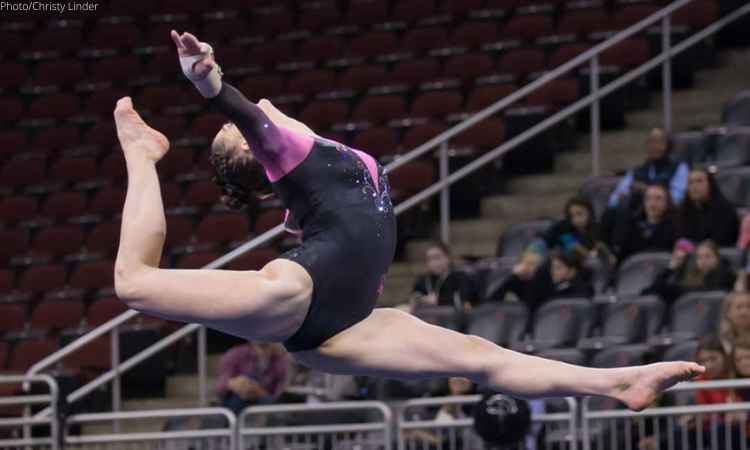 Everyone knows that drafting freshmen for fantasy gymnastics is hard. Sometimes an athlete whose level 10 scores look great doesn’t ever crack a lineup, and sometimes a big elite recruit scores in the low 9.800s all year. The best way to pick out which ones will be strong fantasy picks is to watch a lot of recruiting footage and intersquads—and that’s an awful lot of effort. To save you some of the legwork, we’ve collected a list of freshmen we’re pretty sure will be fantasy superstars.

Note that we’ve tried to include a mixture of teams and backgrounds, instead of focusing on the most hyped freshmen that most fantasy aficionados already know about. But if you want to know more about those big names or if you’re a numbers person who just wants to draft the athletes with the highest level 10 scores, you’re in luck because we’ve written that article, too!

Some fans questioned why Hu didn’t appear in some of our Most Anticipated lists this year. Never fear—those decisions were made entirely by the data and not at all by our personal expectations of each athlete. Hu seems to be in the zone in her first preseason and is featured heavily in Missouri’s social media, so we’re pretty sure she’ll make it big in her first season.

You might have thought to yourself at some point, “Boy, is Payton Richards actually good or is my Florida fan friend just saying that to hide how bummed they are that they don’t have Morgan Hurd and Riley McCusker yet?” We’re happy to report that not only is she actually good, she competed in the all around at Florida’s most recent intrasquad as well.

Hugely talented freshmen at small teams are their own particular kind of risky as a fantasy player. Their lineup spots aren’t as contested as they would be at a bigger team, but there’s the added risk that they’ll succeed yet be underscored. For Sears, we’re willing to take the risk. She was one of the best level 10 bars gymnasts in the country and is doing top tier gymnastics at NIU.

What she doesn’t have in name recognition, she makes up with her gymnastics. Stevens has consistently held her own with the bigger names of this class and even scored a 10.0 on vault in J.O. with her Yurchenko one and a half. Better yet, she’s looked good in training updates from Auburn.

She doesn’t have as big of a name as some, but Subject quietly climbed the J.O. ranks. She finished fourth in the all around at this year’s J.O. nationals and it doesn’t look like she’s slowing down. On a small team like Denver, expect her to see action on all four.

DeMers is the type of gymnast that many will skip out on because she’s on a smaller team. Don’t let that fool you, though. She produced great results in J.O. and should have the chance to show her full potential with the Chippewas.

Don’t skip out on Koulos just because her classmates have more name recognition. The SoCal native and previous UCLA commit can be a late-lineup contributor on floor and competed three to four events at Michigan’s intrasquad.

Bird has strong foundations on all four, but she hasn’t gotten much hype. She recently performed in the all around at the Beavers’ intrasquad. With the other big name in this class, Jane Poniewaz, out for the season, expect her to see plenty of action.