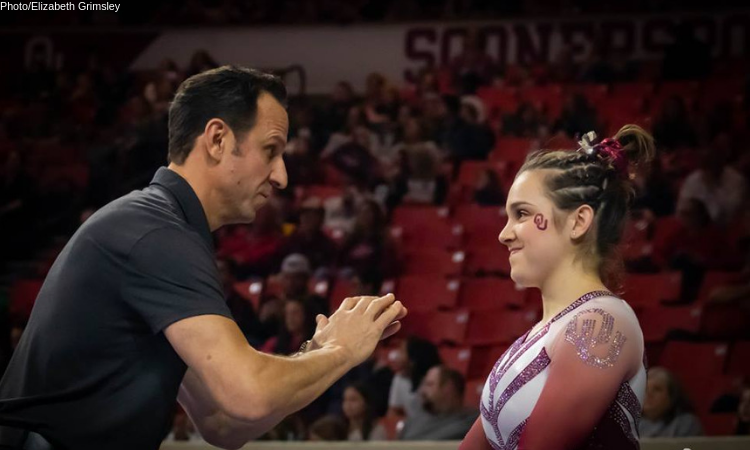 Other notable rankings: California is tied with UCLA for No. 6. BYU is No. 11, and West Virginia and Boise State hold steady at No. 14 and No. 15, respectively.

Other notable rankings: North Carolina kept up its stellar performance on floor, sitting at No. 7 with Oregon State, Alabama and Georgia. UIC is also No. 17, and Utah State is No. 25.

Other notable rankings: Stanford’s Kyla Bryant is No. 12, and Auburn’s Derrian Gobourne is No. 15. BYU’s Shannon Hortman Evans is No. 18.

Other notable rankings: Oklahoma’s Karrie Thomas, a transfer from Maryland, is No. 11, tied with Arizona’s Christina Berg, Brenna Dowell (OU) and UCLA’s Margzetta Frazier. Maryland’s Alecia Farina is No. 21.

Other notable rankings: Southern Utah’s Hannah Nipp is No. 11, and Missouri’s Britney Ward is No. 12. Towson’s Emerson Hurst is No. 13.