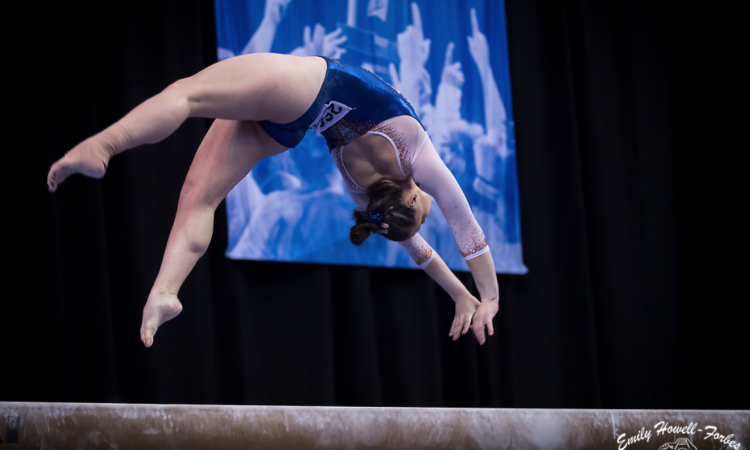 It’s a banner SEC match-up in Baton Rouge, with arguably the top two favorites for the conference championship coming together in what should be a close and exciting competition.

LSU will almost certainly want to forget that last week ever happened after a lackluster performance at Auburn handed the program its first SEC loss in three years. And though it won its season opener handily against Cal, there were enough mistakes in that meet that the Tigers should want to seek a redemption performance tonight to make up for two weeks that weren’t at the top of their potential.

Florida on the other had had more to be proud of when it opened the season at home versus Missouri last week. The Gators looked more prepared to start than they have in any of the past few years, and performances from all but one of their freshmen were a major contributor to that. If Florida can pull off a win against LSU tonight (thereby breaking a home win streak that’s been going since 2014), it will establish itself fully as a title front-runner that means business more than ever before.

Now to the injury report. It’s unlikely how much of a contribution we’ll see from Florida sophomore Alyssa Baumann, who was injured last week in practice and missed the home opener. Her classmate Jazmyn Foberg remains sidelined with an elbow injury. As for the Tigers, McKenna Kelley suffered a minor ankle injury at Auburn, so her status is also unknown for tonight. Junior Ashlyn Kirby is still dealing with elbow issues, and Olivia Gunter is still out, working back from a torn Achilles.

Okay, who’s excited?? Just waiting for Bama/Georgia and we should be starting shortly! No lineups from either teams yet, but we do have this exciting clue…

When you're in the vault lineup and anchoring floor for the Tigers 😉 pic.twitter.com/4OailxBDyR

I’ll be interested to see where Kelley factors in. Sadly, these teams aren’t known for releasing lineups until the meet begins, so bear with us.

Ready to roll from the PMAC! pic.twitter.com/77Df2b2nNL

We’re just getting the stream now that Bama/Georgia is over. Honestly though, watching Dana’s interview was worth it.

LSU will have five 10.0 starts tonight. Really trying to get up there with OU. I think they could do it, but tonight will be a test given some shakiness these past few weeks.

“BIG STICK ENERGY” IS AN ACTUAL SIGN IN THE CROWD. WHY DID I NOT CONSIDER THIS AS A POSSIBILITY BEFORE.

Boren UB (UF): Tkatchev a bit close but it’s good. Handstand before the dismount was a little short, and the dismount itself had a step back after being a little over-rotated. 9.800.

Harrold VT (LSU): 1.5, some legs in the air and a little step forward. Good that she landed it after an inconsistent first few weeks. 9.85.

Gowey UB (UF): Release was good. Some legs on the Pak. DLO looked great in the air but she lands with her chest down and a hop forward. But what a perfect hop. 9.800.

Kelley VT (LSU): Handspring front pike half with a step back. Awesome for her! Aaaand there’s the Mary Lou Retton reference, nice we can get it in early this time. 9.825.

Hundley UB (UF): Again some legs on the pak, but what a textbook Van Leeuwen. So much distance on the full-in and it’s a stick! 9.900.

Schoenherr UB (UF): Good height on the Gienger. Didn’t see much in between but her double front dismount was pretty high. 9.825.

Thomas UB (UF): Lovely lines as expected, but some legs on the Pak. Still a great routine. 9.925.

Skaggs UB (UF): Great handstand. Pak was really close but she saved that. DLO and her legs are pretty much apart, but it’s a good landing. 9.900.

Also, sorry about the Florida scores…not showing up on the stats for me so I’m trying to track them down quickly.

The SEC network’s thought process, apparently: “We have a meet between LSU and Florida tonight. So which school would be the best to advertise? Georgia. Definitely Georgia.”

LSU definitely saw some improvement on vault, and by “improvement” I mean it looks like LSU should be expected to look. However, I’m looking for the extra “wow” factor from the Tigers that usually makes the lineup so spectacular.

Florida’s bars looked pretty on par with where it was last week. Nice work.

Off to bars we GEAUX! pic.twitter.com/fx2B91sYDh

Kathy’s blouse is so adorbs! So was the little moment where she forgot McKenna’s name. We’ve all been there, sis!

Alexander VT (UF): Full, soooo much air and she sticks it. Watching taller gymnasts vault is so cool. 9.850.

Durante UB (LSU): Lovely pirouette. Good Jaeger. A little close on the Pak. That handstand going into the dismount was a bit short, but a nice full-in dismount itself with a step and slight chest down. 9.800.

Chant VT (UF): Love the uniqueness of this handspring vault. Hop on the landing but great power. 9.850.

Dean UB (LSU): That bail was a little crazy but she made it. DLO with legs apart. She made it, but the imperfections will keep it from a huge score. 9.750.

Reed VT (UF): 1.5 and lands with her feet pretty apart, but she got some distance on it. Like…a lot. Good landing all things considered. 9.850.

Harrold UB (LSU): Missed most of this…but good double back dismount and she gets a lot of cheers. So it seemed great. 9.875.

Edney UB (LSU): Not the highest Tkatchev but good lines. Great dismount tonight, legs totally together on the DLO and it’s a stick. 9.925.

Priessman UB (LSU): Tkatchev to Pak nice but some legs on the Pak. That handstand was a littttle short. DLO with legs apart in the end…it looks like not a complete stick but I can see that fooling the judges. 9.95.

Schoenherr VT (UF): 1.5 with huge distance but it’s pretty overrotated and that’s a big hop. So much power though; I can see why she’s in this position in the lineup. 9.825.

Jenny…why did you tell them to think about kindergarten?

Okay, here’s an LSU ad. I have to say, going to a school with a huge outdoor pool in the shape of your logo wouldn’t be the worst thing in the world…

Well, to recap while my stream buffers: Florida definitely showed it can compete with the top vault squads with that difficulty, but the landings have to shape up just a little to get the big big scores. LSU had a good bars rotation too, but it still has some cleaning up to do in terms of the little details. But this competition for now is FIRE.

The Tigers are heading to beam and rotation three in the PMAC! pic.twitter.com/L4L4B0BaJV

Desiderio BB (LSU): Very nice front aerial to split jump. Oooooh that series was almost off, nice save with her feet. Split positions could be just a little more precise. Gainer dismount stuck. 9.850.

Hundley FX (UF): Greatest Showman floor music! I didn’t see last week’s meet so these routines are new for me…please excuse my excitement. Whip double back and double pike are good. Selling it with the dance. Back 1.5 to front lay. Good start. 9.725.

Dean BB (LSU): Liiitttleee wobble on the series but again, saves it. A little hesitation on the leaps. The straddle is a bit wobbled but she saves it. Stuck dismount! I like the mysterious quality to the music. 9.700.

We have a delay before SJS. Making us wait for the magic.

Also, just now appreciating the back of the Florida leo. Love the intricacy.

Durante BB (LSU): Saves the series…good one. Straddle isn’t quite 180. Most of this looks tentative. Dismount close to a stick but not quite. 9.775.

Edney BB (LSU): Some feet on the split jump. BHS loso is good. Front full good, so is the front toss. She seems especially confident this evening. Stuck dismount. She’s having a great meet. 9.900.

Also that music was the opening credits to a movie company that I can’t place. Someone help in the comments bc that’s going to bother me.

Campbell BB (LSU): Really good series. Switch leap to switch half was nice too. Double full dismount with legs apart and pulls them together for a pseudo-stick. 9.900.

Thomas FX (UF): UF bringingggg the double layouts, hers is so huge! A little iffy landing with the back leg. Switch ring great position. Double pike…stunning. 9.950.

Finnegan BB (LSU): Balance check, unusual for her. Side somi is a bit tentative but she fixes it. And a stuck dismount because she has to redeem herself. Just Finnegan things. 9.850.

Baumann FX (UF): Love this music, it suits her. Double back is nice. Sticking with the simpler routine of course. 1.5 to full is very controlled. Nicest leaps I’ve seen so far. Closes with the double back, step but it’s good. She’ll be happy to start her season that way. 9.875.

This was from an hour ago but it’s still just as applicable.

This meet is already 100% intense.

Harrold FX (LSU): Front double full, kinda messy legs but she gets it around. Always having fun with the choreo. Very happy with that double pike landing. 9.875.

Skaggs BB (UF): Nice wolf turn double. Looked a bit tentative at the end but it’s always nice to see that skill in the NCAA when the gymnasts are doing it because they can do it well. Great amplitude on the leaps. 9.850.

Campbell FX (LSU): Lovely two and a half. Didn’t catch the second pass :/ Switch half to Popa, very nice too. The last punch layout seemed a little close but she got it. 9.850.

Hundley BB (UF): Some legs on the series. Shows so much control on the leaps. Front full, nice, and stuck dismount too. Good one for her. 9.825.

Edney FX (LSU): Double arabian, ooooooof close with the landing but she saves it. 1.5 to front layout really nice. Double back, nice. Much better than last week. LSU’s gonna have to put in the work for these last few routines though… 9.800.

Thomas BB (UF): Beautiful series. Front aerial to wolf jump was lovely. Back 1.5 just about perfect, tiny step but they may see it as a stick. 9.900.

Finnegan FX (LSU): Big routine for her.One and a half to two and a half with a little step forward. Switch ring to split jump. Sticks the double pike. It will definitely replace Priessman but will it be enough? 9.950.

Kelley FX (LSU): It all comes down to this. She needs a 9.95. DLO with her chest low. Second pass much better. And the double tuck is…good with the chest a little downward too. But it’s controlled.

This is gonna stick with LSU. What happens next will show us how they react to it.

Twitter moment to recap the madness can be found here.