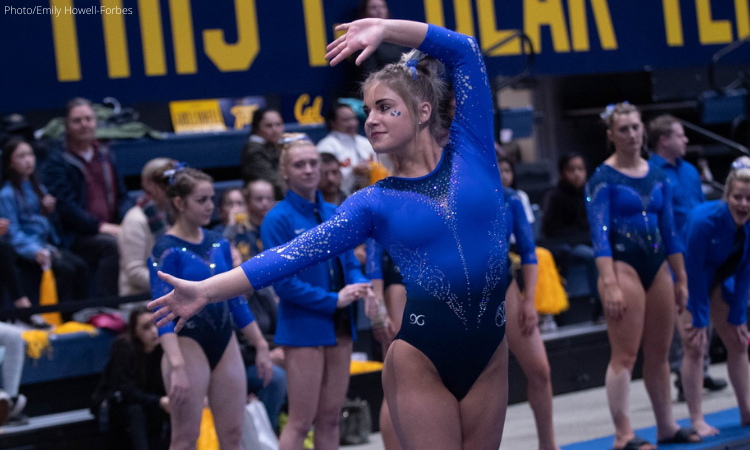 It’s the first intra-MRGC dual meet of the season and I’m here to live blog it all! (Un-honorable mention to Boise State at Utah State that was cancelled due to COVID protocols in the Broncos’ program.)

BYU makes the short drive south to Cedar City to take on Southern Utah. The Cougars’ second meet went somewhat better than their first meet of the season thanks to returning gymnasts from COVID protocols. It still wasn’t a perfect meet, but the Cougars are heading in the right direction. Beam scores were particularly tight last week in Lincoln, so that 195.750 could arguably be a few tenths higher. Sadie Miner-Van Tassell returned to competition last week for BYU, and she did so in grand fashion by competing all around for the first time in her career and taking the all around title. That was made possible by her competing bars (scoring a 9.800), the only event she had yet to compete in her collegiate career. Notably missing last week was floor phenom Brittney Vitkauskas—today should (hopefully) give us a better idea if it is something to be concerned about or just COVID protocols.

Southern Utah also rebounded last week to score a 196.550 after a less-than-ideal performance at the Best of Utah meet. Though an improvement from week one, beam in particular left room for more improvement for the Thunderbirds, as did landings in general. It’s unclear why Karley McClain was limited to floor, but I’d expect to eventually see her work her way back into the all around. She did have some struggles week one, so it’s not entirely surprising to see her have a small break last week. Caitlin Kho also debuted her Yurchenko one and a half last week after years of training it and notched a 9.900 for her performance.

In random, non-gymnastics related news, Southern Utah is apparently giving away an Oculus Quest 2 to a lucky individual who attends three athletic events this weekend and scans the QR code, including this meet.

Anyways, this meet is being streamed on ESPN+, the new home for Southern Utah athletics following its main conference’s switch from Pluto TV. Live stats can be found here.

SUU’s in this leo:

Mason (BYU): great first hs; pretty Maloney to pak, good; hits pirouette; slightly achy final hs but holds on; dlo nearly stuck. Pretty good, minus that final hs. That’s her collegiate bars debut, and it was a good one—I’ve been waiting for her to show a competitive routine since her freshman year! 9.75

Alfaro (SUU): her trademark yfull, tiny hop in place and some chest. 9.775

Impressive first rotation for BYU. With some more slight clean up work, this is truly a great lineup for the Cougars. Southern Utah has some landing work to do on vault. It’s still early in the season, so that should come with time. They’ll also want Karley McClain back in that lineup eventually.

Mason (BYU): yfull, kind of a crunchy, short landing but minimizes the landing deduction the best she can. 9.55

Boy, do we have ourselves a meet! Just 0.025 currently separating these two teams. Southern Utah definitely brought it on bars, while some of BYU’s vaults left much to be desired; The Cougars were at least able to hit 49 on vault and are definitely highlighted by Miner-Van Tassell.

Wissman (SUU): I missed her series at the beginning, but she stayed on; front toss beat jump solid; cartwheel gainer full with a step back. 9.8

Rieder (BYU): fhs front double full front tuck good; did her leaps as I was typing that, they were good; fhs Rudi, solid. 9.7

Miner-Van Tassell (BYU): opens with a double tuck—she’s capable of a DLO though, playing it safe is probably the move this time of the season; nice double pike; leap pass to drop to floor good; ro 1.5 front full, squatty landing but pulls it around. 9.725, yeah, they really dinged that last pass.

Nipp (SUU): front aerial beat, solid; bhs loso, off but saves it with a check; good control on leaps; gainer full, stuck but chest slightly low. Not her best. 9.725

Long wait for Dudley to go on floor.

Vitkauskas (BYU): she’s baaaack! front double full, good; ro 1.5 to lay, solid; nice leap combo; closes with a nice Rudi. Good to have her back! 9.9. THAT’S what BYU needed to close this rotation.

SUU hit beam, which in-and-of itself is an accomplishment. Kind of 9.7y, but hit regardless. I was impressed with Cacciola’s debut in particular. BYU had a solid floor rotation. There were some iffy landings which probably led to the lower scores. Vitkauskas returned, which is a definite highlight and good thing for BYU overall.

Millar (BYU): bhs bhs loso secure; straddle straddle 3/4, good; the standalone cartwheels always throw me off; front full small hop. Good rebound routine for BYU. 9.875. I have real scoring questions rn. These make no sense in comparison to one another. UPDATE: after inquiry, this score went up to 9.875. BETTER.

McClain (SUU): her only event tonight. just a double pike to open tonight, we know she can easily put the full-in in at any time; ro 1.5 to lay good; switch half wolf full, solid; closing double tuck, good landing with a tiny front foot scootch. 9.925

Certainly a good meet for both teams. BYU looked good on beam to close, but still slightly confused at the distribution of scores…Southern Utah had the benefit of home floor and used it to finish with a hit rotation.