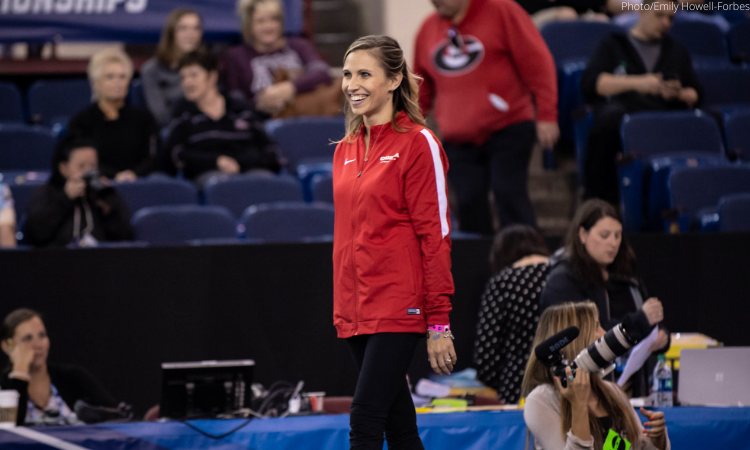 The national signing period opened last week, and we saw over 200 gymnasts sign National Letters of Intent or hold ceremonial signings to reaffirm their commitment to their college programs of choice. Now that the majority of commits have signed, it’s time for our signing class rankings! We calculated these rankings with a formula that uses a gymnast’s total points from our recruit ratings system, as well as other metrics largely based on USA Gymnastics level 10 scores for unrated gymnasts. The formula aimed for a balance of quality and quantity so that a class of seven gymnasts would not necessarily be ranked higher than a class of three gymnasts. In this formula, we only included gymnasts who were either announced as signees by their future school or whom we could confirm held ceremonial signings on or after National Signing Day. For a full list of who signed, see our tracker. For more information on each individual recruit, visit our class of 2022 database.