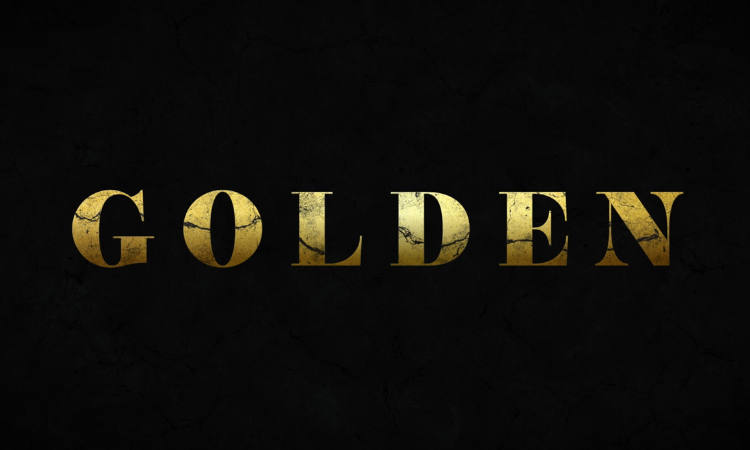 As we get closer and closer to the Olympics, NBC released the first three episodes of its series “Golden: The Journey of USA’s Elite Gymnasts” on its new streaming service, Peacock. Unlike most of the NBC gymnastics pieces from over the years, these episodes take a more serious angle. In short, the episodes are far from “The Ranch” documentary from 2016.

Join us as we recap each episode. If you’d like to watch along, the episodes are available here with a free Peacock account.

We begin at Winter Cup. There are quick shots of Konnor McClain, Laurie Hernandez and Sunisa Lee getting ready to compete and during the national anthem. Tom Forster, the high performance team coordinator of USA Gymnastics, is mic’d up and mentions that “I’m not looking at scores […] I don’t care.” Which is a nice change of pace from Marta—but also completely unbelievable.

Before the competition begins, it shifts to McClain, Hernandez, Lee, Morgan Hurd and MyKayla Skinner talking about how even though gymnastics is hard, they’re going to push through until they make the Olympic team.

Before the intro, we’re met with a montage of the gymnasts training mixed in with childhood videos with the National Anthem playing. It’s artful and impactful in a way few gymnasts’ narratives tend to be, and a good reminder that even if this isn’t the fluff pieces we’re used to seeing with gymnasts, this is still NBC, and it must be very pro-America.

Like any good gymnastics documentary, it tells the story of the 1996 Olympics and how it led to eventual U.S. gymnastics dominance. Perhaps telling the ’96 story is a way for NBC to plug its other new Peacock show, “The ’96 Effect,” but we can ignore that for now.

We then get an explanation about how hard making the U.S. Olympic team legitimately is. I do appreciate the use of footage from past Olympic trials—especially the clip of Nastia’s bars fall. You know the one.

Next, in two minutes or less the documentary tries to cover everything that has happened in USAG in the past four years—the sexual abuse stories, Forster taking charge, COVID-19 pushing back the Olympic games. I’m more than happy to have a documentary around the gymnasts, but those were all, like, important things…

Konnor is the first gymnast profiled, and they seem to make a point of showing that West Virginia is really, really cold.

These next scenes really capture what “Golden” set out to do. They’re intimate moments of Konnor getting ready for practice and fighting with her brother, humanizing Konnor and making her out to be more than just an athlete.

Similar to West Virginia, we begin Suni’s profile with a shot of someone ice fishing in Minnesota, where they make it really clear that it’s even colder than the really, really cold in West Virginia.

There is a quiet simplicity to these shots of Suni in the gym. It’s just Suni, her teammate Ciena Alipio and her coach, Jess Graba. Suni gives Ciena bars advice, and they refer to Suni as “Coach Suni.”

I will say, almost all of the shots in “Golden” are artful; however, I need to know who thought shooting bars from this angle was OK.

They juxtapose videos of Suni from 2019 nationals and commentary about how great her bars are with a quick change to her sitting on the floor getting her ankle wrapped as she talks about her Achilles pain. It feels personal, like you’re in the gym with her.

Back to Konnor now (don’t worry, we see more snow to really hammer home that we’re in West Virginia) where we watch her practice in the gym while old news segments about how she was a new Olympic hopeful play.

We then get an explanation as to how the Olympic selection process works, where they explain how a gymnast’s placement at trials may not actually matter. Knowing how the 2021 team turned out, the explanation seems irrelevant in hindsight.

We then see Morgan at the gym. We see lots of clips of Morgan at the 2017 world championships, and let me say, I completely forgot how young she looked at worlds. They talk about how Morgan needs to show that she’s still that gymnast, and 2019 was a fluke. Oh, to be as naive as we were in February.

Now we shift to Arizona, where MyKayla is training. It looked at least 40 times warmer than West Virginia and Minnesota.

MyKayla sits on the floor during training trying to catch her breath. But she’s struggling. They tell the story of how she got COVID-19 and has since had trouble with her routines because her endurance isn’t back to where it was yet. This is the type of content that makes “Golden” so good. It makes you sympathize with athletes who are normally painted to be untouchable.

Back to Morgan, who’s working on bars and struggling to catch her releases. She talks about her elbow and how she isn’t able to straighten in. On one hand, I love hearing these stories, and it shows how hard they work. On the other hand, the more I watch this, the more it makes me never want to put my future child in gymnastics.

We then hear and see Laurie playing her guitar in her apartment in California. We hear about Laurie during the 2016 Olympics and how the emoji persona she portrayed in Rio wasn’t really her.

She trains bars as her coaches cheer on her every move (like every single one), which is adorable. If you didn’t love Jenny and Howie before, you definitely will now.

The moment is ruined just a tad by Konnor’s pastor asking her to show them her gymnastics, which is weird, but she still does back handsprings for her.

Back in California, we watch Laurie put on a facemask while she talks about how she’s handled her comeback and how online perception impacts her. She FaceTimes her mom, and again, it feels wonderfully personal. Her mom tells her how much she misses and loves her.

MyKayla is then seen practicing her floor routine, as her coach talks about how they’re handling her return after COVID. She still struggles to catch her breath.

Morgan’s coaches talk about how she’s not ready for Winter Cup. This scene has a lot more tension than the past ones, as she can’t catch her release. The effort these gymnasts have to put in becomes clear as she goes again and again.

The episode ends with a return to talking about how hard it is to be an Olympian. Dawes provides more of her insight about training to be a gymnast and leaves us with the sentiment that she doesn’t think gymnastics was worth the suffering.

READ THIS NEXT: Last Week in College Gym: July 5