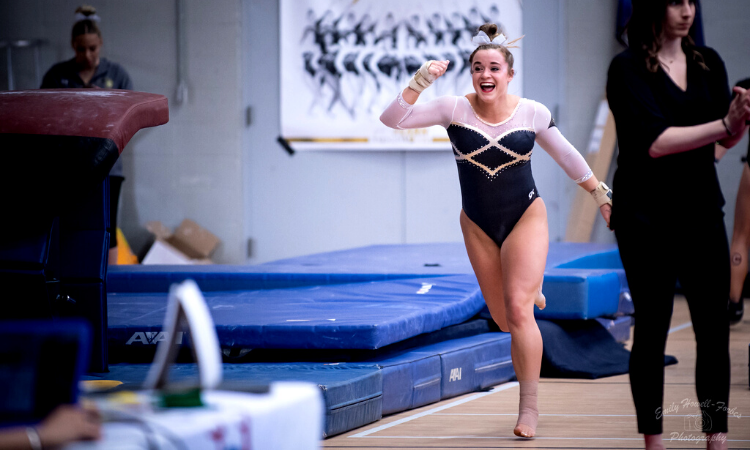 At the first conference championship of the 2021 season, Lindenwood sealed its victory in the MIC with a 49.050 on vault that echoed its excellence on the event all year. The Lions finished the regular season ranked No. 27 on vault after being ranked in the top 30 nationwide all season and even topping out at No. 14.

The excellence of this lineup came as something of a surprise since none of its regular contributors were newcomers. In fact, all four of the team’s highest-ranked vaulters are seniors, and three of those veterans qualified to NCAA regionals on this event.

“I know this sounds…not very deep…” senior Courtney Mitchell laughed, “but our philosophy on vault this year was to just have fun. Vault came naturally to us. For the senior class, vault is our favorite event to do. We work together on vault, and it’s the event we look forward to.”

Two of the four seniors who lead the vault team compete Yurchenko halves. This vault is notoriously temperamental among fans, who know all too well how easy it is to sit, but for the Lions these two vaults are a strength.

While Mitchell twists early and produces a more classic Yurchenko Arabian, classmate Aleah Turon leaves the twist a little later to get the maximum payoff from her massive block. Friendly competition between the two has driven them both to improve.

“She’s very powerful, and you can see she goes sky high where I don’t have as much height as she does,” Mitchell said. “I would say hers is more technically correct than mine, and I worked to get my block to where it looks like hers.”

The bond between the senior class is intense, to the point that none of the gymnasts plan to take their fifth year of eligibility so that they can end their careers together. Before they leave, though, they made a point to pass their experience and team culture on to the freshman Lions in a year when the team was more fragmented than ever.

“We missed so much of the bonding and team building, and with the training pods, the freshmen weren’t able to mix with other classes at the beginning of the year,” head coach Jen Llewellyn said. “It was literally the eight of them. I think the seniors did a fantastic job of telling them how things worked early in the year. They showed by example that they weren’t all cohesive their first year, and like any relationship, you’re not going to be best friends day one. The seniors said that they’re so happy to have built this incredible bond over four years, and it was so fun for the freshmen to hear that and see the bond they’ve built every single day.”

After a win at the MIC championship, Lindenwood will enter USAG nationals as the top-ranked team and the undoubted favorite. The Lions’ advantage is compounded by a great draw: After starting the meet on a bye before bars, they’ll face their best event, vault, in the last rotation.

The national championships bring extra excitement to the Lions this year. It’s being broadcast on ESPN+ rather than the school-specific live feeds fans have watched in years past, which means that competing gymnasts will be able to go back and watch the broadcast once the meet is over. While this might seem second-nature to fans, it’s a rarity at a level of competition where competitions being archived at all is infrequent at best.

First, though, the Lions have some goodbyes to say, as a critical senior class departs and a transition between generations begins. The first goodbye took place on Wednesday, as Lindenwood had its last practice at home before travelling to Cape Girardeau for the national championships.

“It turned into a complete emotional happy-cry fest,” Llewellyn said. “But it’s been so fun to watch them really embrace who they are in this team and this program, and I think they have so much potential ahead of them thanks to the seniors that are helping mold and lead these young athletes with their experience.” 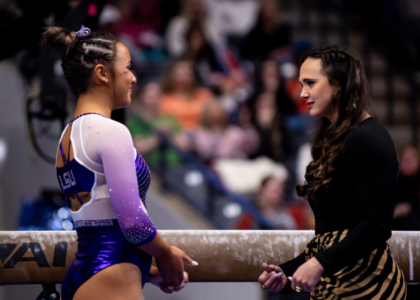 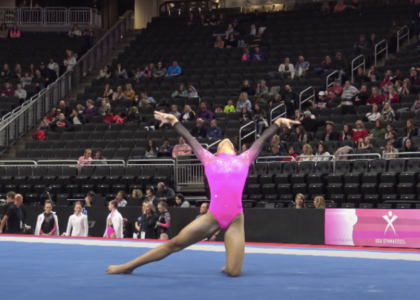 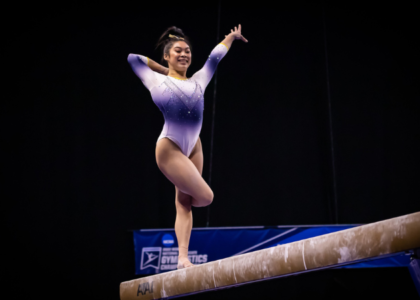