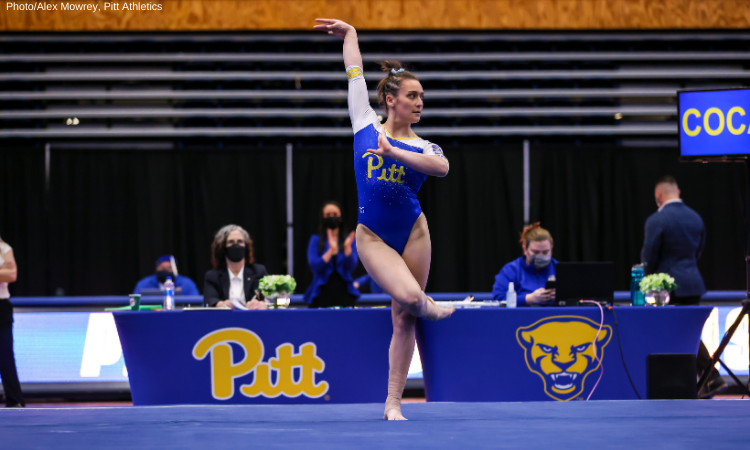 Hello from Fitzgerald Field House for Pitt’s final regular season home meet! Pitt and WVU have a long-standing rivalry, known as the Backyard Brawl, and this is the second of three meetings between these two teams this season. Last time out, WVU defeated Pitt by a score of 195.90 to 194.175.

This meet is important for WVU, as it sits right on the regionals qualifying bubble. This is the Mountaineers’ final away meet of the season, so they will want to put up a big number here to avoid counting a low 195 in its NQS. They have yet to score into the 196s this year, which most of the other regionals bubble teams have already done, so there’s still a bit of work to do to qualify to regionals.

For Pitt, qualifying is likely off the table, but an upset win over their biggest rival would be huge for the Panthers. It’s been an up-and-down season for them this year, but it hasn’t been without some highlights. Sixth-year Katrina Coca competed in the all around last week for the first time in her career.

Holmes-Hackerd (WVU): good piked jeger to shootover, nailed the blind full, double back with a step – 9.775

Good start for both teams! Glad to see Ward back and Pitt having a lineup of six again. WVU on 196 pace. It’s early, but it’s where they want to be.

Good rotation from both teams. Waldron and Linnen missing tonight, so WVU not full strength on vault but pulled out a solid rotation. Career high from Miller on bars!

Another good floor rotation from WVU! I really like what Zaakira Muhammad has done with it this year. Pitt solid on beam, but had to count that 9.5.

Well…that was quite the crazy turn of events. WVU has to count two falls on beam for an unusable road score for NQS, and Pitt takes the victory. The Mountaineers are going to have to count a 195.300, which makes qualifying to regionals a lot more difficult. Pitt’s going to be happy about that Backyard brawl win. The series is tied, and these two teams will meet again on Sunday. 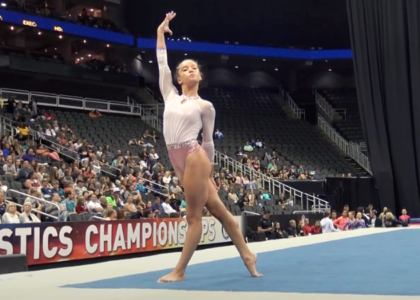 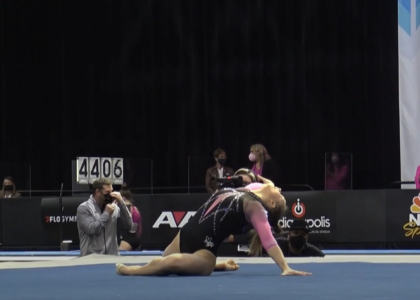