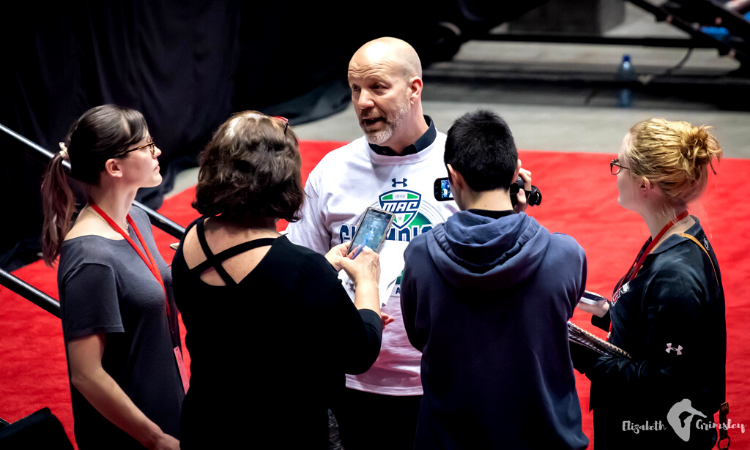 We’re not just sports writers over here at CGN; we’re also sports fans. Part of walking the line between the two means reading a lot of sports journalism! We wanted to highlight some writers and outlets we admire, and hopefully introduce you to some new journalists to follow. We also take inspiration from this universe, and think it’s important to give props to the people we look up to.

Who are your favorite sports journalists?

Elizabeth: I want to touch on three, who each represent a different type of great writing. The first is Wright Thompson, who writes for ESPN and whom I consider to be the GOAT of sports journalism. Thompson has the ability to get details out of subjects you thought impossible. His writing is almost poetic. Heck, he read an email he was writing to Barry Bonds to our class in college that was better and more engaging than anything I’d ever or likely will ever write. He has an anthology out that’s a great starting point if you want to check out his work.

The second is The New York Times’ John Branch, who managed to write a fantastic longform piece (that eventually was expanded upon and turned into the book “Boy on Ice”) that didn’t even include quotes from the person the story was about. That’s talent. Branch’s original series about the hockey player was a finalist for the Pulitzer Prize for feature writing in 2012, and he went on to win the award the following year for “Snow Fall.”

Finally, a relatively new addition to my favorites is Ryan S. Clark of The Athletic, who covered the Colorado Avalanche up until a couple weeks ago and will be moving on to cover the new Seattle Kraken franchise. He illustrates perfectly why I value his journalism in this piece he penned to Avs fans to say thank you and goodbye. Here’s a short excerpt: “Humanity can often be a complex subject when it comes to journalism. Our job is to be objective. Fairness is the only doctrine that matters … [It] will not always result in getting more followers or extra clicks. And frankly, nor should it be that way.”

I also need to give a shoutout to Tommy Tomlinson who wrote “The Elephant in the Room,” which I highly recommend. I inhale his newsletter the moment it hits my inbox each week.

Emily M: I have to start by calling out Doris Burke. She’s part of ESPN’s B-team of on-air NBA talent—although she belongs on the A-team—and she is everything I want someone covering sports to be. She’s smart, she knows the game, she’s brutally honest and she’s not afraid to still be a fan of the sport. When something really exciting happens, she’ll get excited about it on air, and it’s so human and so relatable. She’s also a trailblazer: She was part of ESPN’s radio coverage of the NBA Finals this year, the first woman to ever cover the Finals in any capacity for ESPN.

Barry Petchesky is another favorite. He’s over at the newly minted Defector, after the hullabaloo at Deadspin last year. Petchesky was fired by Deadspin’s venture capital owners for refusing to stick to sports. I firmly believe sports are part of a whole, and no outlet should ever be called on to “stay in their lane.” I admired how he—and most of the staff—exited and formed anew as Defector. It took a lot of guts in an industry losing jobs, and is exactly what we need in sports writing. He doesn’t write too much any more, as the deputy editor, but his commitment to his beliefs remains admirable.

Closer to home, the Chicago Tribune’s Paul Sullivan is a constant and comforting voice. He knows just how to speak in the local vernacular, to make his hometown coverage relatable and so very Chicago.

I have to say I also really admire Emily Giambalvo. She was in college with Elizabeth, so maybe I’m a little biased, but I’m always rooting for her at the Washington Post. Her piece on Michael Vick that landed in the Best American Sportswriting anthology this year had me in tears.

What are some of your go-to sites for sports journalism?

Elizabeth: The Athletic is my No. 1 for the mainstream stuff. Other than that, I really rely on my favorite journalists to share the things I should be reading on their social media. Branch is particularly good at this. I like his writing, so I know he won’t steer me wrong when suggesting a story by another journalist to read as well—whether it’s about a woman who surfed a massive wave off Portugal or the California wildfires.

Emily M: I watch a lot of sports, but really only regularly read about gymnastics and the NBA. The Athletic’s NBA coverage is unmatched, but ESPN stands out as well. There is a fun little competition between the two to break news: The Athletic’s Shams Charania vs. ESPN’s Adrian Wojenowski. Their Twitter feeds are can’t-miss when it comes to trade rumors, coaching changes and draft time.

What, to you, are the qualities of a great piece of journalism?

Elizabeth: Simply put, the storytelling. It’s not just a list of stats or some filler words interspersed between the quotes. The best stories get to the heard of a person, tell the reader something they don’t know and couldn’t find out on their own. The best stories read like novels, not articles; they include details that make you wonder how the journalism got them in the first place—surely they weren’t there for that moment, right?

Emily M: I want to feel something. I want to know why this game or that catch matters. I want to be in the moment with the subject or the crowd. Journalism that takes me to that emotional place is always my favorite.

Elizabeth: The more journalism your read, the more you think about how the sausage is made—or at least I do. I want to know what question was asked to get that sort of response from an athlete. I want to know what sort of notes the journalist took in simple observation. I think all of that boils down to being personable and knowing how to toe the fine line between friendly and friends.

Emily M: It has taught me to be less afraid of interviews! You have to ask hard questions to get good answers, and that’s what makes up the guts of a piece. Just having guts in general, also. The Deadspin/Defector situation is an example of that.

What are your aspirations as a writer for CGN?

Elizabeth: I don’t do as much writing myself, but my goal from the first day I brought on other contributors has been to produce the kind of journalism we can be proud of. We publish a feature every now and again that makes me incredibly proud of the writer, the story written and what the site has become to get to that point. Emily M’s University of Houston story comes to mind, as do Claire’s leotard design feature and Katie N’s UIC farewell.

Emily M: I want to make my short post-meet features better. It’s hard to write a quick 250-word event wrap-up and make it more than just “X, Y, Z happened.” It’s really a skill, and takes strong interviewing skills and the ability to come up with the vision for a story (so you can craft those questions!) in the 10 minutes between the end of a meet and the start of media availability. It comes back to Elizabeth’s point about storytelling. A journalist has to be mindful of the stories happening during an event so they can later communicate that story to readers. I’m not great at it! It takes practice.

Where can people go, or what tips do you have, if they want to consume more great journalism (besides all the many ways you’ve already mentioned)?

Elizabeth: I get the latest “The Best American Sports Writing” collection of longform articles each year for Christmas. It’s filled with 20 or so of the best pieces written that year and is a great springboard. Even if you don’t love every article in the book, you may just discover a new favorite journalist. Pro tip: Don’t skip a story just because the topic doesn’t seem interesting. Wright Thompson made fly fishing interesting in one of my all-time favorite features, so anything is possible.

Emily M: Elizabeth made this point, but follow journalists on Twitter! They’re a great place to start. You’ll begin to learn what tone or topics appeal to you, and before you know it you’ll be reading sports pieces about…I don’t know, curling, and be enraptured.

READ THIS NEXT: CGN Roundtable: Design Your Ideal Conferences 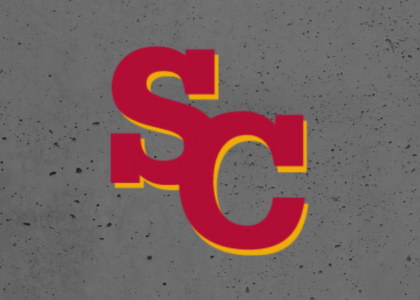