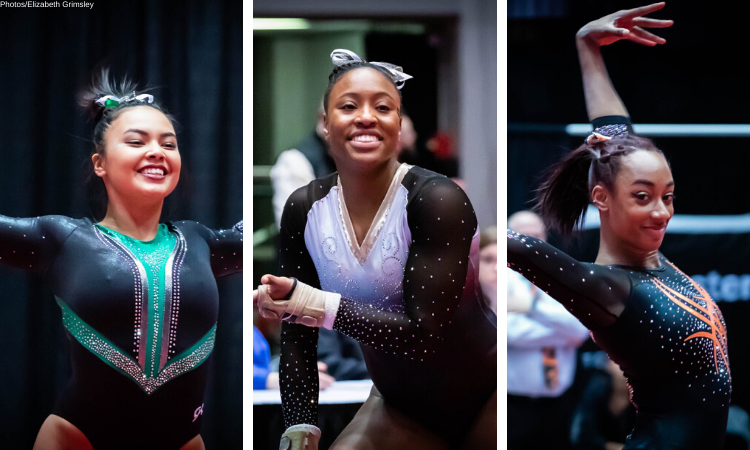 The Mid-American Conference is a large and competitive group of teams that often flies under the radar for casual gym fans. This conference is separated by just over a point, however, with most teams actually finishing within mere tenths of each other by the end of the season. This means exciting matchups every single week and never truly knowing who will end up on top. Even though these teams ended 2019 below the first half of the conference, they are bringing back a majority of their routines from last season and have exciting freshman classes to boot.

The 2020 season will be here before we know it! And with preseason training in full swing, it’s time to start looking at the teams and how they might fare when the action kicks off in January—from who’s expected to compete, holes coaches need to fill, exciting upgrades you might see and more.

Eastern Michigan is losing some key contributors in 2020 but is still returning to competition with a strong group of gymnasts—most notably, stand-out senior Emili Dobronics. In addition, the Eagles have a big freshman class, including 2019 J.O. national qualifier Mickayla Stuckey—which should set the Eagles up for a successful 2020.

How It Looked Before: Vault was the weakest event for the Eagles in 2019, where they finished ranked 49th with an NQS of 48.760.

How It Looks Now: Of all the events, this is the one where the Eagles will most need to rely on the huge freshman class to step in and make an immediate impact. They are losing three routines (from Allison Smith, Megan Hultgren and Ciara Gresham) but freshmen Molly Parris, Mickayla Stuckey and Missouri transfer Xarria Lewis all provide Yurchenko fulls that could be lineup worthy.

How It Looked Before: Bars was a consistent event for the Eagles in 2019. They have some standout routines, including junior Courtney Bezold who qualified to regionals for this event.

How It Looks Now: Unlike vault, they are only losing one routine and therefore won’t have much ground to make up to keep things where they were. They are also gaining some stellar routines from this years’ freshman class, notably from Mickayla Stuckey, Haydn Crossen and Molly Parris.

How It Looked Before: Beam was a solid event for the Eagles in 2019, and they are not losing any big routines going into this season.

How It Looks Now: The Eagles are looking good on beam, with especially strong routines from Emili Dobronics and sophomore Caitlin Satler in the lineup. In addition to that, they are returning almost their entire lineup from 2019, and they have some freshmen that should be more than capable to compete for a lineup spot. Look for Stuckey in particular to make an impact here.

How It Looked Before: Floor was the Eagles’ best event in 2019, and they are only losing one routine.

How It Looks Now: The Eagles looked great last year and will likely look even better in 2020. Dobronics and Jada Rondeau truly stand out on this event. Plus, watch for Stuckey, who has competed in dance as well as gymnastics, to bring a fun floor routine to the lineup as well.

Eastern Michigan had a very solid season in 2019, finishing fifth in the MAC during the regular season and third at the conference championship. Overall it is gaining more routines than it is losing and have some very exciting new prospects on its roster.

The question for the Eagles is whether they can build on their already strong routines to improve this season and take advantage of a very strong freshman class. If so, they will undoubtedly find themselves very much in the mix of challengers for that MAC title.

The Broncos finished sixth overall in the MAC and will be eager to build on that ranking in 2020. While they are losing some big performers, most notably graduated senior Rachel Underwood, they have a strong freshman class that will be eager to prove themselves and make lineups.

How It Looked Before: Vault was a relatively consistent event for the Broncos, but they will be losing two key routines here from Underwood and transfer Shailyn St. Brice.

How It Looks Now: Three of the incoming freshman have Yurchenko fulls that have lineup potential, specifically J.O. national qualifier Payton Murphy. Those, in addition to the gymnasts returning from last year, should more than makeup for the deficit left by the routines they lost.

Trending up, down or too early to tell? Too early to know for sure but likely holding steady.

How It Looked Before: Bars is a fantastic event for the Broncos. They finished first in the MAC and 25th overall on this event, and it will likely only improve in 2020.

How It Looks Now: Western Michigan will be returning all but one routine, and adding phenomenal sets from freshmen Ronni Binstock and Payton Murphy. Bars should remain a strong event for the Broncos.

How It Looked Before: Beam was a relatively consistent event for Western Michigan, albeit not its best. Not having Rachel Underwood in this lineup will be noticeable.

How It Looks Now: Like bars, the Broncos are only losing one routine here, and they have some very capable freshmen that should be able to step into that lineup spot, even though it is a big spot to fill. Both Charlotte Tishkoff and Payton Murphy bring pretty beam routines into the mix and are worth watching for.

How It Looked Before: Floor is the Broncos weakest event, and it is one they will need to improve upon if they want to contend for the MAC title.

How It Looks Now: Unfortunately, the loss of Underwood is most felt here, as she was the consistent top scorer for the Broncos. The returning classes and the incoming freshmen will both need to step up to make this event stronger.

Trending up, down or too early to tell? Trending down.

Overall Western Michigan will find itself in a very similar place to last season, even with the big absence left by Rachel Underwood. While losing those scores will certainly sting, the Broncos are otherwise heading into 2020 with mostly the same roster and don’t have multiple gaps to fill. The question for this team will be whether it can rise to the challenge of replacing those regular big scores and improve upon what it did last season.

Of all the teams in the MAC, Bowling Green will be facing the most turnover. It is losing seven gymnasts, most of whom were staples in the lineups, and bringing on six freshmen. It has two strong events (vault and beam) and two events where it will be looking to improve.

How It Looked Before: Vault was a solid event for the Falcons, lead by senior Jovannah East.

How It Looks Now: The Falcons will be returning most of their lineup from 2019, including Tess Muir who is returning from injury. Adding in potential vaults from the incoming freshmen should only boost their scoring potential.

How It Looked Before: Bars is the Falcons weakest event, and unfortunately it is also the one where they will be taking the biggest hit going into 2020.

How It Looks Now: There are only two routines that will carry over into 2020, and the return of Alex Fochner on this event will be key. The Falcons have other gymnasts more than capable of stepping into this lineup, but time will tell who they are. Look for Lily Harsch and Broklynn Bloxom to make an immediate impact here.

Trending up, down or too early to tell? It is going to be difficult to essentially rebuild an entire lineup, so expect bars to take a hit in 2020.

How It Looked Before: Beam was the Falcons’ strongest event in 2019. Like bars, however, they are losing some solid routines here going into this season, and will likely take a hit because of it.

How It Looks Now: They have options here, and it will be interesting to see which gymnasts emerge as standouts for lineup spots as the season gets closer.

Trending up, down or too early to tell? Beam is a tough event to rely on newcomers to make an immediate lineup impact, but the routines that are carrying over are strong. Expect beam to mostly hold steady.

How It Looked Before: While not its best event, floor was relatively consistent for the Falcons in 2019. This was now senior Jovannah East’s best event as well.

How It Looks Now: As mentioned before, there is a lot of turnover for Bowling Green this year, and floor lineups will be the most susceptible to this. It will need the incoming freshmen to really step up and make an immediate impact. That said, it has some strong floor workers joining the team this year, so it will be interesting to see what happens.

Trending up, down or too early to tell? Too soon to tell.

It’s hard to get around the fact that Bowling Green lost a lot of strong routines this year. In addition to that, there have been coaching changes as well—and typically that much turnover signals a rebuilding year. However, if the Falcons are able to hone in on the incredible talent they have and remain consistent on their good events and improve on their weaker ones, they should be able to maintain their ranking going into 2020. 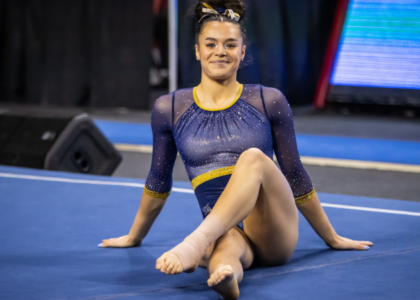 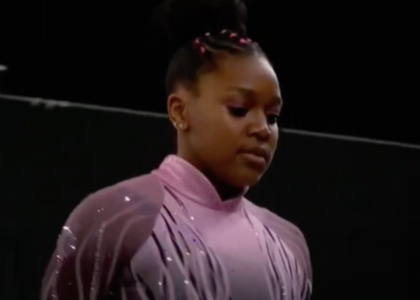