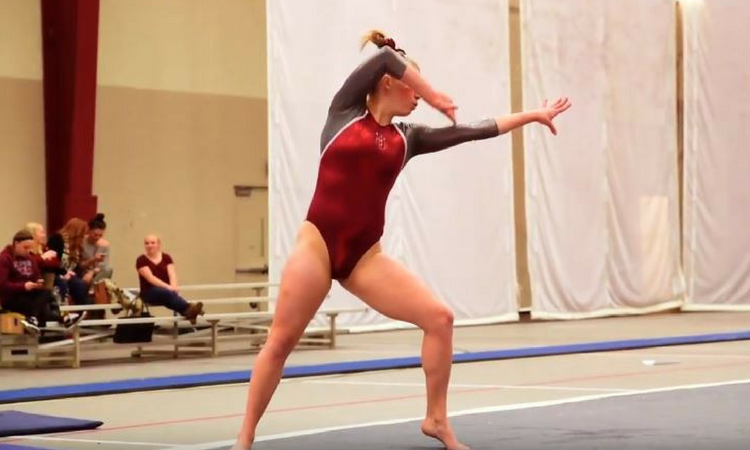 Division II action stepped it up a level this week, with all six teams recording season high scores. Texas Woman’s set a new “highest of the season in DII” team score on Sunday (also the highest in USAG and MIC) only to be overtaken by Lindenwood two hours later. The back-and-forth between these two teams has been so compelling this season; keep an eye out for them to go head to head twice this postseason: at the MIC Championship and then at USAG nationals.

The big story of DIII action was the WIAC Championship/NCGA West regionals, in which perpetual conference leaders UW-La Crosse and UW-Whitewater expectedly advanced to NCGA nationals. They will be joined by underdog Hamline who had an incredible Cinderella story, scoring a program-best mark to qualify for the first time in around a decade. Meanwhile, NCGA East action continued; Ithaca College continued its amazing season with a program high mark, and both Ithaca and Rhode Island College gymnasts broke individual school records.

Texas Woman’s set several season highs on the way to a narrow and shocking upset of DI Iowa. Three Pioneers walked away with event titles—Brandi Lazarus on vault, Alyssa Kelly on beam (tying her career high) and Schyler Jones on floor. Jones also won the all around. The Pioneers led at the midpoint after a difficult bar rotation for Iowa, but the Hawkeyes stormed back on floor and narrowed the margin. Ultimately, though, it’s difficult to stage a comeback against TWU home floor, especially with the stellar one-two punch of Mallory Moredock and Jones closing the rotation. The Pioneers got the win by a margin of only half a tenth and recorded the highest team mark of the DII/USAG season, only to be overtaken by Lindenwood mere hours later.

Texas Woman’s set a challenge with its season high on Sunday afternoon, and Lindenwood answered two hours later with one of its own that immediately overtook TWU for the highest score of the season in DII, USAG and MIC. The Lions began with an outstanding 48.800 on bars, led by Ryan Henry and Kierstin Sokolowski. It continued with a program record 49.175 on beam, with no score below 9.775. Sokolowski’s 9.925 in the anchor position led the team and came close to her own program record 9.950. Andy Alexander led the team on floor, finishing an outstanding day where she scored 9.800+ on all three of her events, and Sokolowski’s meet-winning vault led the Lions to an upset of DI Bowling Green.

La Crosse, Whitewater and Hamline advanced to NCGA Nationals out of the west regional, which also served as the WIAC conference championship on Sunday. La Crosse upset defending WIAC and NCGA champion Whitewater with a 191.875 for its 24th WIAC title. Its final score is the fifth-best in program history, and it tied its program record on bars. La Crosse gymnast Samantha Wiekamp claimed the WIAC all around title while Brooke Kachinsky won bars; she was La Crosse’s fourth consecutive WIAC bars champion.

Whitewater’s second-place finish was its 10th consecutive top two result at the WIAC Championship, qualifying it to NCGA nationals for the 12th straight year. Whitewater and La Crosse are both incredibly competitive teams who regularly trade off the upper hand in WIAC and NCGA action, so Whitewater won’t be too upset to concede this one—both teams are in serious contention for the NCGA title. It registered a season high score that was also No. 8 in program history and took home two event titles from Kate Mierow on floor and Franchesca Hutton on beam.

Hamline dazzled to claim third and qualify to NCGA nationals for the first time in around a decade. The Pipers were ranked sixth in the eight-team field coming into the meet and finished eighth last year, so finishing top three is a massive accomplishment. The Pipers’ team total was a school record, and Sydney Tribbett took home the floor title with a 9.750. Morgan Bradford led the team on bars, its critical fourth rotation, with a career high of 9.525. 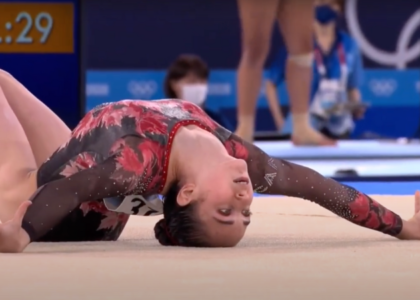