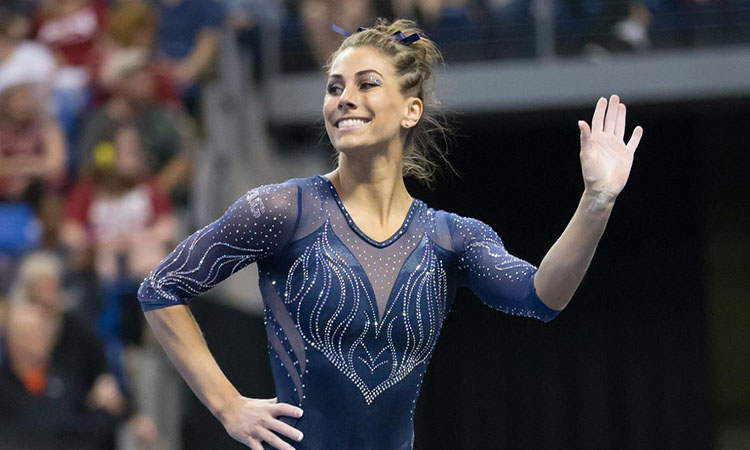 We have arrived at Michigan’s first road meet of the season—a huge test for the Wolverines. Can they put up a 197-quality performance on the road? The answer to that question tonight will say a lot about what to expect from the team the rest of the season. We are not even close to looking at RQSs yet, but Michigan would do well to put up a road score they’ll want to count early. Lineups seem fairly secure, but keep in mind that Brianna Brown performed an exhibition vault last week and Syd Townsend performed an exhibition floor routine, so we may still see some small adjustments.

Illinois debuted last week in the Rugters quad, breaking 49s on bars and beam. Vault and floor were more of a struggle, keeping the Illini at a 195.1, so look for some changes in those lineups. We haven’t yet seen Sarah Lyons, who returned to the team late in the preseason for her redshirt senior year. When she is back to form, we can expect her on bars and possibly vault. This meet is also a test for the Illini, and the first time we get to see how this revamped it looks thanks to the lack of video last weekend. How will Nadalie Walsh’s squad perform at home?

Injury report: Maddy Osman (Michigan) is likely still out with a knee injury sustained just before week one. MJ Horth (Illinois) has an unknown ankle or foot injury and has not competed yet nor shown training videos.

This meet is Illinois’ Salute to Service. The Illini will be wearing new camouflage-inspired leos, and the Wolverines are sporting camouflage ribbons.

We will be wearing these camouflage ribbons tonight to coincide with Illinois’ Salute to Service Meet! #MGoTroops pic.twitter.com/b1ci5rmtIe

These will be our leos for tonight as we compete at Illinois at 7 p.m. CT. #GoBlue pic.twitter.com/tu9lyLEsAm

Michigan’s projected lineups are in.

Projected lineups for our meet at Illinois. #GoBlue pic.twitter.com/qhKHusVf3a

WELL FOLKS. Some bad news. We rely on FloGymnastics for our BTN action around here, and they seem to have dropped this meet at the last minute – there was a working link that now goes to an error. If it is a mistake and a link appears, I’ll jump in, but for now, it looks like no liveblog tonight.