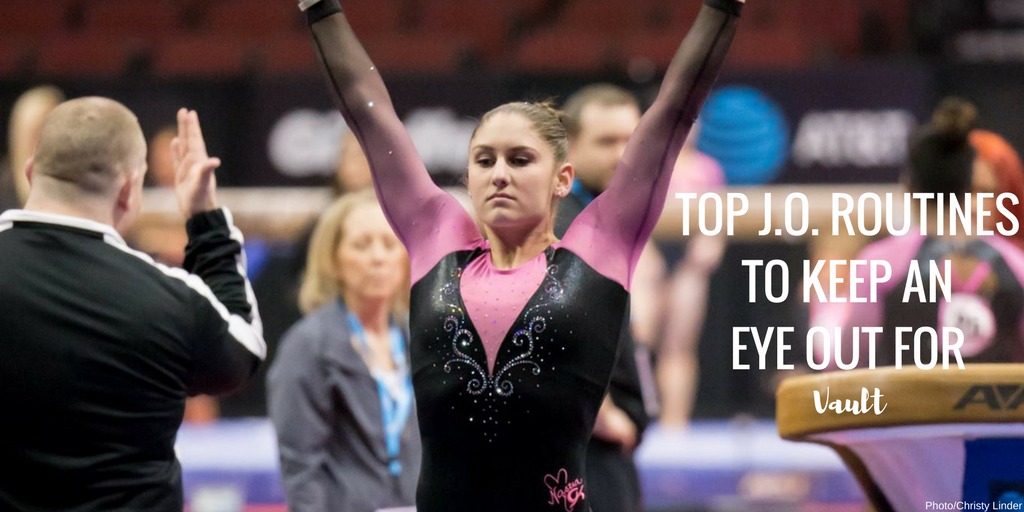 ​With the sheer number of incoming freshmen it can be difficult to sort out who may consistently deliver a high score on an event week after week. In an attempt to narrow it down, we broke down the top 10 on each event based on their average score in J.O. this season (plus a few honorable mentions that either did not make nationals or haven’t been mentioned previously).

For the sake of an accurate picture of a gymnast’s abilities, a single low score on each event was left out of the average if it was more than a point lower than the next lowest score. This prevents bad days and injuries from majorly skewing a gymnasts’ average. Also, for fairness, gymnasts with less than three scores on an event were not included to prevent skewing in the other direction.

Over the next four days, take a look at the top gymnasts across the four events that will be joining your favorite team in 2018. Today we’ll look at vault, followed by bars on Tuesday, beam on Wednesday and rounding things out with floor on Thursday.

​While the double-twisting Yurchenko is not likely to appear immediately as Dickson transitions to NCAA, hervault could be a high scoring option for Alabama in the near future with a little work on cleaning up knees and feet at the end of the skill.

​Dennis gets good height off the table and is clean in the air but has struggled with controlling the landing on the full this year, keeping her scores down in the 9.7 range. This may end up working in UCLA’s favor, however, as it has been hurting for 10.0 start value vaults and will be looking to upgrade as soon as possible.

​Ramler brings Minnesota difficulty on all her events, including a Yurchenko 1.5 on vault. Her knees and feet can get a little messy in the air, but her landings are generally safe and only in the one-tenth-or-less deduction range on her landing.

​Lawson’s Yurchenko full has clean form in the air and solid landings and will likely be counted on to put up solid scores on a weekly basis for the Cardinal.

​Graber has one of five 10.0s on vault this season for level 10s and is only one of three who will be freshmen this year. However, a 10 in J.O. doesn’t quite amount to a 10 in NCAA as the start value of the Yurchenko 1.5 in level 10 is actually from a 10.1. However, it does mean likely 9.9s in NCAA, which will significantly help Alabama’s vault lineup.

​Much like Lawson, Skaggs’ Yurchenko full gets good height and, with her straight legs and pointed toes, should score well in NCAA. She also performed a double twisting Yurchenko in elite that demonstrates good potential for her to upgrade when healthy—though Florida’s vault lineup may be tough to crack next year as it already has a plethora of 10.0 starts battling for spots.

​Brown has not scored a 10.0 on vault this year although the vault she did at the Nastia Liukin Cup nearly hit the mark. Her vault is powerful and will pack an impressive one-two punch when combined with Maddie Karr’s next year.

​Penn State lost its only 10.0 start last year when Emma Sibson graduated, so Bridgens’ solid and consistent Yurchenko 1.5 should been expected in the lineup on a regular basis and will likely score well.

​Watson scored a 10.0 this year and regularly hits the 9.8+ range. She occasionally steps forward out of the vault due to the blind landing, but generally her steps are less than a tenth in deductions. She could be expected to regularly score in the 9.85-9.9 range in NCAA.

​Flam has only scored under a 9.9 twice this year and has six scores at or above that mark, including a perfect 10.0. The vault looks comfortable and consistent for her and should be a high-scoring addition to Stanford’s lineup next year.
FacebookTweetPin 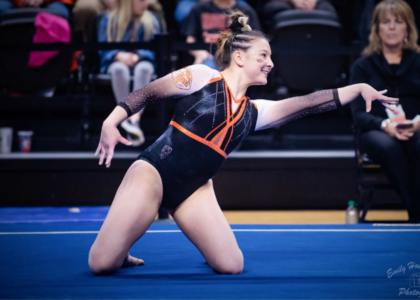 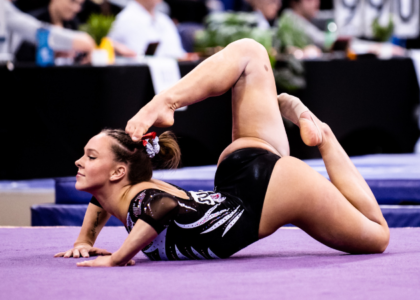