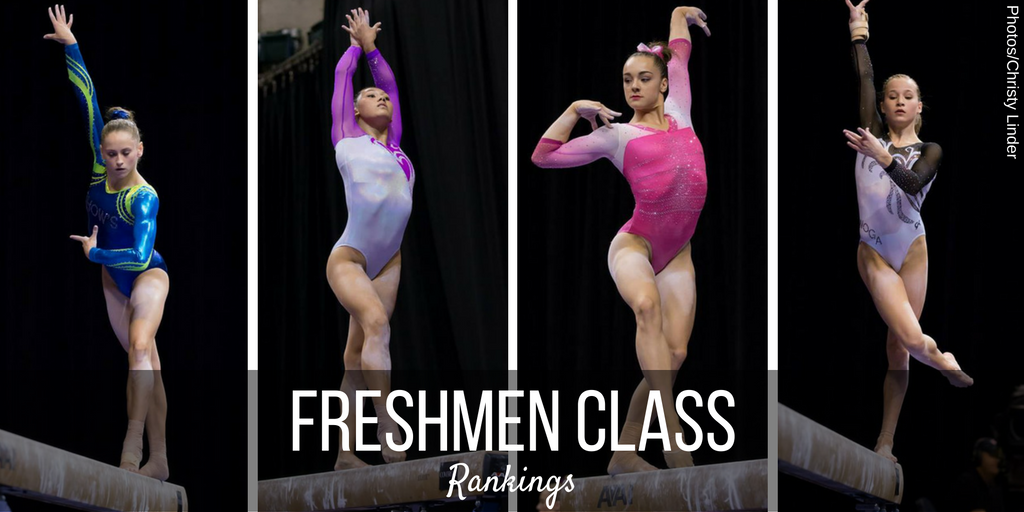 With the 2017 season just two months away, we’re starting to get our first looks at team’s freshmen, including Oklahoma’s Maggie Nichols, UCLA’s Kyla Ross and Madison Kocian and Florida’s Amelia Hundley. All of these gymnasts hope to help their team improve upon last year’s results. We ranked teams based on the talent in their freshmen classes, those gymnasts ability to help their teams rise up and quality of routines predicted to provide. But we don’t expect you to agree with everything here, so let us know your thoughts in the comments or on social media!

With so many freshmen, it would be easy for some to get lost in the shuffle. But in fact, each brings their own strengths to the table, and six of the eight have real potential to make lineups. The Bruins didn’t have a true all arounder last year, though Francis, Meraz and Ohashi all tried. But Ross, Hano and maybe even Kocian have the potential to be real threats this season. Both Glenn sisters could also contribute to two or three events each, and Sanchez  has shown beautiful flexibility and style on beam and floor. Pino and Caire are still mysteries, but like Savvidou on bars last year, they could really come out and surprise us. Combine all this new talent with the veterans on the team — particularly team leaders Cipra, Honest, Meraz and Mossett, as well as superstars Lee and Ohashi — and we think we’ll see UCLA take it to a whole new level this year.

Kmieciak and Scaman leave some major holes behind, but with Nichols, Degouveia and Showers taking over, Oklahoma should be well on its way to another title. Nichols was a little bit of a question mark for many people earlier in the year because of the form issues she was often plagued with in her elite career. But being at Oklahoma for just a few months has already done her a world of good. Her bars and beam look cleaner than ever, and her legs on her full in aren’t going to be built-in deductions anymore now that she’s allowed a controlled step. Degouveia and Showers also bring some massive difficulty, and they’re already showing full routines in their training videos — definitely a sign of season readiness. These three strong additions plus all the returning routines from Chayse Capps, AJ Jackson, Brenna Dowell and Natalie Brown, to name a few, Oklahoma might have the problem of too many 9.9 lineup options. 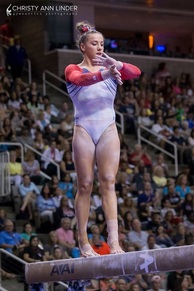 There’s no doubt these four will adjust well to NCAA life. Think about it — in last year’s senior class, the Gators lost two former U.S. elites, a former Canadian elite and a former level 10. That’s exactly what this class brings to the table, but they’re not necessarily perfect matches to who they replace. Chant is actually more of a Bridgette Caquatto replacement, with vault and floor as her strong points and the ability to contribute on at least one other event. Gowey will cover Bianca Dancose Giambattisto’s strong bars set and then some. She’ll definitely be able to produce a lineup-worthy beam set as well. And Hundley may never have gone to the Olympics, but in NCAA, she has the potential to be another Bridget Sloan if she can maintain the upswing she’s been on in the last year. Alexander remains a relative unknown, but having seen her in training updates, it’s doubtful she’ll turn into a Frazier situation, just providing depth for the team. She’s trained 10.0 vaults, her flexibility in her floor dance is there and her difficulty on beam is high. She could definitely sneak into a lineup or two. As a whole, this class should be able to fill in the holes left by the seniors and then some. 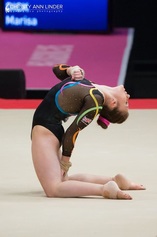 The Tigers can really only add to their success with the addition of three freshmen, having lost very few routines with the graduation of their seniors. While Kirby may not have the high difficulty, she’s got clean, tight form, which is the hallmark of NCAA competition. Edney has some massive power on vault and floor, but her bars too could challenge for a lineup position, with decent difficulty and massive amplitude. And Harrold should be pushing forward toward the all around more and more with each meet. With a 10.0 vault, her uniquely difficult bars, her steady beam and her dynamic performance ability on floor, she should be a shoo-in by the end of the season.

Between Skinner, Reinstadtler and Tessen, Utah should be able to make up the massive gaps that its seniors and retirees leave behind. However, with Skinner at least, form can be somewhat of an issue, as can consistency. However, downgrading from difficult elite sets could remedy this issue. In addition, the team’s depth on bars has suffered greatly, so even with Reinstadtler and Tessen contributing, the Utes will likely only have six bars routine to field. Two key veterans, Lee and Stover, will also be coming back from injuries, and their recovery progress is still relatively unknown. However, their vault and beam lineups should see a major boost from the freshmen.

Maddie Karr may not be the second coming of Nina McGee in personality or style, but in scores, she will be exactly what Denver needs to fill the holes McGee left behind. Joining her in the freshmen class are Sam Ogden and Courtney Loper, with both capable of doing some damage control in the beam department. Ogden should also expect to be featured on bars while Loper could contend on floor. They’ll be working to fill in the holes left by Barrett, Laughlin and Menhinick — not an easy task for just two gymnasts, so they may need some help from some veterans. 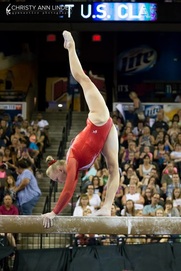 With big names from both the elite and J.O. worlds, Michigan has high expectations this year for their freshmen. Shchennikova is still somewhat of a mystery, having injured her shoulder and gotten labrum surgery earlier this year. She seems to be back at it, though, training a Yurchenko full-on back tuck and has been seen doing beam in training videos. Bars used to be one of her best events, but her status there after such a major injury is yet to be determined. However, classmates O’Hara and Osman should be able to contribute there, each with clean form and high amplitude. Osman should also be up for the floor lineup with her full in, and O’Hara could feature strongly on beam if she can improve her split positions. Funk has one of the more powerful FTYs of the bunch and could also work her way into the floor lineup.

Thanks to the variety from both veterans and freshmen, Cal is realistically poised to become the first team to field a full lineup of 10.0 vaults since the devaluation of the full. Cassidy Keelen is training a DTY, Alex Dudschus competes a Yurchenko half-on tuck half, and both Rachael Mastrangelo and Mariah Peterson are capable of competing the Y1.5. Couple that with Toni-Ann Williams’s Y1.5, Richardson’s Kasamatsu and Robinson’s piked Ilg (front handspring onto the board), the Bears will have more than enough vaults to fill a lineup. The variety and creativity it brings to the other three events should also continue to make Cal a rising force in collegiate gymnastics. 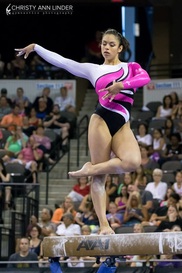 Losing Jay, Rogers and Box is going to strike a pretty big blow to the Gymdogs; there’s no doubt about that. But with Dickson, Pedersen and Vega coming in, they may be able to soften that blow some. Dickson is looking like a real AA contender in training videos, and Pedersen is sticking her bars dismount and floor passes like it’s March, not November. There’s only been wisps of Vega here and there, so she’s a relative unknown for now. The beam we’ve seen looks excellent, and it looks like she may also be training floor and bars as well. Her mysterious status is what keeps Georgia so low on the list. But with a Vega at full capacity, it could potentially move up at least four or five slots.

Desch’s well-rounded set, with standouts on vault and bars, should be a great asset to the Tide. Childers looks to be training the all around in videos, and besides her already-standout beam and floor, her bars look to be rapidly improving. Mahoney is still somewhat of a question mark. While she’s been seen training, she’s also been seen in a boot. Her injury, and the fact that Desch doesn’t seem to be getting pushed to her fullest potential — due to coming in with an existing injury — are the detracting factors that put Alabama lower on the list.

North Carolina
Winning the award for largest freshman class this year (yes, larger than UCLA!), the Tar Heels are really gunning for the EAGL Championship — and more — in 2017. Even now in November, the team Snapchat shows intrasquads happening at least once a week, and freshmen and vets alike are showing some HUGE skills. Pay special attention to Hislop on vault and floor — her punch double front is killer. She’s a Brestyan’s girl, so naturally these would be her best events. Plus she’s also got some elite experience with Trinidad and Tobago under her belt. 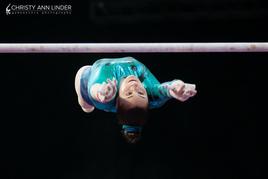 Washington
​After only losing one senior, Washington is gaining five freshmen, each of which should contend for a lineup on at least one event. Canadian elite Madison Copiak should be the star of the class, possibly contending for an all around spot. With her potential of competing a Y1.5, clean and floaty bars, difficult beam and powerful floor, she doesn’t really have a “weak” event. Washington should be a standout on bars and floor, and Roberson’s beam and floor are packed with difficulty and sass. Roy trains a Tsuk layout half, another 10.0 vault for the Huskies, and has a stellar beam series while Nelson’s beam and floor earned her national titles on both events in 2015. With that kind of a boost, Washington will definitely be on the rise this year. Don’t be surprised if you see a top-four conference championship finish or nationals berth in the future.
Auburn
​The Tigers won’t be able to replace Caitlin Atkinson in a day. She was one of the best gymnasts in program history. While Atkinson is gone, Gracie Day should start that replacement process her freshman season. Expected to be a star contributor for the Tigers, Day should contribute right away on all four events. And with Katie Becker and Kendal Moss as compliments, as well as others returning from injury, the team should be in a solid place this season. 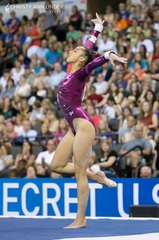 Kentucky
​Alaina Kwan and Erynne Allen really make this class a competitive one — Kwan with her elegance and variety of skills on bars and beam and Allen with her high-powered vault and floor. Allen’s been training a Y1.5 and has one of only three E passes from the Wildcats. Poland may also be an asset, with a front double twist on floor and some very solid bar work. Their additions will put Kentucky in a much more competitive place in the SEC this season.​Arizona State
​Ashley Szafranski is going to be a huge for the Sun Devils. It’s also a young and big team that is looking to help get the program back on track from a rocky 2016. All seven should be expected to make lineups right away as good things have been shown from them all on the periodic training updates.
Photos courtesy of Christy Ann Linder Gymnastics Photography.
FacebookTweetPin