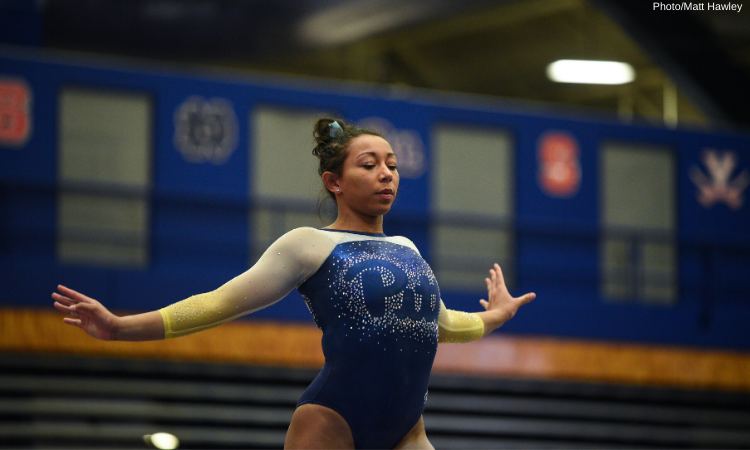 After a fall in the fifth spot on beam in Pittsburgh’s meet against N.C. State, the pressure was on for the anchor, Michaela Burton. She responded by delivering a clutch routine for a 9.875 to assure that the Panthers wouldn’t have to count a fall.

Because she was so focused on her own routine, she didn’t immediately realize there had been a mistake before her.

“I didn’t even know that she fell until I actually looked up at the score,” Burton said. “I thought she hit a really great routine because the energy stayed up. I know that it doesn’t matter what anybody does before me. It’s really important for myself and for the team to go up and do my best. So that’s what I tried to do today.”

Head coach Samantha Snider said she emphasizes to her beam team that their job doesn’t change no matter what the person before them does.

While beam was a strong event for Pitt in preseason, the Panthers struggled on the event early this year. After two straight meets of disappointing results, they knew they needed to work hard to show everyone what they are capable of.

“[The team] reached the end where they knew they were underperforming, and they knew that beam was a strong event for us all preseason–they were training great,” Snider said. “They wanted to show everybody who they were as a beam team, who they are as a Pitt gymnastics program, and they wanted to come out and compete the way they train.”

That change in mentality paid off, as the last two weeks they scored a 49.075 last week at George Washington and a 48.850 this week at home against N.C. State.

“They really took it upon themselves to make that switch,” Snider said.

Despite getting off to a slow start, the Panthers are beginning to show exactly what they’re capable of and that they will be a team to watch for the rest of this season. 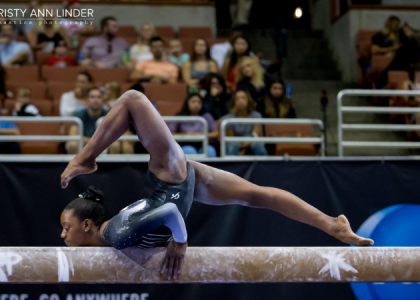 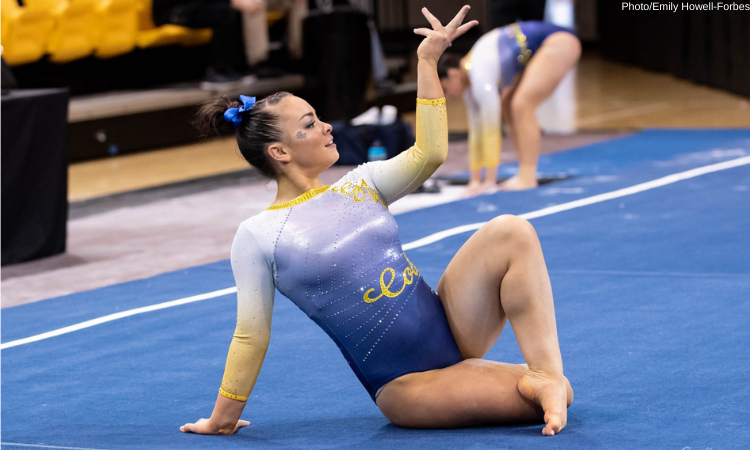 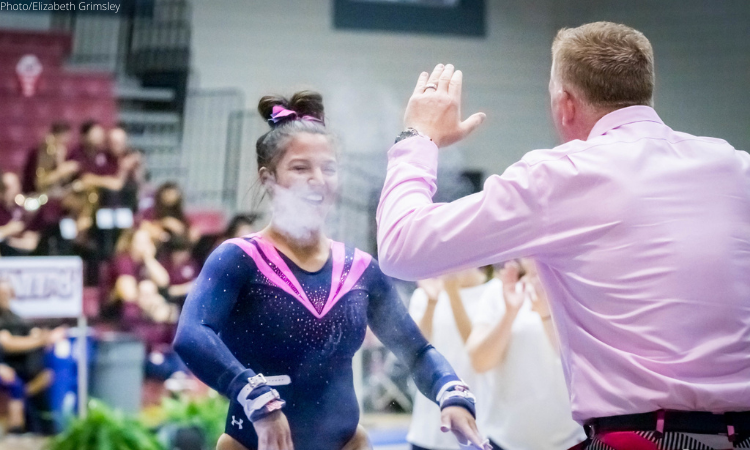