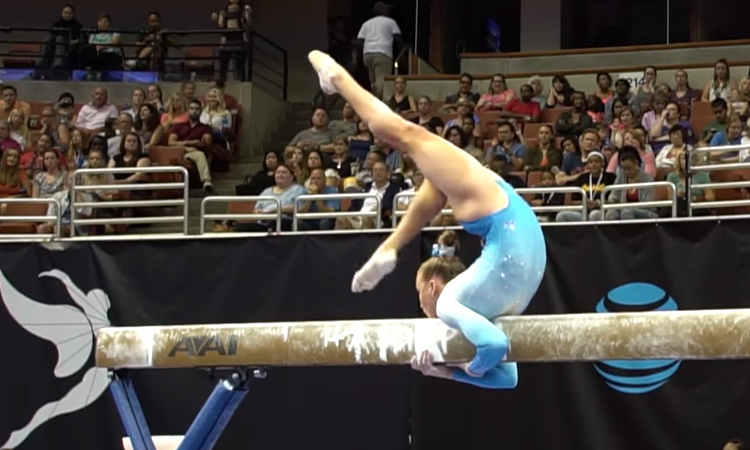 The most anticipated series is back! We looked at the data for each incoming J.O. freshman on each event to see which gymnasts are at the top of their class on each event and in the all around. This week we’re looking at the top 10 bar routines for 2020.

While it was hard to find recent video, her set is artistic and her scores point to someone who’s done well on the event.

O’Keefe was known for her beam as an elite, so it’s no surprise she made this list after completing her senior season as a level 10. She has the skills, toe point and elegance of a great beamer and is a joy to watch on the event.

The second Ute freshman on the list and another former elite who dropped down to level 10, Paulson is another solid beamer. Her mount is just as artistic as her classmate’s and as a former elite she’ll be able to choose which skills in her repertoire fit her best.

Elkabchi has great lines and extension on this event. Her set is clean, secure and college-ready with a pretty standard skillset.

Wilson does a difficult and unique back handspring + layout two-feet acro series. She gets better amplitude on her jumps and leaps than many gymnasts, which makes her set all the more dynamic.

Hoffman is clean and precise on four inches. She gets good extension on her leaps and does a difficult round off + double tuck dismount. The third Utah freshman on the list, keep an eye on this event come season.

Joyner has a clean, college-ready set. It’s a standard composition, but she executes it well. This routine will surely have an effect for Rutgers.

Worley’s set is relatively clean. The highlight in terms of form and style is her front toss, but she also does a front aerial + back handspring + layout step-out instead of a more standard series.

Johnson brings a confident routine that doesn’t hold back when it comes to dance. Aside from her presence, she has nice extension and form throughout.

Our top beamer doesn’t disappoint. Her routine is secure, calm and collected while still bringing difficulty. Brooks performs a difficult triple series, as well as a round off + double back dismount. It’s the whole package.