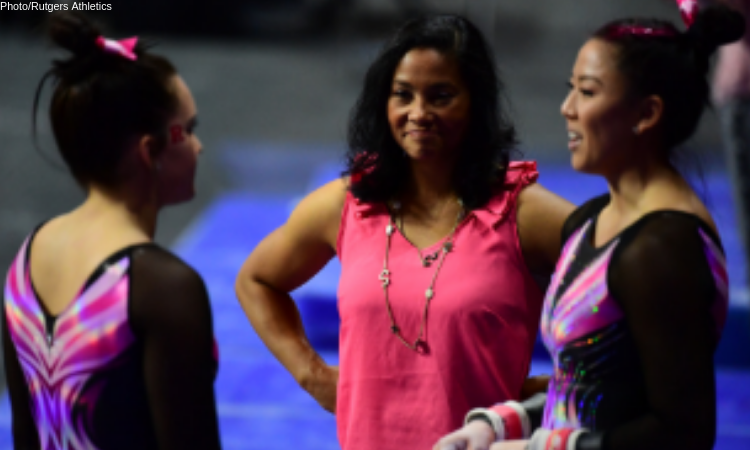 When Umme Salim-Beasley took over as head coach at Rutgers in May of last year, she was coming back to a place she knew well. Having been an assistant coach at the school from 2012 to 2015, she was familiar with the way the university and its athletics department functioned. In that respect, the transition was easy; the real challenge lay in the work that had to be done once she got there.

“Coming in as new coaches, there’s always going to be a period of adjustment and change,” Salim-Beasley said. “It was all about implementing our strategies as coaches and being able to take that and get the team on board with why the process needed to change and why it was important to trust it.”

Salim-Beasley and her coaching staff—Michael Rosso and Anastasia Halbig, who previously worked with her during her head coaching stint at Temple—set out to work on something that is at first intangible but makes a visible impact in the long run: the team culture. It’s a phrase that can have multiple meanings and connotations, but regardless, Salim-Beasley expressed how critical it is to making the success of a team.

“[Culture] is everything,” she said. “It creates common goals and encourages us to support each other through everything, which ends up washing away any little conflicts because everything is already in place. If they feel comfortable, that’s the biggest piece that helps to shape the culture of a program.”

Comfort. Positivity. Trust. All these words came up in Salim-Beasley’s discussion of her team’s culture, and her gymnasts seem to have noticed the same trends.

Senior captain Riahanah Ali said she and her teammates could sense the new coaching staff’s commitment from the start. “From our first meeting they said that whatever had happened over the past few years was over and that they were there to help us improve,” Ali said. “They wanted us to have whatever we needed in order to be happy and do the best gymnastics we could do.”

Fellow captain Michelle Amoresano also attested to the way this positivity and support affected the team. “Umme always told us we were capable of competing with the best teams in the country,” Amoresano said. “Having her positive influence helped us take the next step this season.”

Fresh off a three-year run at Temple in which the Owls earned their top 10 scores in program history, it’s clear that Salim-Beasley knows a thing or two about helping teams to take the next step. In 2019, Rutgers did just that. The Scarlet Knights soared nine places in the rankings to No. 47 this season, and they also achieved their second-highest team score ever (and highest since 2014) with a 196.050 in a home win over Penn State. A big part of that success came from the way in which the team was able to add depth to lineups that had previously only had four or five gymnasts able to compete.

“When we first started in September, we were wondering where we’d get the healthy bodies to fill lineups with,” Salim-Beasley said. “To bring several gymnasts back from not competing all season to contributing to key positions in lineups was something really exciting to see.”

The successful season culminated at the Big Ten championship. Rutgers began the meet on beam, where the team had to count several falls. The floor rotation, however, was lights out, and the Scarlet Knights earned the fifth-highest total on that event in program history with a 49.200.

Never giving up is another component Salim-Beasley seeks to make a part of her team’s culture. Most importantly, she makes sure they focus on the positives of the routine in addition to any struggles. “After a rough event, we remind them that their team needs them to help erase what just happened and have a good routine on the next event, restarting fresh,” she said. “Yes, it wasn’t exactly what we wanted, but we’re capable of picking things up.”

Ali thinks that that positivity paid off. “From September to our last meet, our improvement was absolutely insane. We had more consistency than I’ve ever seen,” she said. “We had to work really hard, but Umme never gave up on any of this.”

“We talked a lot about staying in our bubble, which was our main focus for the season,” added Amoresano. “We kept all the attention on us and tried not to worry about the other teams.”

Overall, implementing that focus and making sure the team stuck to it in the face of hardship was a huge crux of what Salim-Beasley sought to change about the program at Rutgers, and she thinks the team has nowhere to go but up. In the future, she expects the difficulty to increase and the team’s level of success overall to rise.

“We’re bringing in caliber gymnasts that are very strong as all arounders who have the ability to jump into every lineup and make an impact,” Salim-Beasley said. “We want athletes with a determination level where they really want to be successful and be a part of building a program that’s going in a positive direction.” 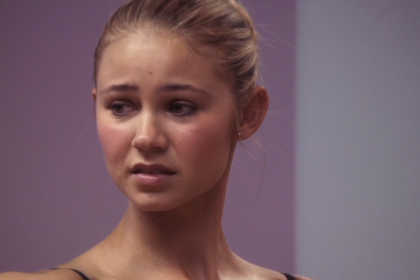