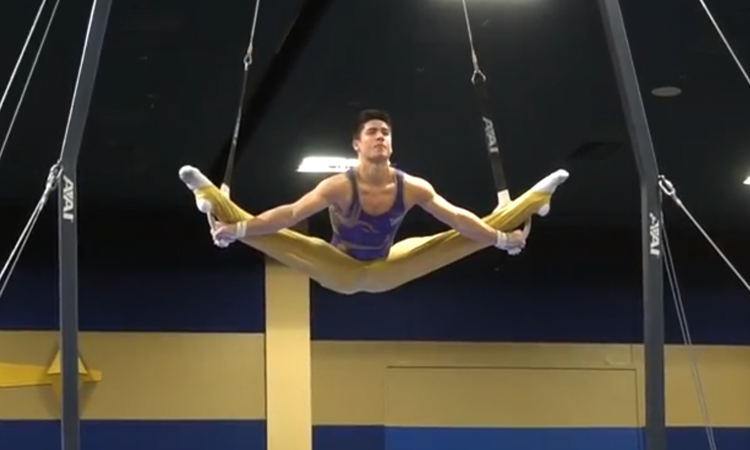 Men’s gymnastics doesn’t get nearly enough attention. If you’re someone who didn’t watch as much MAG as you should have in 2018, we have our top 10 favorite routines from the season that you don’t want to miss before heading into the new season.

While this video isn’t from a college meet, it’s what Stephenson performed throughout the NCAA gym season—and at this quality too. From the form to the perfectly stuck landing, Stephenson was a master on vault, doing well enough to not only finish as the runner-up on the event at NCAA nationals but also win the event title at elite nationals.

I’m a fan of a good pommel horse routine, and Ngai has just that. He moves through his skills with speed and precision and has a great body shape while doing that. While I’d like more flare work—who wouldn’t—this is one of the best in the NCAA, and I’m sad we won’t see it more in 2019.

OK, I know his landing is messy, but this vault is truly enormous. I had the pleasure of seeing it in person at UIC’s Mixed Pairs on December 2, and Jooma flies. It’s a real treat, and we get to see him do it again this year.

This is his elite set, but you get the idea. He can fly. The extension on those catches makes my heart sing.

Tsuji does rings for people who hate rings. This set is a little less difficult than the most competitive routines you’ll see in elite, but his acro elements are beautiful and the skill he does at 0:25 (I’m not going to pretend I know what it’s called) is refreshing and elegant.

One of the cleanest pommel routines in the U.S.—college or elite—while wearing glasses? Yes, please.

Mah’s long lines set him apart, particularly on floor and parallel bars where the extra length and toe point adds an elegance to his work.

If you haven’t figured it out yet, I’m a sucker for long lines. Just look at those lines and toe point in his press handstand. Do I need to explain more?

Pochinka’s knack to stick this double front on a regular basis makes it easy to overlook the cowboying in the air. This vault was always a crowd pleaser and did wonders to fire up the Minnesota team. Unfortunately, we won’t be seeing this vault this year as Pochinka graduated, but his younger brother David is a freshman at Minnesota this year; look for a new Pochinka to shine in Minneapolis.

On high bar, Neff put on a clinic for how to perform anything laid out. Both of his layout Tkatchevs had excellent form and his full-twisting double layout was no different—as straight as could be. Hopefully the 2019 season will see someone perform a high bar routine as flawless as Neff’s.

There were so many great routines we didn’t mention. What were your favorites? Let us know in the comments below!

READ THIS NEXT: The Most Anticipated Men’s Routines of 2019