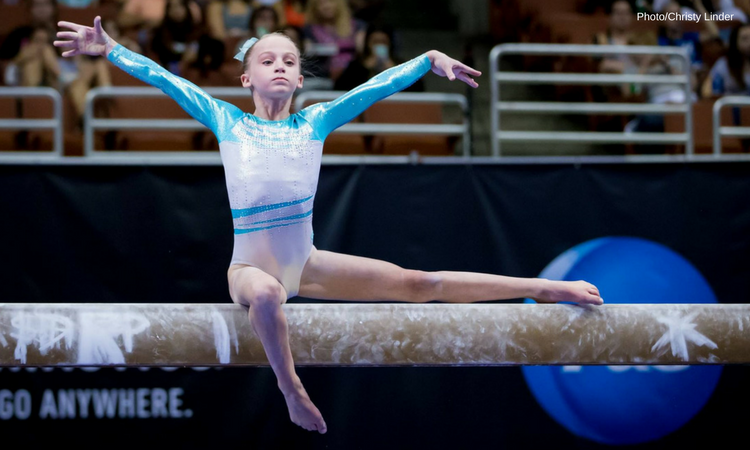 We all know that there are issues with the recruiting process. In our social media-heavy world, it’s hard to miss it. Even coaches like retired Utah head coach Greg Marsden can see it. With the regular signing period starting in a week, it’s time to face the music.

Thirty nine percent of all recruiting contact for gymnasts begins in the ninth grade or earlier. This number steadily decreases at a relatively linear rate until a gymnast’s senior year. Likewise, 40 percent of gymnasts have begun going on unofficial visits by ninth grade or earlier. It has been proven, however, that the earlier recruitment starts, the worse of an experience with recruiting one will have. Just 64 percent of gymnasts that the NCAA surveyed responded that they had a positive recruiting experience.

It wasn’t always like this. There wasn’t really a specific moment that Marsden recalls a change—it “was always moving in that direction”—but it has become a trend in the last 10 to 15 years. The culprits? Growing salaries, recruiting budgets and competitiveness with recruiting, according to Marsden.

Yet, recruiting seemingly creeps earlier and earlier every year despite gymnasts not having as good of an experience. It’s no secret that this is the case, as even Marsden agrees that “the current recruiting environment is unhealthy for both the young gymnasts and for the coaches who are recruiting them.” But somehow, despite this realization even within the coaching community, we are still seeing early commitments. We’re even seeing seventh graders verbal to college while their peers are still trying to navigate the interesting transitional period known as middle school. We are forcing them to grow up quickly and make these decisions, or rather with consulting coaches and parents, who are simply ecstatic to have a sure way to pay for their child’s higher education. It’s no wonder Marsden remarked that it “is completely out of control and the NCAA has been slow to address the issues.” Coaches are pressured to maintain current levels of success while gymnasts and parents want the security of knowing they have a scholarship.

You might be wondering how exactly this happens. For such a pressing topic, the reasons make complete sense in context. Firstly, “as college coaches finish recruiting for a particular year, they move on to the next year’s class and know other coaches are doing the same in hopes of locking up some of the most talented up-and-coming young gymnasts before someone else does,” Marsden explains. What is seemingly logical in thought is not so much so in practice. If we take a closer look, it’s obvious how the timing keeps creeping up. People can commit much more quickly than it takes for the recruiting classes to actually arrive on campus, making it too easy to get ahead of the game. While this is happening, gymnasts and their parents are aware that scholarships are limited, especially at top programs. With this said, “it is not uncommon for the push to come from them in hopes they can secure one of those scholarships and get to their dream team or at least a top tier program,” Marsden said. Girls can even feel pressured by coaches to commit—that way they can supposedly “focus on their USAG goals.” The two parties enable each other, with little to no resistance preventing the contact from occurring.

With such little resistance, the competitive nature of gymnasts, their parents and club coaches, along with college coaches, is fostered. The contact begins, and it continues. Marsden described the process well.  “It all becomes a vicious circle that encourages the recruitment of younger and younger gymnasts.” With that being said, he knows that there are people who try to resist this. But it has become increasingly difficult. Everyone complains about early recruiting, but nobody seems to be determined to stop it.

What can be done to buck this trend, then? Changes in NCAA policy, first of all. Policy changes have been effective at curbing early recruiting in other NCAA sports like lacrosse, and softball has recently proposed a change as well. A current NCAA-wide proposal suggests coach-prospective athlete conversations and unofficial visits cannot take place until September of a recruit’s sophomore year; they can take official visits the September of the following year. Even with this, there are still loopholes allowing the athlete and/or their family to initiate contact, which still opens up the table to a verbal scholarship offer. Coaches circumvent the current rules as it is, with not-so-incidental contact, including visits to club gyms. When a coach visits a gym, the coach isn’t supposed to have contact with athletes or their families, but often they do. College camps are not supposed to have as much of an influence on recruiting as they sometimes do, either. Ultimately, policy will help the trend. But even more than that, policy needs to emphasize commitment to stopping the trend. Coaches need to be held accountable for their actions and reported for violating recruitment policy.

Early recruiting is clearly a problem. Change is good for the sake of everyone involved because otherwise they feel forced to follow the trend without believing in it out of fear of being left behind. There should be no more stress or pressure from the fear of not getting a scholarship if a gymnast doesn’t commit early enough, even though some peak later than others. Let them live their lives before they make a college decision, something that should naturally come later in high school, rather than potentially before it. Let them become mature adults who know their goals, both athletically and academically. After all, gymnasts don’t go pro after college. Their education shapes their future. Gymnastics is the perk.