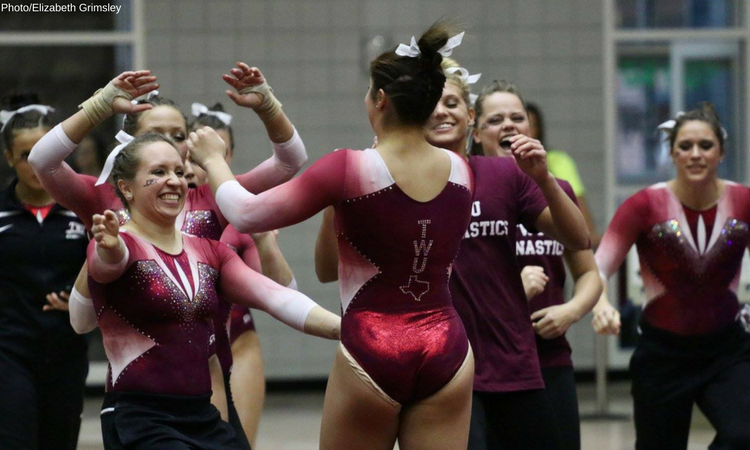 The Midwest Independent Conference (MIC) is one of the most diverse conferences in gymnastics. Consisting of three DI teams (Illinois State, Southeast Missouri State and UIC), two DII teams (Lindenwood and Texas Woman’s) and one DIII team (Centenary), MIC is the only conference with member teams in all three divisions. The conference is competitive, with Centenary the only member that has never won the conference title—every other member team has won at least once since 2010. Lindenwood has been dominant in recent years, taking the title in 2015, 2016 and 2017.

Illinois State has had a few rocky seasons recently, failing to finish the season in the top 50 since 2013. The Redbirds do have some standout individuals, though, and bring in a large freshman class. Hopes of a brighter 2018 are legitimate. In 2017, the Rebirds saw some positive momentum, recording their first MIC individual titles since 2014 and breaking a 49.0 event score three times, on beam and floor.

SEMO struggled in 2017, finishing next-to-last among Division I teams nationally. On Wednesday, Dec. 13, SEMO announced head coach Kristi Ewasko’s contract would not be renewed, and assistant coach Brittney Emmons would step in as the interim head. Perhaps this last minute change will give SEMO renewed energy for 2018. The freshman class is large and accomplished, and should also help the Redhawks improve on their 2017 finish. Despite the tough year, SEMO did break a 193 three times in 2017 and had some individual standouts as well.

UIC has been on a slow, steady rise over the past three seasons after falling drastically in the rankings after an incredible 29th place finish in 2012. In 2017, the Flames scored a 195.175 against Ball State and Western Michigan—the team’s first 195 mark since 2014—and tallied 10 NACGC/W scholastic All-Americans, the most in program history. The freshman class is small but accomplished, and should help the Flames’ prospects in 2018.

Lindenwood finished 2017 with a MIC championship three-peat and as the highest ranked DII program nationally. The Lions also finished third in the USAG national championships and scored a program-best 49.1 on beam during the team finals. The five-year-old program continues to have success both as a team and individually and should continue to be a dominant MIC team in 2018.

Texas Woman’s won the USAG national title with a program-best 196.125, as well as a program-best 49.175 on vault at the team semifinals. Head coach Lisa Bowerman was also named DII Coach of the Year. The Pioneers improved on their 2016 ranking, and show no sign of slowing down in 2018.

Centenary finished the season with the third highest team RQS among DIII programs and was the only DIII program to send an individual to regionals. The Ladies also broke a 190 team score five times. Despite dipping in the rankings slightly over the past few seasons, Centenary remains one of the most successful DIII programs and continues to compete strong individuals.