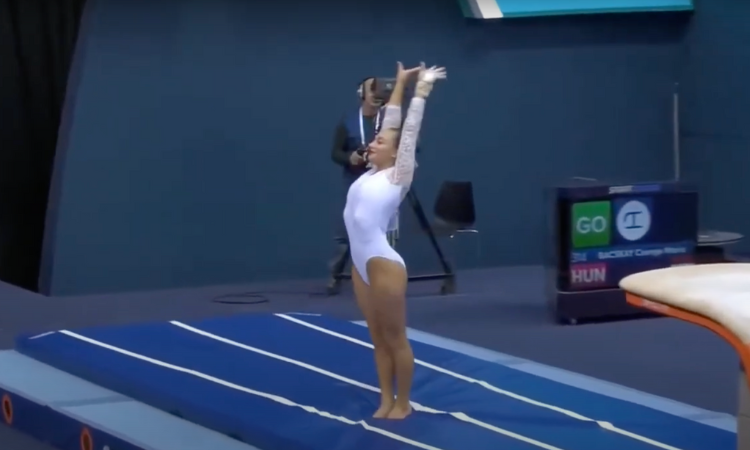 The most anticipated series is back! We looked at the data and videos for each incoming elite freshman on each event to see which gymnasts are at the top of their class across the apparatuses and in the all-around. This week we’re looking at the top elite vaulters for 2023.

Without as much data to work with as the level 10 rankings, and since many of the difficult vaults will be downgraded once the gymnast gets to college, we focused on the factors that are typically the source of most deductions in NCAA: form, amplitude, distance and landing. We also took into account the potential impact the gymnast could make to their school’s vault lineup.

The reigning world all-around bronze medalist and former junior world vault champion has the most consistent Yurchenko double twist of anyone on this list, meaning it could realistically stick around for college. However, Florida has shown that it’s not afraid to play around with vault options for incoming elites, so we may see a different vault from DiCello. With her addition (among others), there is a very strong chance the Gators will consistently fill the lineup with all 10.0 start value vaults in 2023.

Frazier has been competing her Yurchenko double twist throughout her elite career, but it is not as consistently clean as it was during her junior days. However, even if she has to downgrade to a Yurchenko full, she will still be a welcome addition to a Cal lineup that lost three of its members to graduation.

Riley is a former Canadian national team member who has the potential to be a star all-arounder for Rutgers. Her strongest event is vault, where she performs a Yurchenko one and a half, as well as a round off half-on front tuck.

A stalwart on the World Cup circuit, Bacskay is the latest international recruit to take her talents to Lincoln. We’ll most likely see a Yurchenko one and a half from her, but she also has a realistic Tsuk full as an option.

Alipio has competed both a Yurchenko full and a Yurchenko one and a half in her career. UCLA will be without three members of its 2022 postseason vault lineup, so either of these options will add needed depth.

Competition routines of Kowan are hard to find, but training video shows a very promising front pike half on vault. ASU’s entire 11th-ranked vault lineup is returning this year, but Kowan could help the Sun Devils finish even higher if this vault materializes.

Vault was SJSU’s lowest-ranked event in 2022, coming in at No. 41 in the country. Cato’s clean Yurchenko full will be an instant boost.

Illinois State has seen several strong freshman vaulters join the team in recent seasons, and while Pujadas Rusiñol doesn’t have a 10.0 start value, her Yurchenko full is clean in the air and very stickable. She will score well in college.

Greaves is a bit of a wildcard on this list, as she has suffered a string of injuries that have limited her presence at competitions in recent seasons. However, when healthy, she is capable of a well-executed Yurchenko double twist, and the full-twisting version would also be a possibility for college.

READ THIS NEXT: Most Anticipated Level 10 Freshmen in the All-Around