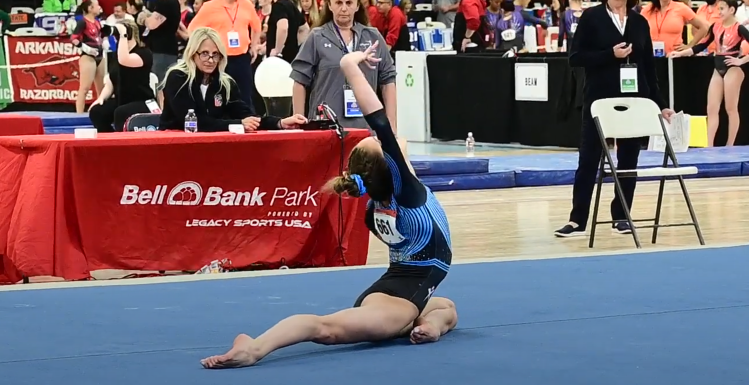 Lily Smith, one of the top recruits in the class of 2023, announced on Tuesday that she has switched her commitment to Georgia. Smith was previously committed to Alabama.

The announcement comes in the wake of former head coach Dana Duckworth’s departure from Alabama three weeks ago. Ryan Roberts, Alabama’s bars coach under Duckworth, was recently hired at Georgia.

Smith, a product of Sylvia’s Gymnastics in Pennsylvania, has scored perfect 10s on both bars and floor this season and won both events, as well as the all around, at level 10 nationals this year. She joins a star-studded recruiting class at Georgia that includes fellow five-star recruit Holly Snyder.

It’s the latest in a series of high-profile recruiting moves and flips by beleaguered Georgia head coach Courtney Kupets-Carter, who led the Bulldogs to the team’s worst finish in decades this season. Ariel Posen (UCLA) and JaFree Scott (Florida) also chose Georgia over higher-ranked alternatives, while Kentucky star Josie Angeny will be taking her fifth year of eligibility at Georgia.