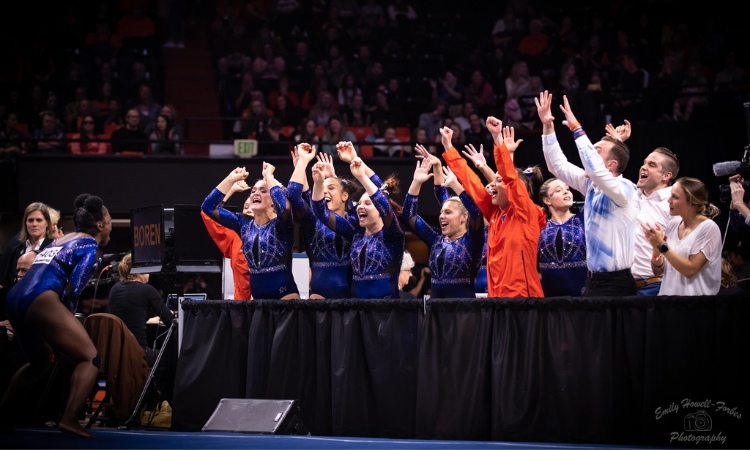 Last fall we released our signing class rankings for the class of 2021, but a lot has changed in the eleven months since. Level 10 signees competed in their senior season while their elite counterparts fought for their chance to go to the Olympics. There were also commitment changes, retirements, injuries and new signings that altered the incoming classes. Now that the majority of the freshmen are on campus and training for the upcoming season, it’s time to take another look at the makeup of each class.

While last year’s rankings were derived solely from data and our recruit ratings system, this new ranking is much more subjective due to the class of 2021 not receiving new ratings following their senior seasons.

LSU’s class is small but mighty. Finnegan was a fan favorite throughout her elite career, and that will only grow during her time with the Tigers. She also has a number of unique skills we hope to see her bring to college, and she should appear in the all around from the start should her ankle be fully recovered from fall surgery. Tatum is a former elite who excelled in level 10 and has clean form that will score well in NCAA while Johnson has a beautiful Yurchenko full that would make a great leadoff vault for LSU—but she has the potential to contribute on the other three events as well.

Olympic all around champion Lee may not compete all four events her freshman year after her Dancing With the Stars run this fall, but expect her to be one of the best all arounders in the country later in her career. She could be a game changer for Auburn, not only on the competition floor but also for the popularity of the program. Groth will likely join her as an all around possibility, and Hubbard is one of the best vaulters in this class who will also add depth on beam and floor. Brown is a late-lineup threat on floor and adds depth on vault.

Carey is obviously the star of this class; not only is she an Olympic gold medalist but her gymnastics will score extremely well in the NCAA. OSU was lacking depth in 2021, especially on bars, so she’ll be needed in the all around from the start. Briones and Jakubczyk are potential all arounders as well, and the rest of the class will likely contribute on one or two events each, highlighted by Chavez on vault and floor, Beeman on bars and Garcia on vault.

Celestine is one of the top athletes in the entire class and should make an immediate impact on all four events. Moore went viral among the gymternet in May following her vault at level 10 nationals, but she will add needed depth on the other three events as well. Gatzendorfer is another who could add depth on all four apparatuses, and Kratzer is likely to see lineup time on both vault and floor.

Bowers is the most recognizable name of this class—and deservedly so with her successful career as a junior elite—but she also had a very successful senior season as a level 10 that culminated in a third place finish at nationals. Sievers is another potential all arounder for the Sooners, and Linker shines on vault and floor but could make lineups on the other events as well. Wier is an under-the-radar recruit who could be Oklahoma’s next star beam specialist.

Arkansas was one of the hottest teams in 2021 with its lights-out floor rotation, but the other events lagged slightly behind. This class could be a game changer, bringing needed depth and late-lineup contributors on all four events. Many fans will recognize Smith, a late addition to the class who won the Nastia Liukin Cup, but Sedlacek is another very strong all arounder who will make a name for herself. Price is recovering from a late-Spring injury, but she is one to watch on the leg events down the road. Gamiao will be a standout on beam while adding needed depth on the other events.

Cal’s class is full of level 10 star power. Cesario, Lauzon and Williams have combined for five appearances on the Junior Olympic National Team, with Williams winning two national titles in 2019. All three should appear in the all around during their college careers. Scanlon and Kane each competed at two level 10 nationals and should see time on multiple events.

Utah’s class is smaller than most of the others in the top 10, but it is also very well-balanced with two Olympic medalists, an Olympic alternate and a top level 10. All four should be all around threats from the beginning of their careers, especially if Thompson has recovered from an injury that cut her senior season short.

Six members of this class have extensive elite competitive experience, highlighted by Olympians Chiles and Moors, Olympic alternate Malabuyo and world silver medalist Padurariu. Lee is recovering from an Achilles tear but should be a strong contributor on three events down the road. Jeffrey is a standout on bars but will likely see action on the other pieces as well. This class will form the backbone of UCLA’s lineups for the next four years.

While there are plenty of arguments to be made for UCLA to be in the top spot (and last year’s signing class rankings would agree!), the fact of the matter is that the Gators signed not only the top-rated gymnast in the entire class in Wong, but also arguably the best level 10 athlete in the country last year in Blakely. Hurd and McCusker are recovering from injuries and likely won’t be all arounders right away, but their gymnastics style will make them perfect 10 threats every time they compete. This will be a legendary class by the time they graduate.

READ THIS NEXT: Lynnzee Brown Brings Trademark Energy, Amplitude to the GOAT Tour 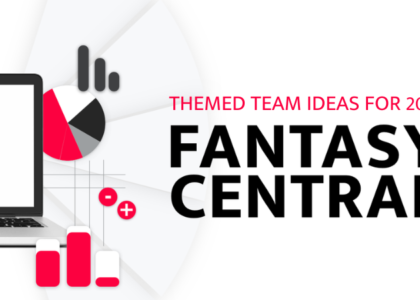