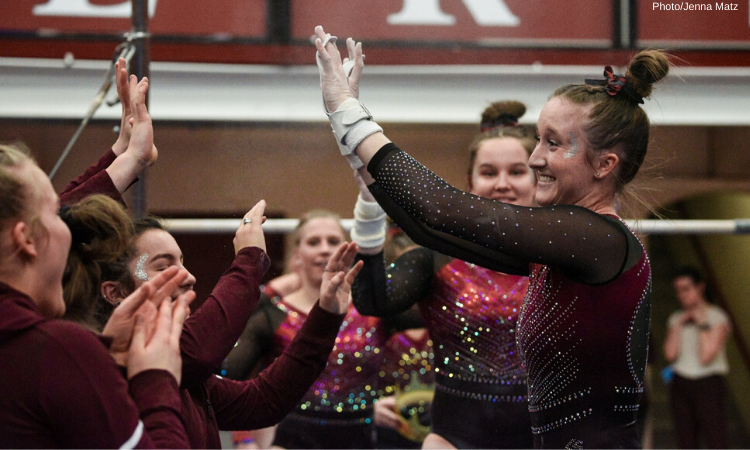 As with most weekends during season, this past one saw its fair share ups and shake downs in the college gymnastics world. However, most of these NCGA teams absolutely crushed it! Ithaca, Springfield, Ursinus, UW-Stout, UW-Whitewater and Winona all had team scores that were season highs, while many of the other teams had event highs.

The rankings have become quite interesting—particularly in the WIAC where four teams are ranked in the top five of the division—but the competition out east is also heating up with teams six through eight being separated by a mere four tenths.

This routine was a beauty to watch; a gorgeous triple series, cat leap + side aerial + beat jump and ending with a stuck gainer full. This 9.850 beam routine is the highest score Urinus has seen since 2018 and the highest in DIII all season.

Not only did Jackson’s handspring front have beautiful form, she found the landing perfectly and claimed the event title in the team’s meet against West Chester and Rhode Island this past weekend.

From a floaty Maloney to nice stalder work, Legault’s whole bar routine is lovely. However, what really sets this freshman’s routine apart from others is her impressive toe point. It’s a thing of beauty to say the least!

The Big Storyline: Ithaca struggled a little last week but came back and posted its highest team score so far this season. Its difficulty on floor and strong vaults helped it improve from last week but also showed some room for improvement. Right now it has the big skills, it just needs to focus in on some form errors and on landings and the team score will only keep improving. Brockport continues to show that it belongs at the top. It has had more successful vault rotations so far this season, but you can always count on Brockport to have some upgrades to debut later on. Bars and floor were the strongest rotations of the meet and helped it push past Ithaca.

Implications: Ithaca will now rank 11th in DIII and will continue to be fifth in the NCGA-East. it will be looking to keep this momentum going forward to try and put the 179 behind it from week four. Brockport continues to be at the top of both the NCGA-East and overall DIII rankings. If things continue the way they are, Brockport will definitely be a contender for another national title this season.

The Big Storyline: Stout and Whitewater met up earlier this season in a tri-meet at Oshkosh where the Warhawks managed to pull out a bit of an upset and finish ahead of the Blue Devils. Not this weekend, though. Stout was on a roll the first three rotations and even scored its highest bars score of the season. The Blue Devils were on pace to score a 190.000 but ended up having some uncharacteristic mistakes on beam in the final rotation and fell a bit short. Whitewater scored a season high, and overall the Warhawks’ technique and form looked much better than we’ve seen in previous meets. That said, they still had to count a few falls on bars and beam, so there is definitely room for them to continue to improve.

Implications: Stout moved ahead of La Crosse putting it third in the overall DIII rankings and second in the WIAC behind Oshkosh. Whitewater is still fourth in the WIAC but moved up to fifth in the overall standings. It’s very interesting to see how close these top four WIAC teams are. With how things are going, conference is really going to be a battle, so winning dual meets like this one should help build the confidence needed to do well come the WIAC championship.

READ THIS NEXT: The Dismount: Week 5 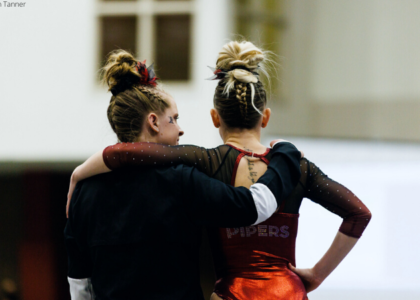 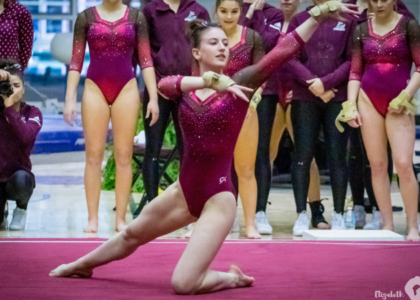 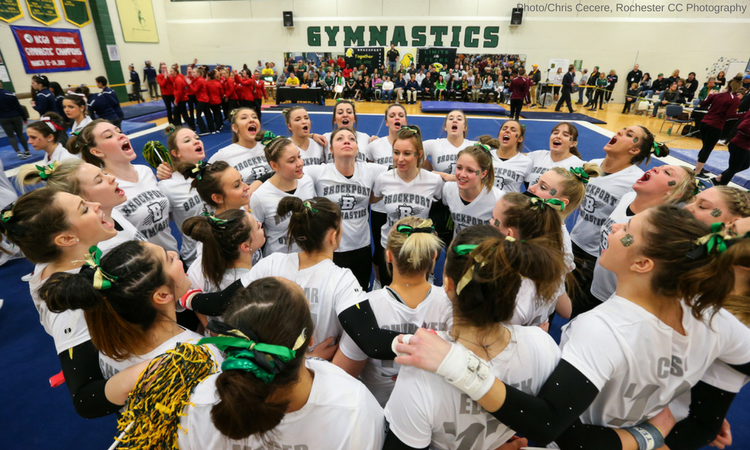 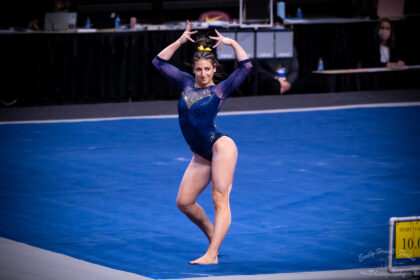 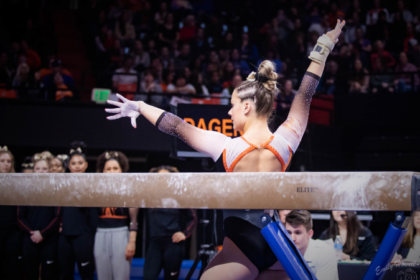 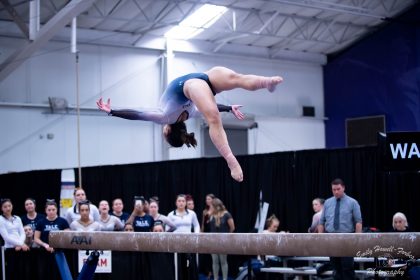