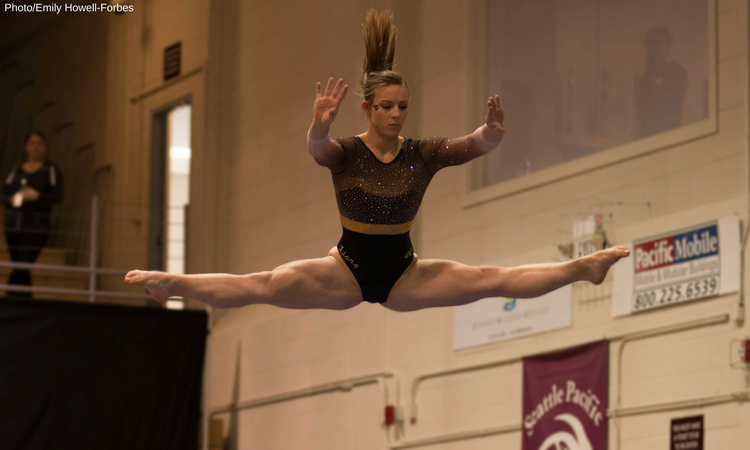 Lindenwood, the newest team in NCAA Gymnastics, begins 2018 in a strong position, having lost only seven postseason routines from the group that finished third at the USAG championships last year. It gains a freshman class that is seven strong and bring a handful of routines that were nationally competitive in level 10. The Lady Lions will hope to take full advantage of the depth available to them this year to defend their MIC title.

Senior Kierstin Sokolowski was Lindenwood’s star on three pieces last year—missing floor only because of a recent knee injury—and will be hoped to return to the all around this year. Sophomore Ryan Henry was a J.O star who competed three to four events weekly in her freshman season and is expected to rise even further with a season of college experience under her belt. Freshmen Kyndall Baze, Jordan Boogerd and Courtney Mitchell were all around stars in level 10, though Mitchell was often limited to bars due to a presumed ankle injury.

Sokolowski is the clear star of this lineup, having won the USAG vault title last year with a 9.9375 on her yurchenko full. Sophomore Ryan Henry should also be a staple in the top six; she consistently scored in the 9.7s in 2017, but her J.O. scores indicate that she could go even higher. Lindenwood also returns Breanna Franklin and Maya Davis from its postseason lineups as options.

However, vault is the most competitive apparatus of the Lady Lions’ freshman class. Aleah Turon’s Yurchenko half has scored as high as 9.9 in level 10, but note that she unfortunately tore her ACL and will be out for the season. Mitchell’s Yurchenko half and Aleah Leman’s full have both scored up to the 9.6s, and Jordan Boogerd’s has gone even higher. Baze topped out at 9.55 in J.O., but her consistency is very attractive. All of these vaults are easily lineup-worthy, and it’ll be interesting to see which pan out in 2018.

Lindenwood returns five postseason routines on bars, setting it up for a fairly secure rotation come January. Sokolowski again should be expected to anchor with scores up to 9.9, and fellow senior Andavea Alexander competed weekly, reaching a season high of 9.8. Katie Bailey and Mackenzy Chavez also contributed scores around the 9.7s, and sophomore Henry has gone up to 9.8 and will look to improve further this year. Georgina Harris didn’t compete last year but had a good selection of skills as a British elite and might appear this year with a reworked routine.

Freshman Boogerd was a bars star in level 10, scoring up to 9.6, an incredible score on one of the more tightly scored apparatus. Mitchell has scored similarly but can be a little more inconsistent. Aleah Leman’s maximum score is lower, but she was incredibly consistent. Baze and Romero provide other options.

Sokolowski, once again, is the star of this rotation with 2017 scores as high as 9.95. Breanna Franklin and beam specialist Emily Milliet have scored as high as 9.85 and, along with Alexander, will likely return to their postseason lineup spots from last year. Harris did not compete beam either in 2017 but was a clean competitor in her elite days. Taylor Colwell and Bailey contributed a few times through the season, as did Henry who was a beam star in J.O. She might contribute more regularly this year to finish out her all around set.

None of the freshmen have been particularly consistent on the event, but Boogerd, Mitchell and Baze have excellent high scores in the 9.5 to 9.6 range. Any of these three might take a spot in the lineup as part of an all around set, though Mitchell’s ankles are frequently heavily taped in competition and, if this indicates a nagging injury, it could limit her apperances on this apparatus.

The Lady Lions return six gymnasts who competed on floor during the 2017 season, as well as many more who could become options in their most competitive lineup. Alexander and Henry shine most on floor, with scores up to 9.9. Franklin and Colwell also return from the postseason lineup. Chavez competed twice while senior Kayla McMullan contributed a handful of routines, hitting a season high of 9.75. Sokolowski didn’t compete floor in 2017 after a knee injury ended her 2016 season, but with luck, enough time will have passed to allow her to return to the all around to wrap up her collegiate career. She’s a former star on this apparatus after all, scoring as high as 9.9. Finally, Harris had a strong tumbling set in elite that should be more than sufficient to add to the lineup if necessary.

Freshman Baze could be an immediate star, with scores as high as 9.85 in J.O. Boogerd and Leman also had fantastic floor routines, and Mitchell and Romero, while less consistent, also had strong top scores. Turon’s consistency will also make her a factor here, though her injury will prevent her from competing this season. Most of the team is in contention for spots in this lineup, and Lindenwood will hope to convert that depth into a strong team score.

Lindenwood enters 2018 with a wealth of lineup options on every apparatus and a fantastic freshman class that is especially strong on vault and floor. After winning two consecutive USAG national titles in 2015 and 2016, the Lady Lions will be eager to start 2018 strong and are sure to continue to be one of the most exciting teams in the country.

Keep checking NCAA Gym News for previews of the remaining DII teams and coverage of both DII and DIII gymnastics throughout the season! 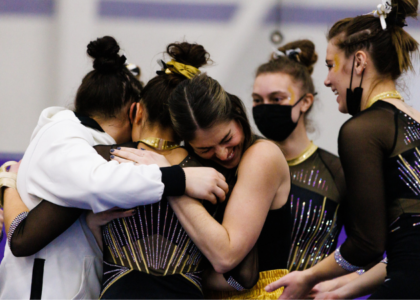