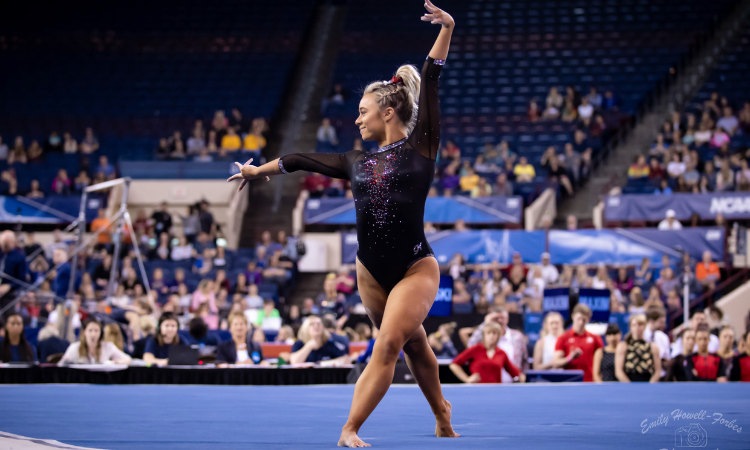 Since July, the sports world has been adjusting to the new reality that NCAA student-athletes are allowed to make money for being an athlete, a stark difference from the prior 115 years where that would have destroyed their status as an amateur and disqualified them from participating in collegiate athletics. Now, student-athletes have been granted the right to name, image and likeness compensation (commonly referred to as NIL), allowing them to market themselves and earn money in a way that was previously forbidden.

Since July, international NCAA student-athletes have been adjusting to a new reality as well. One where all their American-born teammates are allowed to make money for being an athlete while they are not.

“To say all NCAA athletes can now do this [is] a false statement,” said Sydney Soloski, a fifth-year at Utah who is excluded from earning NIL compensation as a native of Calgary, Alberta, Canada.

“The NCAA has nothing to do with it actually. It’s much bigger than the NCAA. These athletes agree to come here with an I-20, an education visa. They don’t come here on a P-1 or P-2 traveling work visa,” Farden said before elaborating on the fact that those P-1 and P-2 professional visas would likely affect an athlete’s amateur status, complicating matters further.

According to the NCAA, over 20,000 international student-athletes are competing for NCAA schools, and every single one of them is missing out on NIL compensation due to being on an educational visa. In just the four months since NIL passed, gymnasts and athletes in all sports across the country have begun to market themselves and sign endorsements to reap the benefits of this change. Big-name gymnasts like LSU’s Olivia Dunne are projected to earn into seven-figures through NIL compensation, while gymnasts at smaller schools, too, are making deals to bring in some extra cash.

While Soloski understands that NIL is opening doors for a majority of student-athletes and holds no grudges against them, she says it’s difficult for her to sit back and be barred from walking through those same doors. Prior to finding out she would be excluded from NIL rights, Soloski worked to build her brand to potentially capitalize on the opportunity. She created a YouTube channel that now boasts over 1,700 subscribers, and has amassed nearly 17,000 followers on Instagram, making her an extremely viable option to cash in on NIL if she were allowed.

“I did my work and built my brand and have done a really good job in terms of that. Not getting to use that right now is really frustrating,” said Soloski. “You go on Instagram and see your teammates and everyone else posting… It flat out just kind of sucks.”

For international student-athletes to get the right to NIL compensation, laws surrounding student visas would need to change, and that’s where the government becomes a factor. Tay Hawker, president of the management firm Hawker Sports & Entertainment that multiple NCAA gymnasts are signed with, explains that it all actually boils down to a change that could be made at the drop of a hat.

“ICE (Immigration and Customs Enforcement) actually has the ability to change the rule whenever they feel. That doesn’t have to be voted through congress or anything, which is huge,” said Hawker. “Fundamentally, the law was created to stop international student-athletes from taking money out of the American economy and sending it home, which as times have changed is just comical. They need the money themselves for things like gas, food, clothes, sometimes rent and electricity too.”

Although the issue could seemingly be solved instantly, both Farden and Hawker foresee nothing happening with the matter anytime soon. But, both are hopeful that by the time the 2022 academic year begins, international student-athletes will have the right to NIL compensation. And while there’s not much that student-athletes, coaches or fans can do to help, Hawker stresses that it’s important to keep fighting and make enough noise about the problem so ICE has to listen.

Overall, Farden believes that student-athletes earning NIL rights is a positive thing. He anticipates more high-level talent will choose the NCAA route over a professional one, and that it will help give student-athletes the opportunity to profit on what they’ve been working on their entire life.

“It allows athletes to engage in opportunities that are overdue, in my opinion,” Farden said. “These athletes have worked their entire life for their craft, and some of them have reached a level that warrants eyeballs, endorsements and advertisement opportunities beyond what the NCAA in the past could allow.”

On the flip side, Soloski proclaims herself to be a bit of a pessimist when looking at the future of NIL. She thinks the way the NCAA granted student-athletes NIL rights left a lot of grey area that could potentially lead to larger, more difficult problems than anyone could have anticipated.

“I really do think this will be the downfall of the NCAA. I think the blurred area between professional and amateur sports is going to continue to blur,” said Soloski. “It’s a step in the right direction, but there needs to be more guidelines and strict rules on what’s allowed and what’s not allowed. Otherwise, I feel like college sports are, unfortunately, going to deteriorate.”

READ THIS NEXT: Name, Image, Likeness Set to Begin July 1