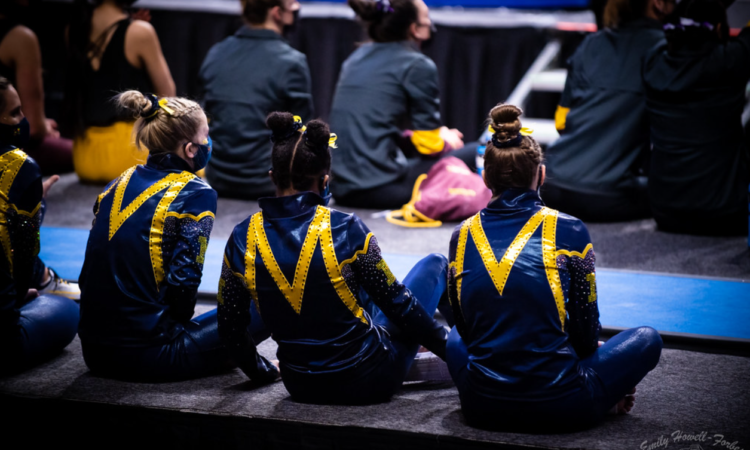 In many ways, 2020 was a year of reckoning: In the midst of the devastating COVID-19 pandemic and arguably the most contentious presidential election cycle in United States history, George Floyd’s murder by Minneapolis police officers sparked widespread protests and calls to action for social justice.

Last summer, CGN hosted a roundtable discussion with 11 former and current Black NCAA gymnasts to discuss their experiences as women of color in a historically white sport, highlight the issues they and other marginalized groups face and collaborate on ways to address those issues.

One year later, we’re following up with Florida senior Nya Reed, Michigan juniors Sierra Brooks and Gabby Wilson and Rutgers head coach Umme Salim-Beasley to learn about their experiences over the past year, what changes they hope to see in the future and how the gymnastics community can help effect those changes.

Reed, along with several of her Florida teammates, drew widespread (and largely positive) attention for choosing to kneel during the national anthem before meets. “To have our teammates of other races kneel with us, and then those who didn’t still linked arms with us like, ‘We’re unified,’” Reed said. “I think that was a big thing.”

That decision—and the unity behind it—was preceded by numerous “uncomfortable conversations” about race and inequality shared by coaches and teammates, which Reed says, “completely changed everything: [Bigotry] is something that happens all the time. You can’t miss it; if you’re missing it, you’re choosing to miss it.”

Reed recalls a recent conversation shared by her and classmate Trinity Thomas. “A lot of African American gymnasts were coming out about a lot of things that were happening at their institutions, and I was just so thankful that we’ve never had to experience those things at the University of Florida,” she said. “I tell [my teammates] all the time, ‘I’m so blessed to have a team like you guys.’”

Florida was one of many programs that hosted diversity and inclusivity-themed meets during the 2021 season, and Reed noted it’s a year-long commitment for the Gators. During the 2022 preseason, their entire team and staff are attending a weekly seminar that addresses social injustice. While these seminars are designed to highlight difficult truths and ask uncomfortable questions, she knows it’s necessary and beneficial work: “Love is love and you spread it, no matter what,” Reed said. “I think my teammates are really learning from it.” 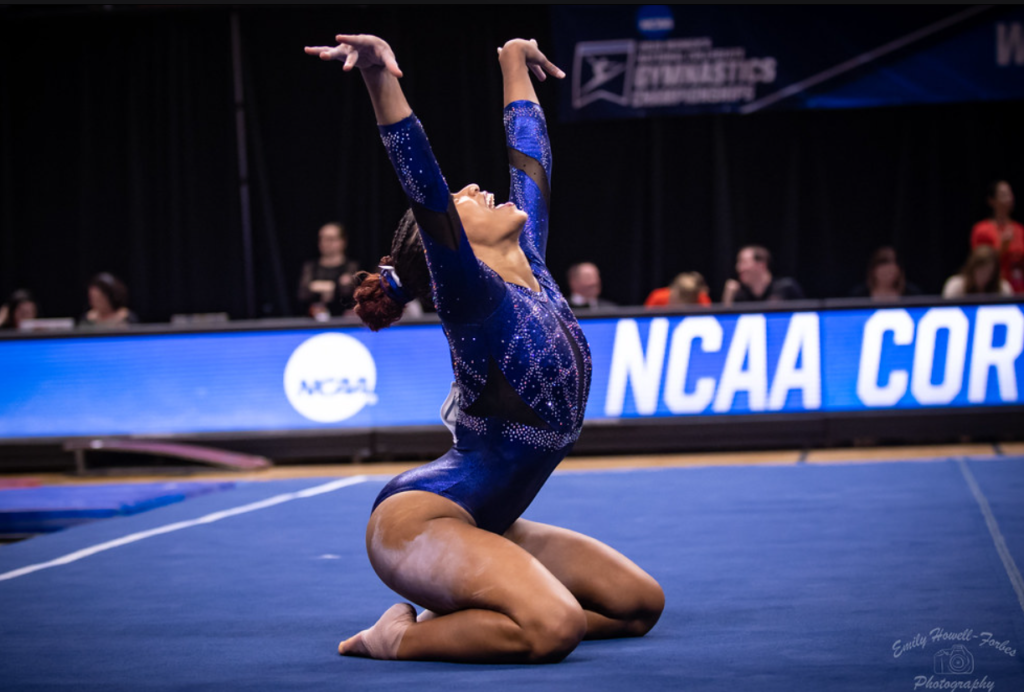 Brooks and Wilson made history with their team in 2021, becoming only the seventh program to win a national title. During last year’s roundtable, both recounted an “overwhelming” question and answer session with their non-Black teammates.

“It definitely opened up the opportunity for us to talk about [racism] and other issues like LGBTQ, ableism and things we don’t usually bring into the gym,” Wilson said. “This year I felt more understood by my teammates. It made us more united as a team.”

“The biggest thing is that it made us much more comfortable with our teammates and staff,” Brooks agreed. “Whenever there’s anything that we’re uncomfortable with, or just anything that we feel is necessary to bring up, we are quick to do it, and there’s no hesitation or fear of how that’s going to be acknowledged or implemented.”

While COVID-19 was arguably the focal point of 2021, Brooks thinks “those initial deep conversations made it that much easier for us to come together as a team and talk about those things that were impacting one of us or all of us.”

Wilson also noted a change in her teammates. “People were definitely more willing to speak up when they did see [racism], and they were actually able to identify those things because they’re looking out for them a little bit more.” 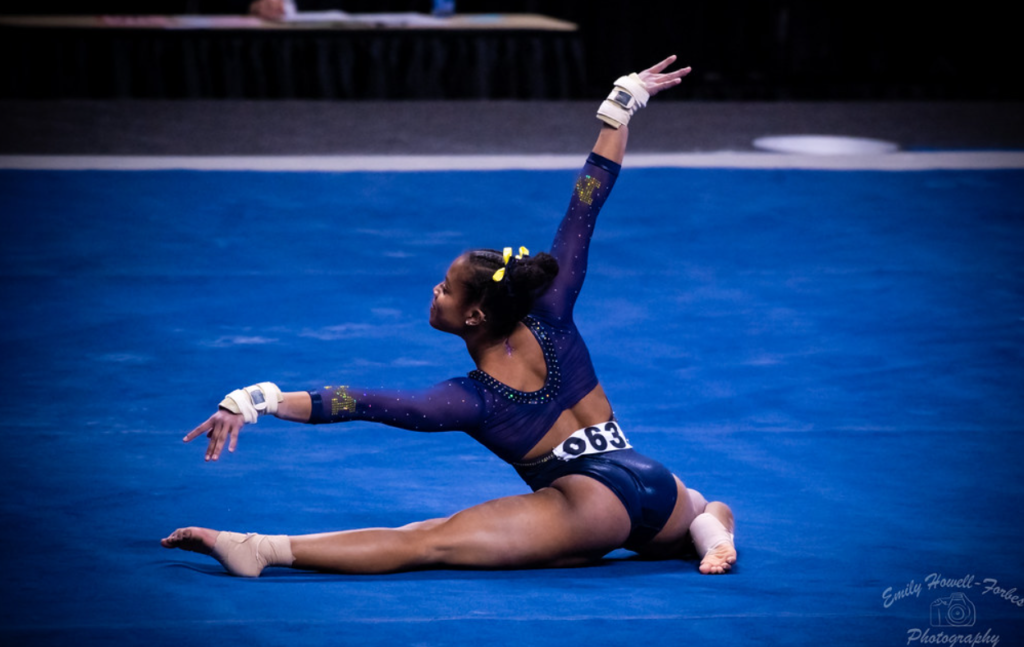 “I think this was definitely a shake-up year when it comes to social justice, racial justice and equality,” Rutger’s head coach Umme Salim-Beasley said. “I think everyone really got to a point where they had enough of seeing all of the negativity that was being broadcasted throughout the country on the news, on social media, and really wanted to see action take place.”

In addition to her coaching duties, Salim-Beasley is serving as co-chair, along with UC Davis assistant coach Tanya Ho, of the WCGA’s Diversity and Inclusion Committee.

“The WCGA recognized that there was a need to be able to have difficult conversations and really help the athletes and the coaches as well, come up with different tools and strategies to be able to discuss issues on race, on diversity and on lots of different topics.”

Salim-Beasley offered high praise for the committee’s first student-athlete representative, Gabby Wilson. “She just did a phenomenal job of being able to lend her ideas to what would be best for the student-athletes.”

Wilson, along with Auburn fifth-year student Jada Glenn (who began working with the committee later in 2021), helped facilitate conversations between gymnasts and coaches, particularly for those athletes who may have felt isolated within their own team.

Wilson’s own experiences as a club gymnast helped inform those conversations. “I was used to being one of the only Black people on my team,” Wilson said, “so during that college transition, I wasn’t thinking about that as being a huge thing I was going to have to get used to again. I was already used to it.”

“For our gymnasts of color to realize that maybe they aren’t the only one, that there are other athletes that might have had similar experiences, they were finding that they were able to have discussions,” Salim-Beasley said. “They made a connection that way by getting the gymnasts on board.” 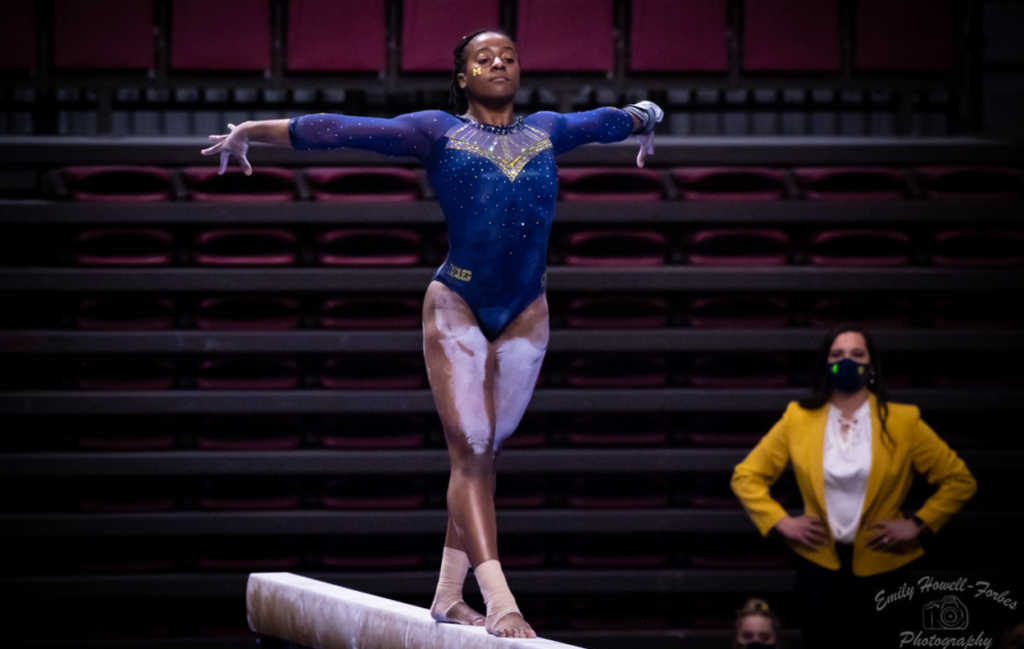 The committee’s initiatives were—and will continue to be—open to all NCAA gymnasts and coaches. She notes that while some coaches chose not to participate last season, she was encouraged by how many did and hopes to see even more involvement in the coming year.

One of those initiatives is to bring varsity women’s gymnastics to historically Black colleges and universities (HBCUs). This summer, Salim-Beasley volunteered with Brown Girls Do Gymnastics, an event- and program-focused organization advocating for gymnasts of color throughout their athletic careers by promoting diversity in the sport and whose 2021 conference was hosted by Louisiana’s Grambling State University.

“It was a lot of fun for [the gymnasts] to get that college feeling of being able to compete in a college arena, but it also gave Grambling State the opportunity to see how exciting gymnastics can be,” Salim-Beasley said.

The conference was so successful, in fact, that Grambling State has since announced it is formally exploring the possibility of becoming the first HBCU to sponsor women’s gymnastics.

Salim-Beasley welcomes more opportunities for gymnasts to compete at the collegiate level. “I think a lot of gymnasts would love to attend an HBCU, but because right now there’s no opportunity for them, they’re having to choose: Do I miss out on the HBCU experience, or do I pursue my passion with gymnastics?'” she said.

Reed made that choice during her recruiting period. While she’s thankful to be a gymnast at Florida, she’s very much aware of what she sacrificed by picking her passion for gymnastics over an HBCU experience. “You just feel at home when you go to an HBCU. It’s like a safe space; the whole university is a safe space.”

Whatever changes lie ahead for NCAA women’s gymnastics, Salim-Beasley is grateful for the progress made in 2021.

“I think this year people got it. They understood that, no, we’re not going to hide behind these difficult conversations; we’re going to tackle them head on; and we know that we’re stronger for it.” 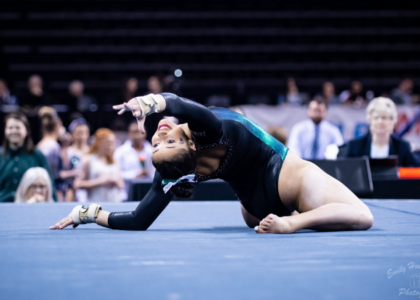 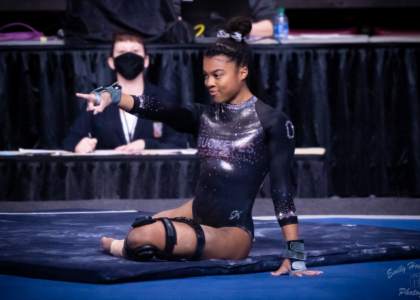