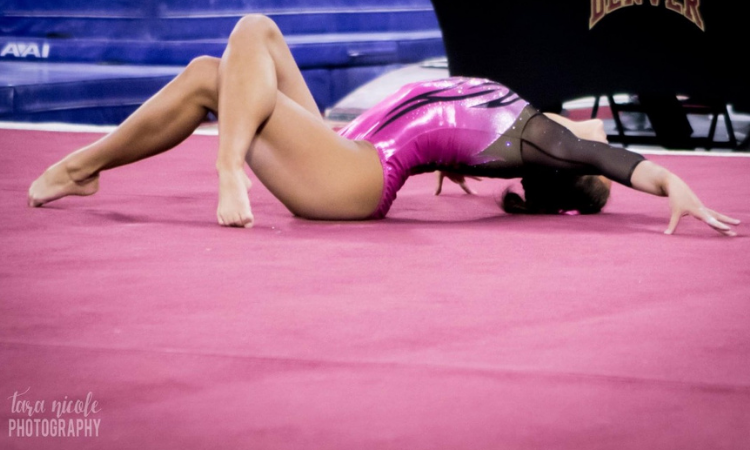 An evening Big12 conference matchup is an enjoyable way to end a Monday. This competition between conference rivals could bring some excitement with an upset on the horizon. Both programs are desperate for a solid meet that can be used towards the NQS. Iowa State appeared to be full of potential early-on this season, but has faltered since returning from a COVID-19 contact tracing break. Last week, the Cyclones had a beam meltdown resulting in a sub 194 score.

West Virginia has been consistent with scores in recent weeks, but has not propelled over a 196. However, the Mountaineers came close to defeating the No. 3 team in the country during its first two meets of 2021. This could be the week for the team to pull-off a conference upset against Iowa State.

While Iowa State has struggled on beam, West Virginia has an impressive rotation filled with unique combinations. Scores can be high, but it ultimately comes down to risk vs. reward.

This is a good preview of what’s to come at Big 12’s and whether either team has it in them to overtake Denver and/or Oklahoma if struggles prevail.

Here’s a look at the Cyclones leotard tonight.

Alright, hoping my feed runs a bit smoother the rest of the night because it froze three times during commercials!

Turner (ISU): FTY, really nice form and height off the table. Hop back on the landing. 9.775

Small bars delay over Combs score. Huge difference between in scores between the judges so there is a discussion occurring now.

Alright this has advanced to a long delay.

Hornung (WVU): Straddle Jaeger, nice amplitude, short on her handstand, Bail handstand, doesn’t quite get her final handstand, blind full to double back, step back. 9.700

West Virginia didn’t have any disasters on its weakest event, but 9.700’s won’t be enough to compete with Iowa State’s rotation on vault. Iowa State has a solid vault rotation with clean execution in the air. The Cyclones just need to work on sticking the landings to give them an edge as postseason approaches. The 49.225 for Iowa State is a season-best score on the apparatus this season.

Kianna Yancey (WVU): FTY, nice distance with a small hop back. Some soft knees in the air.

Hornung (WVU):Late addition to the lineup. FTY, lacks amplitude and distance. Pikes it down.  9.675

Some large wind gust just knocked down the feed, but I dont think I missed much

Iowa State continued its night with a gorgeous bar rotation lead by  Horowitz and De Jesus. West Virginia struggled on opening-up the hips on their FTY’s to carry the form throughout the skill. Despite some pike downs, the team was able to match its season best score on vault. West Virginia will have ground to catch-up, but the mountaineers are heading to its best two events. Meanwhile, Iowa State will be on beam where only two athletes hit last week.

Lewis (WVU): I really like her music and her commitment to the mood already. Rudi to loso, some soft knees but really nice landing, Gogean to switch full, fabulous double tuck to end. 9.825

Pierson (WVU): DLO, under rotated and has to take a lunge forward with a low chest. She usually does a second pass, but I probably missed it. switch side wolf full shushunova,  double tuck, step forward. 9.700

Iowa State will be extremely pleased with that beam rotation after last week’s disaster. This competition should serve as a good confidence booster for the Cyclones as conference champs are in a few short weeks. West Virginia had some uncharacteristic landing deductions on vault, but have great potential on floor.

48.950 on beam for Iowa State. That went much better than last week! 😂#BetterTogether | #Cyclones pic.twitter.com/hHjWuVNvbk

Iowa State twitter agrees about its glow-up from last week.

Interesting to note that Mckenna Linnen is absent from lineups tonight. She’s a staple on BB, FX and occasionally vaults for West Virginia.

Sound like Iowa State may be putting an inquiry in for Maddie Langkamp. Judges only gave her a 9.650.. must be a SV deduction.

West Virginia will have to count a beam fall now. Not the competition they were hoping for tonight, however the athletes are fighting for every tenth after an errors made.

Steinmeyer (ISU): Fhs double twist, nicely done Popa, Back 1.5 to front lay. She’s has gorgeous form on her twisting skills.  Ends with a double pike, slightly under rotated and has to land with a low chest. 9.775

Maldonado (ISU): Fhs 2.5 twist, small hop to the side, front double full to front tuck, hop forward. gorgeous flexibility in her leaps. Nice double pike to finish! Love the energy of this routine, once she controls her landings this routine will score very well! 9.800

Iowa State was much approved on all four events from last week’s mishaps. The Cyclones will be very happy with this competition as they look to pick-up momentum going into post-season. This will be a score West Virginia will look to drop for its NQS score. Not the best performance from the mountaineers tonight, but they left lots of room for improvement for the remainder of the season. 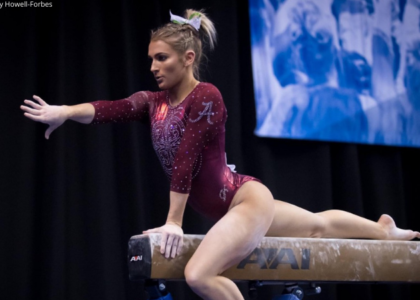