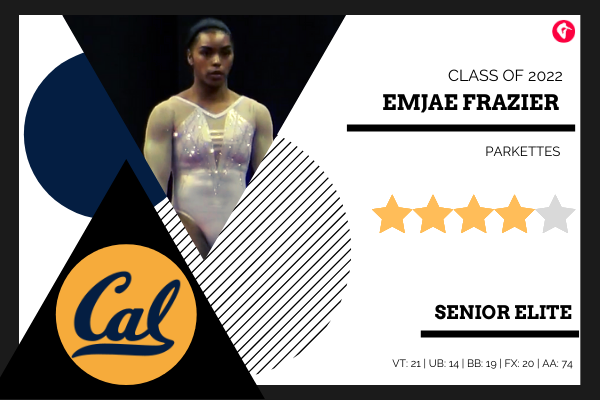 Frazier is an American international elite who made her senior debut this November at the Friendship and Solidarity Meet in Japan. As a junior, she competed at the GK U.S. Classic and the U.S. championships both in 2018 and 2019. She finished sixth on beam at nationals in 2019. As a level 10, she is the 2018 Pennsylvania state all around champion and the co-bronze medalist on floor at nationals (junior C). Her older sister Margzetta is a gymnast at UCLA.

READ THIS NEXT: 4-Star Recruit eMjae Frazier Commits to California