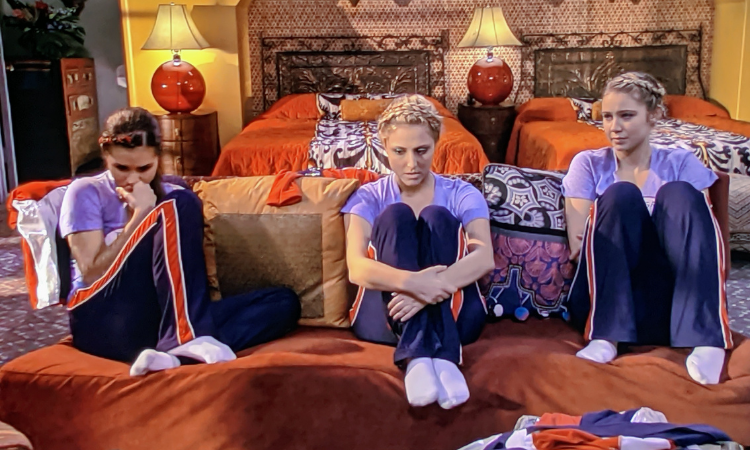 Summer comes rushing into the ER because she got a call that her “daughter” was in a horrific car accident. Max has multiple injuries—including a concussion—and has been hospitalized; unfortunately, Lauren’s fine.

Summer’s like, “I’m glad you’re not dead, but where’s your dad and why did you tell them I’m your mother?!”

Summer also brought Sasha with her. He storms in and starts berating Lauren. She thinks it’s over sending the kissy photo to Ellen Beals, but he’s actually just annoyed that she was “acting like a reckless teenager” the night before they leave for Worlds. He tells her one more strike, and she’s out.

Lauren is so relieved that Summer didn’t rat on her, but Summer says the only reason she hasn’t told him is because *Lauren* is going to tell him before Worlds are over. “And I suggest you do it sooner rather than later.”

Payson and Kaylie show up at the ER and immediately ask Sasha, “Is Lauren OK? Can she still compete at Worlds?” Glad they’ve got their priorities straight. Austin arrives just as Lauren is being discharged. She tells them about Max’s injuries (which will sideline him from competing) and Austin straight up says, “Nice driving, Lauren…”

Now Kelly Parker has arrived at the ER to check on Lauren, and Kaylie isn’t buying it. She tells her they will never be friends.

Max has asked to see his girlfriend, so obviously Lauren goes back. In his drug-addled state, he thinks she’s Payson and tells her he never meant to hurt her. I’m sure Lauren will do the right thing and pass that message along.

The Keelers are debating whether or not they should feel bad because they’ve already spent all of Payson’s granola bar endorsement money. They decide that they shouldn’t.

McGowan shows up at Kaylie’s to make sure she has an excuse ready for the media to explain where she’s been MIA the last couple of months; they’re going with a good ol’ ACL injury. McGowan emphasizes that they can’t mention her anorexia because it would make her look “weak” in the judges’ eyes and they’d score her and the entire team more harshly…

But I thought international judges love that “European look?”

The team arrives in Rio just in time to hear Russia’s star and team captain, Ivanka (…), say she doesn’t think Genji Cho—let alone Kaylie—pose a threat to her. Honestly, I don’t know what’s more problematic: Her name, her attitude or her TERF bangs. 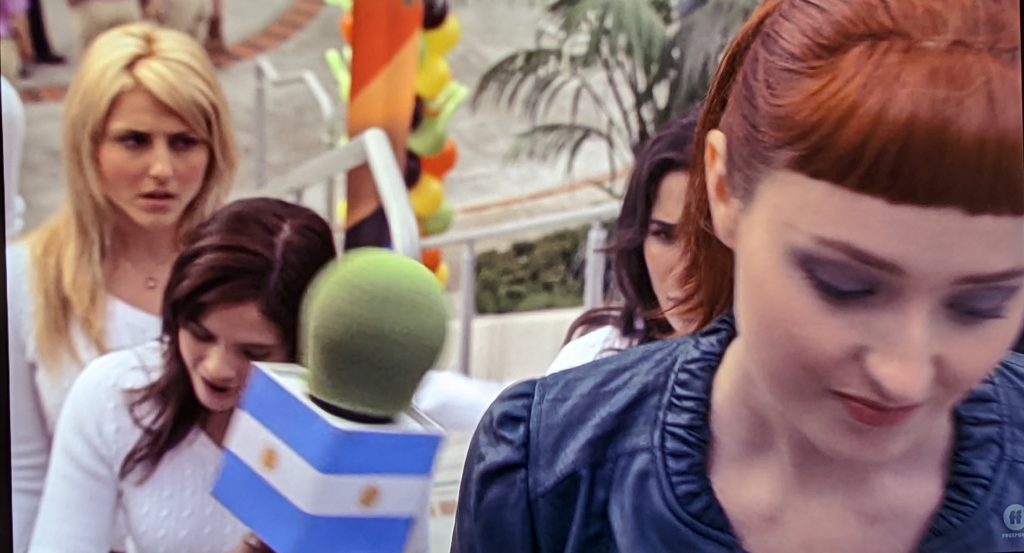 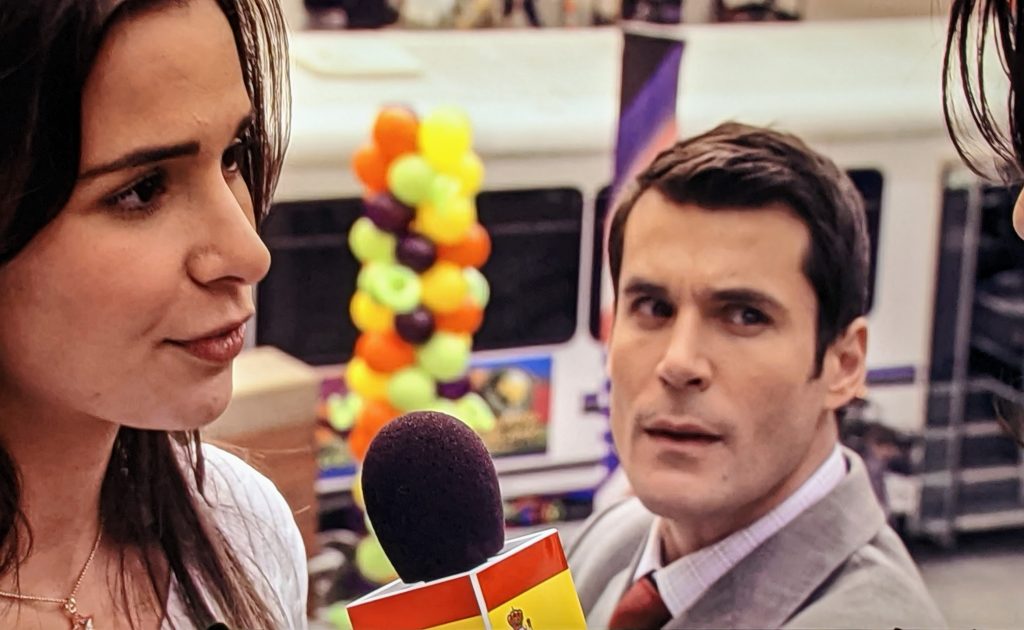 McGowan bans Kaylie from talking to the press any further because “USA gymnastics can’t afford a scandal.”

The Keelers are enjoying complimentary piña coladas at their bougie hotel. Kim still feels guilty that they’re basically having a luxury vacation on Payson’s dime. Right then, a recruiter from Stanford shows up and offers Payson a scholarship if the whole Olympics thing doesn’t pan out! 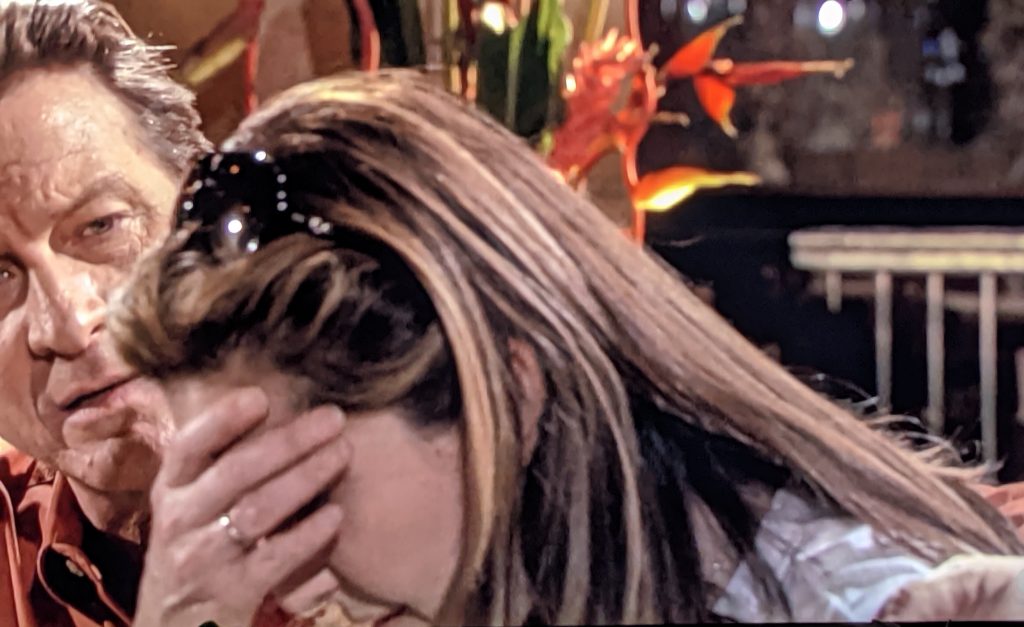 Austin is doing an interview in the pool surrounded by bikini-clad women literally hanging off him. Kaylie sees this and thinks it’s “disgusting” that he’s “faking” being a frat douche just for sponsorship money. He points out that A) she’s rich and B) she’s currently faking an ACL injury.

Bart and Nadia are commentating Worlds, and I am INTO THAT! 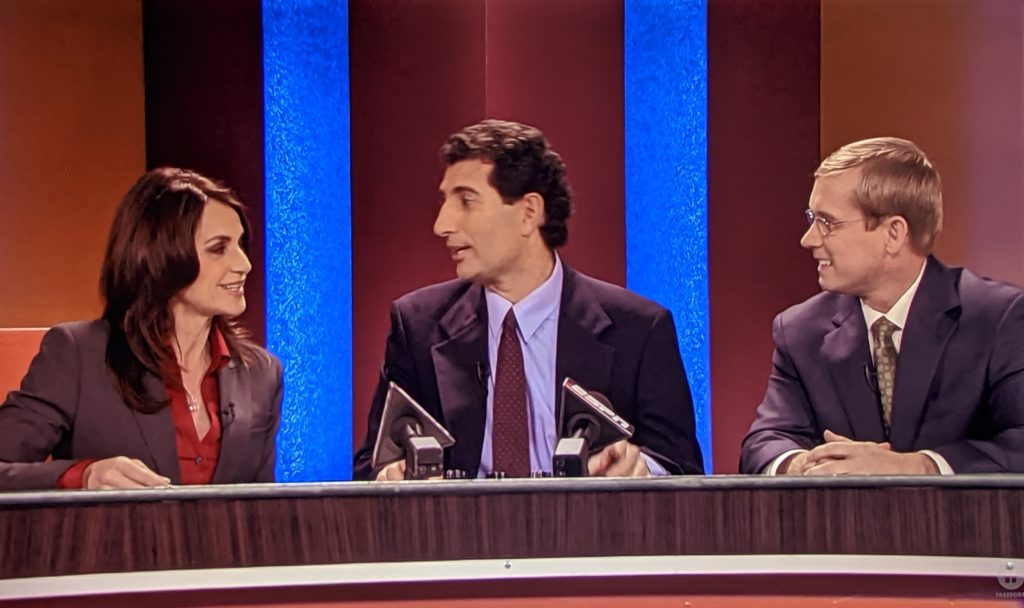 Lauren’s leading off on beam, and Sasha tells her to keep it clean and simple, without her usual unnecessary embellishments. (Also, he moves her springboard, but only to the edge of the mat. I realize this is completely irrelevant to the overall plot, but what the damn hell?!) 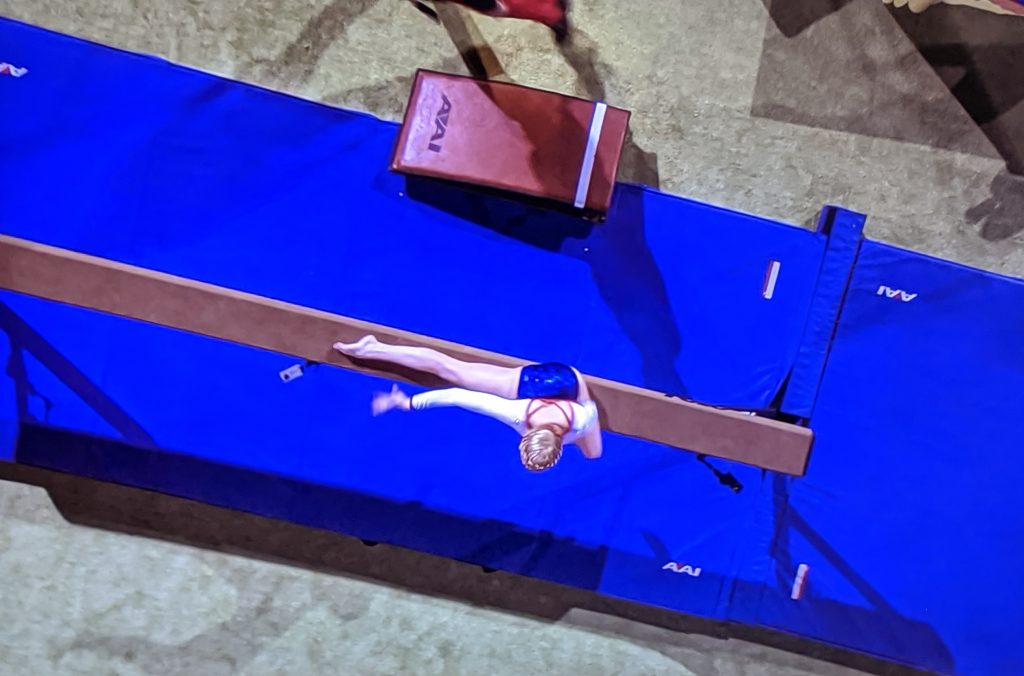 Anyway, Bart calls Lauren’s routine “lackluster and riddled with small mistakes.” Lauren, of course, blames Sasha: “You should’ve let me do it my way.”

Kaylie’s up on vault and takes a giant step on the landing of her first vault, an eight-tenths deduction according to Nadia. (Quick recap: Kaylie’s doing an Amanar. The next most difficult vault anyone in this universe has ever done in competition is a Yurchenko one and a half. Most of the gymnasts are doing Tsuk lays or the like.)

The U.S. is now in fourth and can’t afford to drop any lower or they’ll miss finals. Payson’s up on floor doing her Swan Lake super artistic routine. Mark immediately senses something is wrong… Payson takes a big step on her double pike and then sits her front double twist. The granola bar representatives are not impressed. 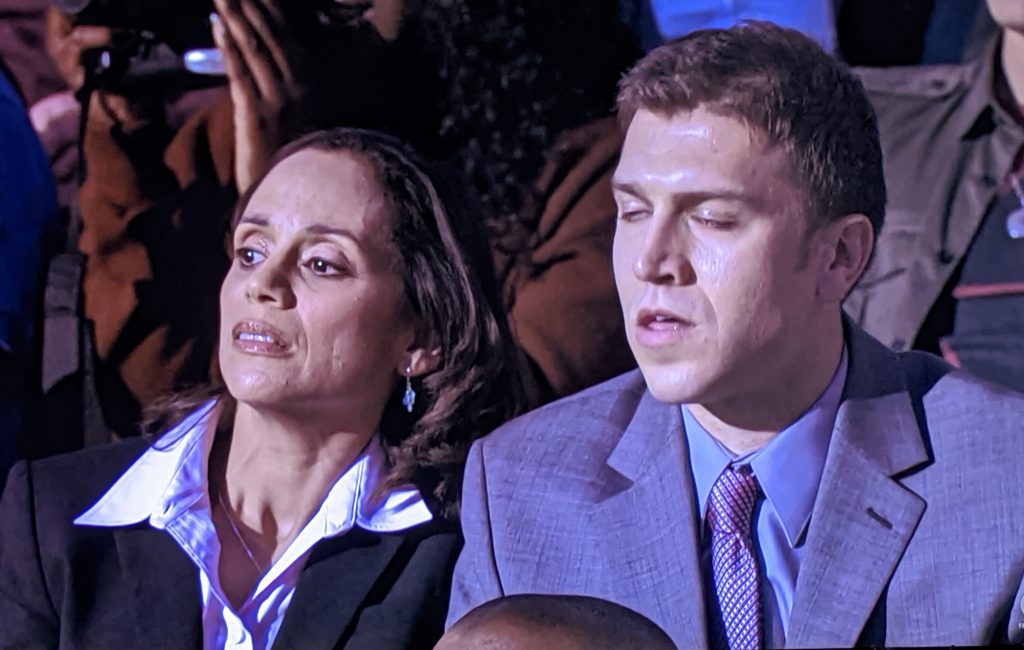 Heading into the final rotation, the U.S. is in sixth place (i.e., out of finals position) and it’s all coming down to Kelly Parker’s bars routine. Sasha tells Kaylie to “stop acting like a bloody prom queen and support your teammate.” They do and she nails it, moving them safely back into fourth place.

Back in the hotel suite, Sasha berates the girls for their collective meltdown, blaming it on their dysfunctional relationships. He tells them, “No phone, no food, no anything until you figure this out,” and then leaves them to it without offering any guidance whatsoever.

Finally, Payson apologizes… Sort of. “I’m sorry. I’m sorry I let myself become an airhead like you three and allowed a boy to throw me off my game.” Lauren apologizes with, “I’m sorry I can handle boys and you can’t.” Kelly tells them to shut up and starts crying about how she’s always been jealous of their friendships until now and that they all suck worse than she does.

This prompts Payson to admit she feels super guilty about “forcing” her parents into signing away her eligibility. Kelly Parker’s like, “Pssh, my parents signed mine away at 9. At least your parents love you.” Payson tells Lauren, “You win. You get the guy.” Lauren confesses that Max actually asked for Payson at the hospital, not her. She and Payson and Kelly hold hands and ask Kaylie, “Can we get through this?”

Kaylie says she’s not sure because she can’t come clean about her anorexia. They tell her whatever she decides, they’ll have her back. And so she decides to hold a press conference to announce her eating disorder. 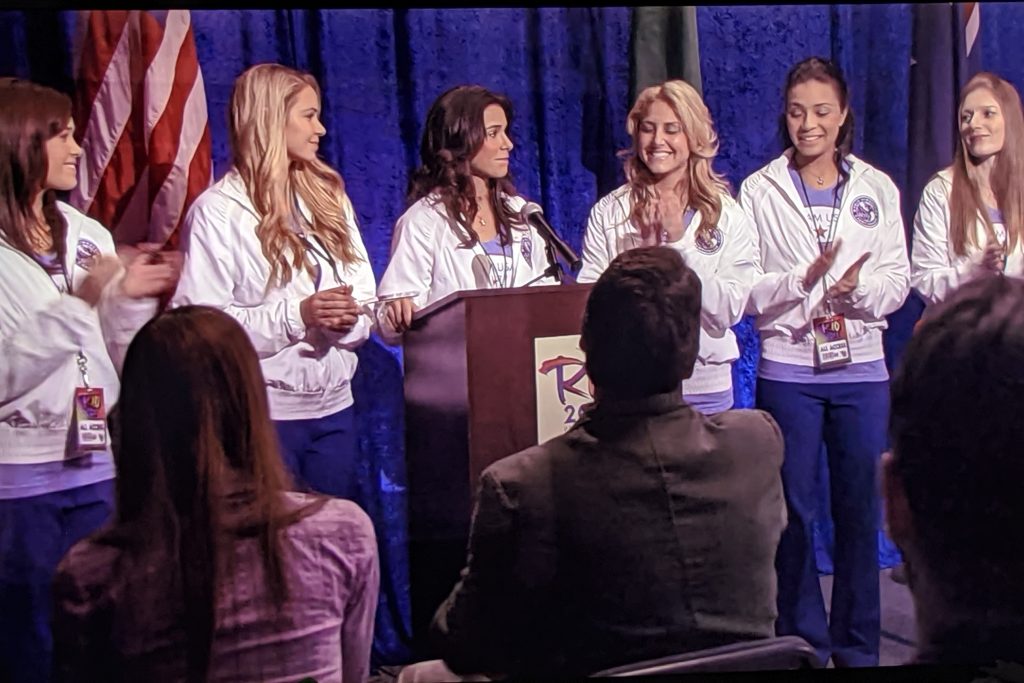 Come team finals, you can tell they’re in a better head space because they’re sharing a tube of bright red lipstick (ha, remember the pre-COVID times?). Lauren’s up on beam and—after a death glare from Summer—confesses to Sasha that she sent the video to Ellen Beals. They both tear up and he walks away without a word.

Right before she mounts, Sasha comes back and tells her he forgives her. “I know you have the capacity to be a better gymnast and a better human being than you’ve shown yourself to be. Show them the ‘Lauren sizzle.’” They hug and Summer is happy.

After a much-improved routine from Lauren, Payson’s up on vault. She does a perfectly acceptable Yurchenko half-on tuck, but tweaks her ankle on the landing. Sasha wants to bench her, but she insists that she has to do her one last vault since there’s no way she can do floor. He asks, “You can barely stand, how are you supposed to land your vault?” She responds, “I don’t know, on one leg?”

This time she does a Yurchenko half-on tucked one and a half and—through the magic of television—manages to land on one effing leg. Nadia says, “I haven’t seen anything like this since Kerri Strug!”

Genji Cho does a lovely floor, which all but guarantees China the gold. Sasha wants Kelly to anchor floor in Payson’s place, but she insists Kaylie go instead despite not having trained floor in, like, six months. But it’s miraculously excellent. Even McGowan’s pumped for her clutch performance. Obviously, it secures the gold for the U.S. and “the biggest comeback of the last 10 years!” 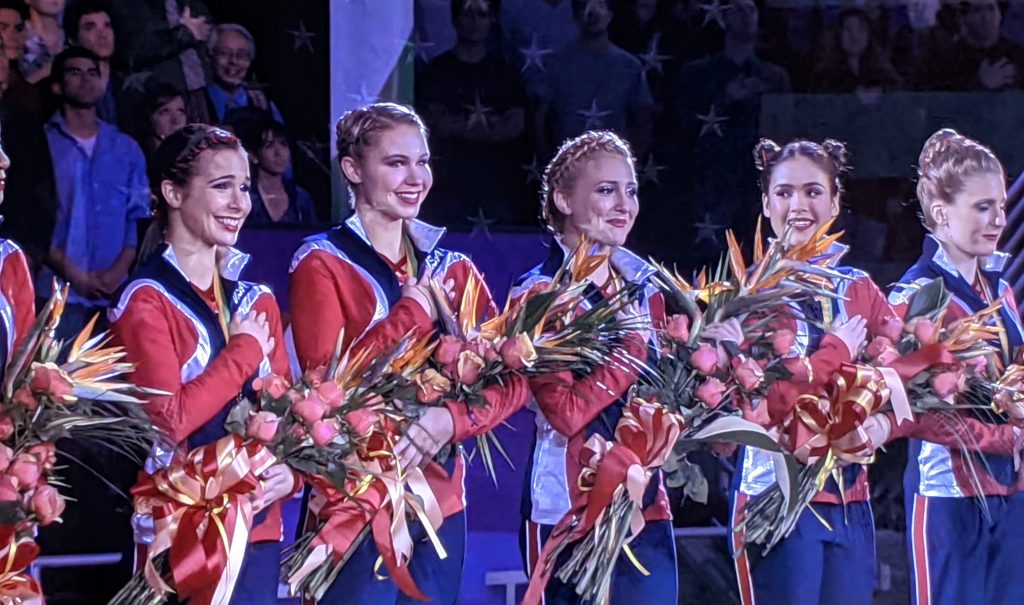 Afterward, the celebration is in full swing. Summer hugs Lauren in a motherly way. The broken and concussed Max shows up in Rio to tell Payson he’s in love with her. (He starts to tell her, “There’s one other thing…” but she tells him to shut up and hugs him; I guess we’ll stick a pin in that for season 3). Austin tells the media that he wants to date Kaylie, “If she’ll have me.” 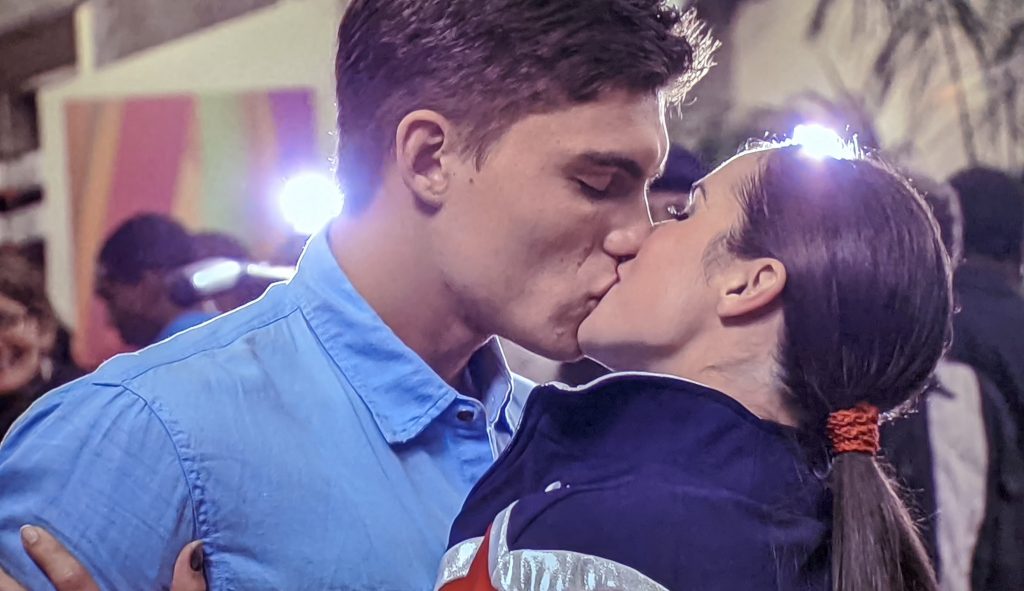 The three Rock girls sneak away to enjoy a rare moment of no-strings-attached happiness together. 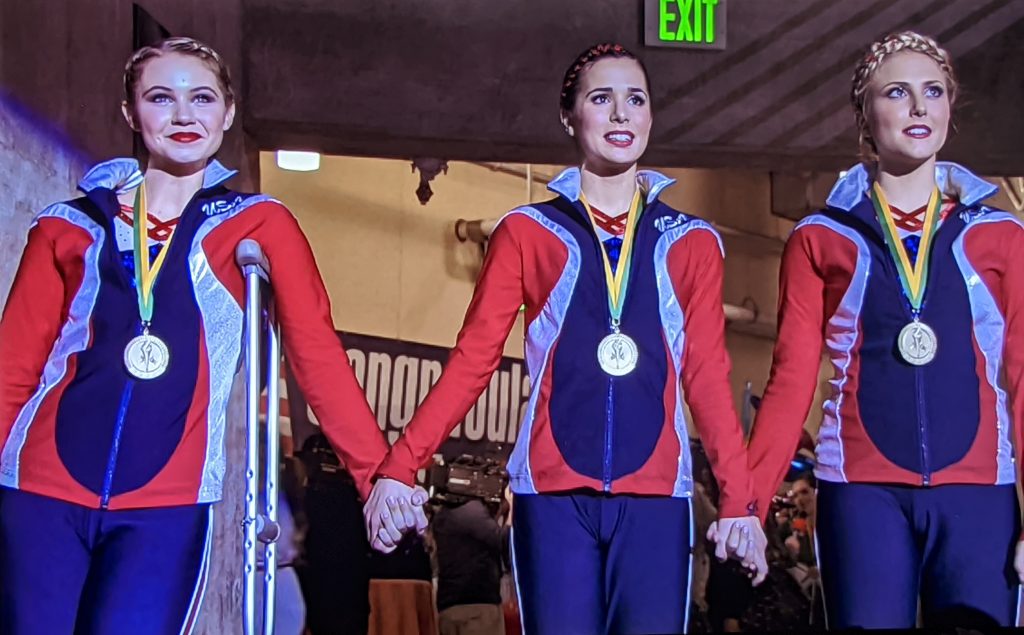 Faker Than Worlds Not Being on a Podium

Realer Than Blaming Kaylie’s Absence on an Unspecified ACL Injury

Rating: For all the tears in this episode, the season two finale is definitely lacking, um, “sizzle” and only manages a -3.