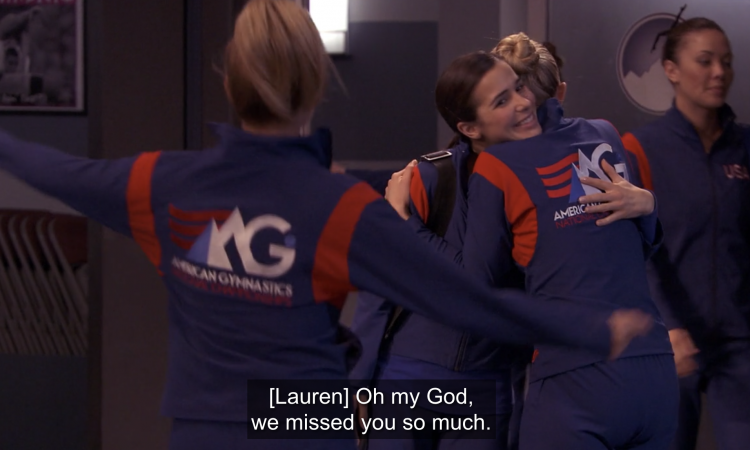 Season 2, Episode 17: To Thine Own Self Be True

It’s the first episode of the post-Emily era! Kaylie seems to be having as much difficulty parsing this as I am, debating the matter with her therapist as she prepares to go back to the Rock. She’s kind of reeling from the fact that Emily’s departure is basically her fault and her therapist is kinda like, yeah.

Austin seems anxious about Emily being gone, but Payson says that they can’t stress about what could have been and need to look to the future. Which like, maybe that’s a valid excuse for your coupon not scanning at the store, but for suddenly losing a close friend?

Emily may be gone but Kaylie is back and I kind of love that everyone else coming into the Gym couldn’t care less.

It’s a big day for her to be back because the very real press pool that attends all gymnastics events in real life is at the gym asking questions about the national team.

Kaylie is crestfallen when Sasha leaks to the press that Kaylie won’t be going to worlds because she isn’t ready.

She confronts him about it and he says it’s too risky because she can’t go to worlds and totally falls below expectations. Because no one has ever done that and God forbid she’s the first.

I have to admire the “done being safe” attitude. For someone who mixes with Lauren like oil and water, she sure seems cut from the same cloth.

Austin tells Max he needs to “bust a move” if he wants to impress Payson. Is that what the kids are calling “being a gentleman and waiting for her to come to you like a respectable individual would” these days?

Sasha passes out COVID-era restaurant menus to detail the “compulsories” the gymnasts will need to show to get to worlds.

Something tells me that’s not in the imaginary NGB bylaws.

Kelly tries to make Lauren jealous by telling her Carter “helped her get ready” to work out that day.

Lauren tries to get Summer excited about the upcoming wedding, which is a tall order for someone who won’t even wear her engagement ring because she’s afraid of offending the man she kissed once. Summer, girl. Either admit the man you’re about to marry isn’t right for you or grow a pair and stand up to the people who’ve done you wrong (read: Sasha Belov).

Totally oblivious to this vulnerable state of Summer’s, Lauren proceeds to capitalize on Summer’s overflowing excitement to invite people to the shower that Summer doesn’t want.

Especially when what you want is the opposite of what Lauren wants and you’re basically in the palm of her hand.

Kaylie reveals to Damon that Emily left town when she heard they kissed. Instead of Damon being sad about the mother of his child skipping town without telling him, he instead latches onto an offhand comment by Kaylie that their kiss “didn’t mean anything.” Sir, you have a pending child support payment.

Damon shows up to Emily’s house where Emily no longer lives and has to face Chloe’s (slightly) misdirected wrath.

Damon has a point about being allowed to kiss other people when you’re not in a relationship, but the whole “what about my future album?” schtick is about as deadbeat a move as anything. I repeat: That child support will do anything but pay itself.

Kelly shits on Tessa for missing one bars release so Kaylie steps in to help.

Oh yeah, that not at all a numerical metric that you can easily tell while midair.

Payson doesn’t understand how Kaylie could do this since helping Tessa with one skill obviously means she’s destroying her credibility with the national team forever and ruining her chance of making a future assignment.

Damon comes into the gym to say goodbye to Kaylie since it’s clear he’s made up his mind to abandon his dreams of writing the next “My Beautiful Dark Twisted Fantasy” and track down Emily. Kaylie unnecessarily tells him he has the potential to do both. It sucks how delusion ruins perfectly nice moments.

Speaking of ruining nice moments, a tearful goodbye is interrupted by paternalism when Austin comes out to defend Kaylie’s honor which obviously means violence. The following occurs immediately after Austin throws a punch.

I guess this is what he meant when he told Max to “bust a move.” At this point if I saw any “movement” from a man again, it would be too soon.

While out in the wilds of Boulder, Payson glimpses a side of herself she’s never seen before when she sees this photo taken by Max. No, I’m also not sure what it’s doing there, but let’s just say I’d have a much less charitable reaction if pictures of me were hanging in public, especially if they looked like this.

Wow, that is truly terrible, and it’s not even the most egregious bad photo we’ve seen. But hey, life imitates art.

There’s no time to reflect on this creepy gesture because it’s time to go train in the gym under the cover of darkness.

Times must be really financially tough at the Rock if the girls are sharing one of those tubs you store beers in on Memorial Day as a makeshift icebath.

Sasha acquiesces and allows Kaylie to go up on bars and show what she’s been working on. And he actually seems impressed. But in a true Sasha move, he uses approval to disguise the fact that…he really doesn’t approve and still won’t give Kaylie a spot on the worlds team because she’s not emotionally prepared.

Later that night, Payson opens up to her mom about seeing a picture of herself and how it’s contributing to her deepest fears.

Because the fine line between being a cast member on MIOBI and The Secret Life of the American Teenager is divided by…you being in a blurry picture. Damn, if that’s all it takes, I’m surprised I’m not in trouble.

Lauren tells Summer she wants to be adopted by her, and if you asked me if this was on my MIOBI bingo card when I started watching the show, I’d laugh harder than Sasha does in the face of people’s dreams.

Speaking of Sasha, Kaylie’s therapist makes a last ditch effort to convince him to put Kaylie on to the worlds team. I’m gonna call BS on two facets of this now instead of in the Balance Check: 1) Are therapists really allowed to intervene on their clients’ behalves to people doing them wrong? 2) Would Sasha validate mental health enough to attend this meeting in the first place?

Another thing to call BS on, because being cautious en route to winning Olympic medals is literally all ANY Olympic medalist has ever done.

Anyway it sort of seems to work because Sasha magically decides to give Kaylie a chance. She won’t be immediately on the team, but she’ll get a chance, much to the chagrin of Kelly Parker who apparently leaked to Sasha that the girls were practicing in the gym late at night. Maybe if he knew how long that stuff had REALLY been going on, he’d have had more of a problem with it.

Max tries once more to get Payson’s attention in the parking lot but she reaffirms she can’t get involved with boys out of the interest of not getting pregnant and dying and destroying her career. And because Max is a typical man and wants to appease, he offers to be friends.

For as much as guys don’t like being in the friend zone, they sure seem to want to put themselves in there a lot.

For the same reason that Max is a typical man, he immediately does this:

Yes, that’s Lauren. She kind of seduces him and doesn’t ask permission but…yeah there’s no redeeming that.

Later in the gym, the scene is set for a dramatic showdown in which Summer must set herself up for the hardest thing she’s ever done: resist this.

Love that we’ve never seen Sasha pay a lick of attention to staying in physical shape until we need to see some evidence that he’s hot and therefore titillating to Summer. We been knew!

He reacts kind of like Max did when Payson said she just wanted to be friends: slow resignation, the future incel in him burgeoning into something we won’t see just yet, but eventually…oh it’ll be there.

Summer clearly feels great about the whole thing as evinced by the joy and radiance on her face when she arrives at her secret wedding shower to cap off the episode.

MIOBI earned a -4 this week, a number that I can see Damon titling his album and calling it “deep.” 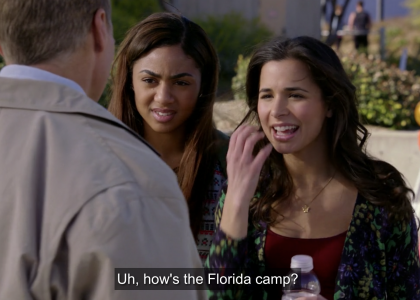 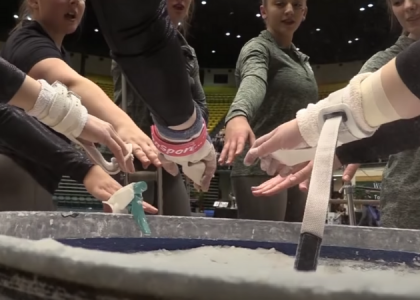