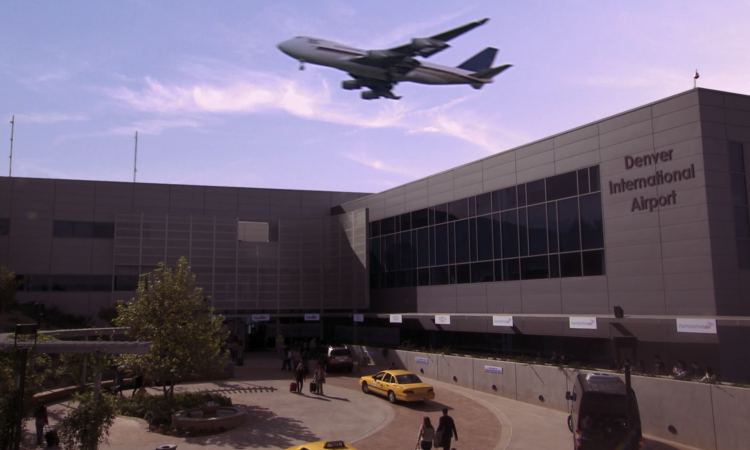 In the wake of last week’s disastrous performance against Pinewood, and in the wake of Darby not being Sasha, Payson is seeking her immediate removal. But there seems to be a new Darby in town.

Swearing? Sh*t is getting real.

Damon shows up at Emily’s house unannounced as she’s packing for Hungary, so she promptly sends HIM packing because of his shady relationship with Kaylie and him being a general loser.

I have to laugh that his various criminal indulgences and constant time on the road were fine, but his daring to look at her friend in the eye was the final straw. Either way, it’s basically the gymnastics version of breaking up with your boyfriend before you study abroad so you can be free among the hot men Europe has to offer.

At the airport, new Darby makes it perfectly clear she’s not to be messed with anymore, so everyone’s pre-flight snack budget is promptly docked by two dollars. Kidding, but it does seem like she means business. The ghost of Sasha beckons.

Kaylie is at what appears to be a much healthier therapy session than prior ones, namely because her parents aren’t there. She’s parsing out her problems with her therapist who immediately defies my previous thought by telling her to “just put down” the negative thoughts she has about eating.

On the plane, Payson in her unrequited stupor of love for Sasha, cooks up a truly deranged plan to change their ticket from Budapest to Bucharest, where he’s currently exiled, so that he’ll come back and coach the team.

In a sequence reminiscent of the stealing the Declaration of Independence scene in National Treasure, the girls evade Summer and Darby at Heathrow, but they encounter an obstacle as they prepare to board their secret flight.

Kelly Parker is like an ad on Hulu; she comes up when you least expects it and interrupts your creative flow. Turns out she’s coming along to Hungary at the invitation of the NGO because they weirdly like taking gymnasts who they know will do well.

Somehow the girls escape Medusa and make it on the flight. Sorry to make it about studying abroad again, but I miss the thrill of rushing to make a flight, even if it wasn’t to locate my erstwhile gymnastics coach.

To cope with the stress of embarking on an international errand to nowhere, Emily chugs an energy drink that may or may not also be a container of shaving cream.

Payson jumps on her to stop guzzling down a potentially banned substance, which is scary because she’s almost certainly right. I know there’s tons of burgeoning medical research that supports Red Bull leading to better amplitude on Tkatchevs, but sometimes it’s best to hold off.

Next on the checklist of bonding activities in the midst of being reckless, the three girls have a little heart to heart where Emily comes clean to Lauren about sleeping with Damon. Because providing sex-related fodder to this girl never seems to go wrong.

Back at the Rock, word of the international scandal has reached the parents. Steve assures Chloe and Kim that if anything, the situation will reflect poorly on Darby, which is pretty charitable considering it requires the assumption that the girls just slipped out of her grasp. When denying women of their autonomy goes postal.

Meanwhile, Kaylie and Damon continue to get close over him reading her journal and her trying to justify her problems. What is it with recent episodes of this show and uncomfortable closeups?

The girls arrive in Romania and have the issues you’d expect them to have given the fact they planned this trip about twelve hours ago. They wind up in a vaguely Westernized bar where they wish they could take advantage of the fact that the drinking age is 18.

But there’s no time to drink anyway, because guess who the barback is? That’s right, this Bucharest dive is home to the temporary employment of one Mr. Sasha Belov.

You have to hand it to this man for being willing to stoop below his station. Living in a trailer, working at a bar abroad, dressing in J Crew instead of Armani…I’m really impressed.

Like M discovering James Bond in Turkey after he faces his death, it’s clear the girls have stumbled upon a man who wishes not to be deserved. No amount of pestering him with images of his gold medal and Emily and Lauren leaving in protest could convince him otherwise, except…

Looks like the girls aren’t the only ones capable of navigating the wrong Eastern European nation. Clearly it’s time to stop underestimating this woman, not after she tracks down Sasha and the girls at a random bar in the middle of nowhere Romania any far distance from the airport.

Summer tells Payson to get her act together and abandon the whole “Sasha might still be in love with me, a 17 year old” act, but not before she can have a similar heart to heart with Sasha and potentially salvage the love they shared. Spoiler: It doesn’t work.

Everyone somehow makes it back to Hungary in one piece. Hopefully they don’t need sleep or anything because Sasha wakes them up in the middle of the night—he changed his mind! Wow, I really thought he was going to stay stowed away in Romania for the rest of his life and never touch a piece of gymnastics equipment ever again. I’m like…in shock.

Lauren goes up on beam, followed by Ivana, who we learn keeps a low public profile, likely at the behest of the Russian federation’s strict standards. Ah yes, because we know so little about the real Russian gymnasts and their non-problematic ways IRL.

Emily goes up on bars and falls. The not-Sasha-but-also-not-Darby coach says he’s putting up Kelly for the rest of the competition, but she only does vault. Weirdly, this competition appears to feature “one up, one count” on each event, because we see no other routines from any gymnast.

Payson goes up on floor and Kim and Steve are truly channeling their inner Lynn and Rick Raisman from home. Thank God they tracked down that stream.

Alas, it’s not enough to win, but hopefully the girls have a new fire in their veins going into…whatever made up event is next.

Later, the chairman of the Hungarian National Committee summons Emily. Recalling her moment of energy drink weakness and knowing said chairman looks like this…

…Emily is worried. And rightfully so. What in the Twilight Zone fresh hell?

The chairman informs Emily of some crazy news regarding her urine sample: It turns out she hasn’t broken any rules, but she is casually pregnant. Whatever anyone does: Don’t panic. And don’t tell Summer.

MIOBI earned a -5 this week, which represents the number of people who would normally have access to a meet like this in the real world. Still can’t get over that. 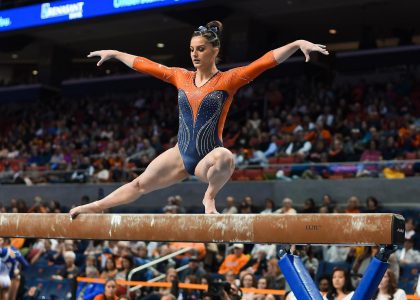 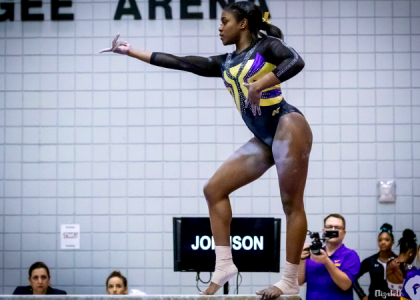 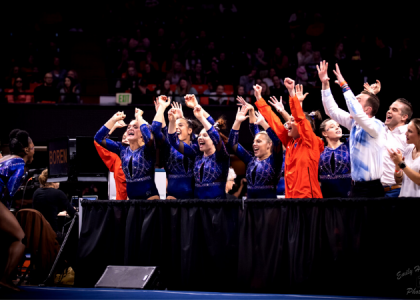