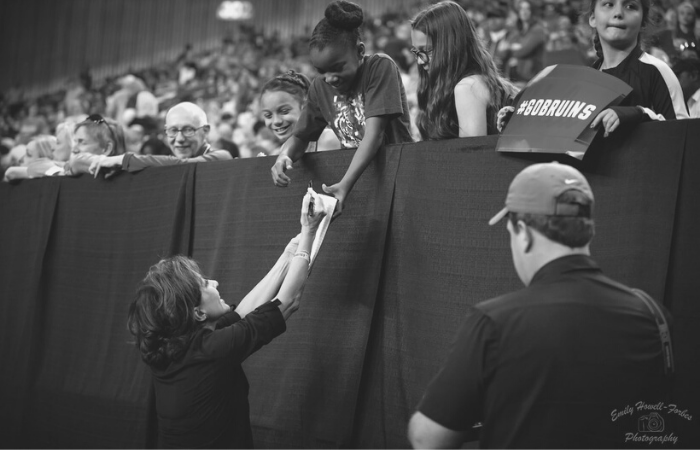 “That coach seems like one of the good ones.”

We have probably all, at one time or another, thought that phrase or even said it to other gym fans.

There are so many bad actors in gymnastics. There are the obvious monsters, the open secrets and the ones whose abuse catches us by surprise. It’s natural to see a coach acting nicely toward a gymnast we like, or to hear a positive story from a retired athlete and feel thankful for how great that coach or trainer or administrator seems—and to assume that coach is outside of gymnastics’ culture of abuse.

There lies the danger.

We all need to acknowledge that, while some coaches seem like “the good ones,” we may someday see a former gymnast come out with a painful story of abuse perpetrated by that person. It doesn’t matter if she was a walk on or a scholarship athlete, if she was on the team 15 years ago or last week, if the abuse she describes is emotional or physical.

Maybe most importantly: It doesn’t matter who the accusations are against.

It is our responsibility to listen and react with compassion first. We must commit, as a community, not to rush to defend the coach and not to rush to publicly harass other gymnasts we assume may have had similar experiences. If we come from a place of compassion, these painful reveals will be one touch easier; we owe that to the gymnasts telling their stories.

At College Gym News, we had previously extolled the virtues of Dana Duckworth. We considered her a bright spot for Alabama, and we were enamored with her seemingly endless positivity and encouragement. When Tia Kiaku told her story, it rocked us. It felt shocking.

That feeling of shock when the accusation is unexpected is fine, but we all need to refrain from publicly claiming disbelief, because it isn’t about us. Those kinds of statements immediately align more with the accused and less with the gymnast.

Our next feeling after learning Kiaku’s story was of anger: not at Kiaku herself, but at Duckworth. I, personally, felt duped. Her charade of a “big happy family” had tricked me, and I was frustrated with her for that. But that is in the toolbox of abuse: fooling outside parties is a key piece. Duckworth has not yet addressed the claims, beyond acknowledging that she is responsible for the program and is not perfect.

Before Alyssa Beckerman shared her story of abuse at the hands of Miss Val, we had all heard rumblings of things long past that seemed questionable: weigh-ins and eating restrictions that were widespread in the ’90s, things easy to dismiss as of a different era. Miss Val even proudly admitted a recent and objectively racist episode, writing in her book that she picked out Katelyn Ohashi’s cornrows during a beam warmup, saying “I just don’t like them.” When Beckerman affirmed that she had experienced outright cruelty and physical pain at Miss Val’s—and to an extent, Randy Lane’s—hands, it was once again at first shocking and then angering.

This moment of reckoning is not meant to be easy. If it feels easy to you, I implore you to examine your response as each new story of abuse surfaces. We, as a community, must work together to make gymnastics a safe place. Part of that means not valorizing coaches, making it nearly impossible for anyone to speak out against them. The other part involves our response after we hear a difficult story: compassion.

That doesn’t mean automatically to be suspicious of all coaches everywhere. No one is expected to refrain from having a favorite coach or finding someone likeable. Those things are simply human nature.

But we must not hold anyone above reproach. We must be prepared, at any moment, to pivot and hold any coach accountable. That is the responsibility of fans at this moment. We will all make mistakes; it’s inevitable. Our final commitment in this moment must be to listen to criticism, apologize genuinely and be better in the future.

At College Gym News, we unabashedly stand with the gymnasts sharing their stories. 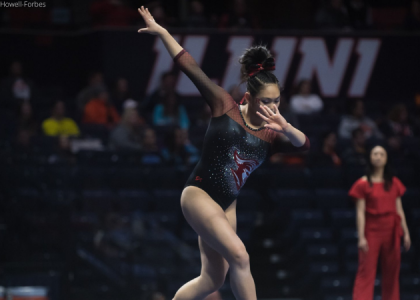