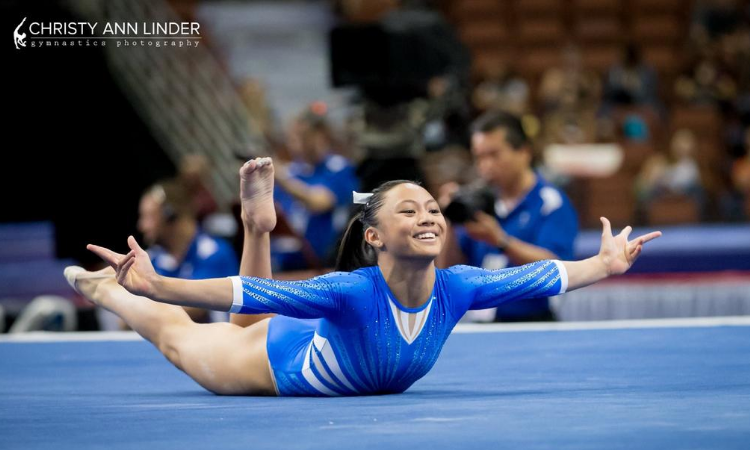 The most anticipated series is back! We looked at the data and videos for each incoming elite freshman on each event to see which gymnasts are at the top of their class across the apparatuses and in the all around. This week we’re looking at the top elite all arounders for 2021. Without as much data to work with as the J.O. rankings, and since many of the difficult routines will be downgraded once the gymnast gets to college, we focused on the factors that tend to contribute to a high score in NCAA: acrobatic form, flexibility, height, distance and rhythm. We also took into account the potential impact the gymnast could make to their school’s lineups.

After years of injury, Malabuyo’s all around readiness remains unclear, but if healthy, her elite potential could translate into Kyla Ross-caliber NCAA routines. Her form is exquisite on all four apparatuses and her gymnastics can marry difficult and elegant moves beautifully. Out of her impressive elite repertoire, at UCLA we would very much like to see her double layout on floor and her BHS + LOSO + LOSO beam series.

Adams was never the flashiest elite gymnast, but she brings poise, elegance and excellent form on all four pieces to Tuscaloosa. Her Yurchenko full has perfect 9.950 potential, and on the other three apparatuses, she can choose her best elite skills to build solid routines. Her Maloney to Pak salto and Van Leeuwen combination on bars is gorgeous and so is her 2.5 twist to front tuck on floor. We hope to see both of them at Alabama.

Similarly to Malabuyo, Esparza is also coming back from a foot injury. Given that she recently posted videos of herself training leg events, head coach Chris Waller will expect her to contribute on other events than bars and, hopefully, in the all around. Esparza’s strength is her basics, which are excellent, and with her easier skills, she has the potential to build outstanding routines. Her Maloney and Pak salto on bars are NCAA ready, though we would love to see her Bhardwaj too. Her easier elements on floor are very good and so are her leaps. Her Yurchenko full on vault could also easily make UCLA lineup despite being just a 9.95 start value. Beam is perhaps her weaker apparatus, but here too she has the potential to build her collegiate routine around her best skills.

Hollingsworth was an under-the-radar elite gymnast, but she has the potential to be an important contributor to Auburn’s four lineups. The skill that stands out the most is her open full-twisting double back on floor, which we hope to see at Auburn. Her Yurchenko full on vault is also very good. If stuck, it has 9.9+ potential. Her bars and beam routines in elite had some built-in deductions, but in college she can choose her best elements to create solid sets.

Lorange brings elegant gymnastics to Lincoln. Her lines on bars and beam are very good, and her floor routine is exquisitely choreographed. We cannot wait to see her elegant dance moves in the NCAA. On vault, her Yurchenko full is solid. Nebraska will hope to use it after losing two of its best vaulters this year.

Moors’ elite gymnastics is not deduction-free, but she brings elegance, poise and an impressive number of skills to UCLA. Floor will likely be her standout event, but she also has huge potential on bars. Vault and beam are bigger question marks, yet her execution in college will benefit from easier routines. We would love to see her front walkover to front tuck series on beam, as it would bring a touch of uniqueness to the Bruins’ lineup. 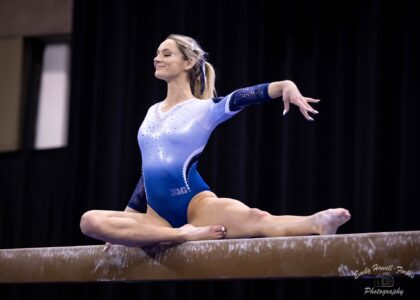 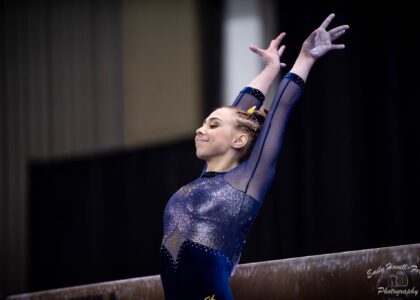 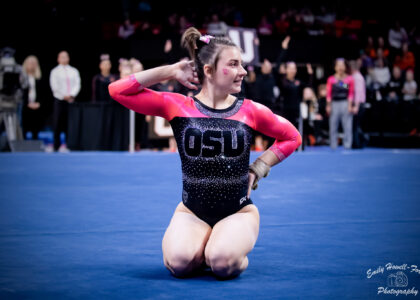