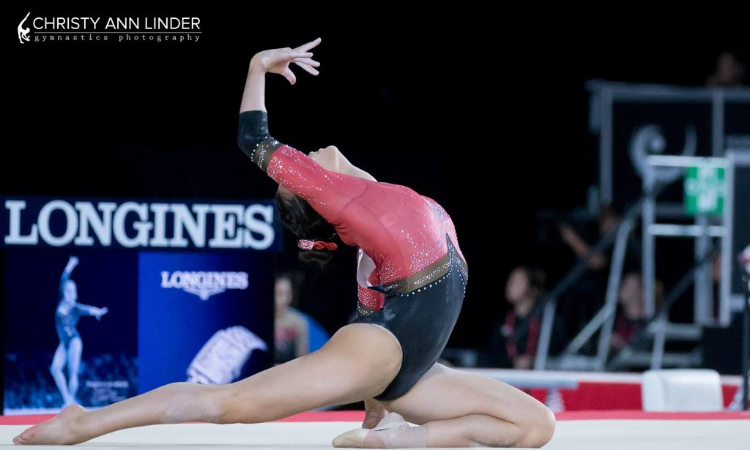 The most anticipated series is back! We looked at the data and videos for each incoming elite freshman on each event to see which gymnasts are at the top of their class across the apparatuses and in the all around. This week we’re looking at the top elite floor workers for 2021. Without as much data to work with as the J.O. rankings, and since many of the difficult routines will be downgraded once the gymnast gets to college, we focused on the factors that tend to contribute to a high score in NCAA: acrobatic form, extension in dance elements, musicality and dancing ability. We also took into account the potential impact the gymnast could make to their school’s floor lineup.

Given her recent leg injuries, Malabuyo’s readiness on floor is open to question. During her elite career, however, she was one of the best floor workers of her generation and, if healthy, we hope she will bring her difficulty, consistency and form to college. It is unlikely that we will ever see her Silivas at UCLA, but she may compete her double layout, which she performed consistently already as a junior. With the graduation of Kyla Ross, Gracie Kramer and Felicia Hano, head coach Chris Waller has a lot of lineup spots to fill and he will hope to be able to count on her next year.

The 2018 European championship finalist has elegant lines and a gorgeous toe point that will score well in the NCAA. Her form on her tumbling passes is equally good. We would like to see her 1.5 twist to double tuck pass next year. Arizona recently graduated its best floor worker, Maddi Leydin, and head coach John Court will expect to find in Castles her perfect replacement.

Adams will bring the perfect balance of elegance and difficulty to Tuscaloosa. Her elite scores were not very high, but she has the potential to become one of Alabama’s best floor workers. We will hope to see her gorgeous 2.5 twist to front tuck in college, as well as her double pike with pointed toes. She will replace Shea Mahoney easily.

In recent years Moors has taken everyone’s heart with her heartfelt, elegant choreography. We hope that she will replicate it at UCLA, and we cannot wait to see how BJ Das will translate her beautiful dance moves into her collegiate routine. Moors’ elite tumbling passes had some form issues, but nothing that a smart NCAA construction can’t cover. We would love to see her perform her Podkopayeva in college.

Folino is a powerful floor worker. As an elite, she performed both a double layout and a full-twisting double back. Her double layout, though slightly piked down on the landing, is the stronger of her two passes, and there is a good chance that she will perform it in college. Given her experience and the potential difficulty of her routine, she could anchor LIU’s first ever floor lineup. 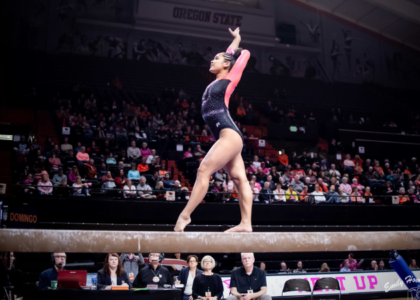