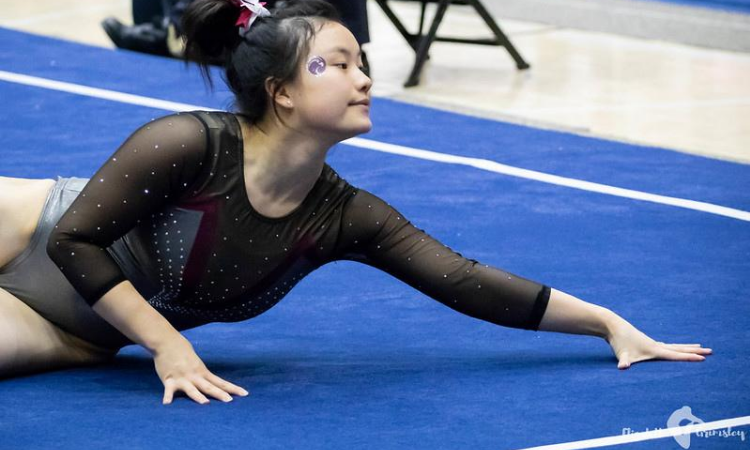 Last summer, after 10 years of coaching for Seattle Pacific University (SPU) and 16 years after joining the SPU Women’s Gymnastic team as a freshman, Sarah Jean Marshall was promoted to head coach, a turning point for her and her family. Believing it was the beginning of her journey to expand herself as a leader and profoundly impact the program, she looked forward to her first year.

The first season brought terrific moments, from winning the late January tri  meet against Sacramento State and Alaska to defeating DI teams Air Force and Illinois State a week later. In March, the first-year Falcons head coach was honored by the Mountain Pacific Sports Federation (MPSF) as Head Coach of the Year.

Then things started to change. COVID-19 forced the NCAA to cancel the remainder of the 2020  season, leaving the team quarantined and planning for next year. However, on June 15 Marshall met with Athletic Director Jackson Stava in a meeting that was supposed to be about reopening the gym facilities. Instead, Marshall learned its women’s gymnastics program had been discontinued, effective immediately.

It was a sudden and disconcerting announcement that would have caught any coach off guard, especially one that had worked as a gymnast and as a coach with the same university for years.

Marshall admits that she still feels a tremendous amount of shock and disbelief.

“Seventeen years ago, I walked onto campus at SPU as a freshman, eager to grow and contribute to this program,” she said. “SPU gymnastics has been a huge part of my life, and it seems impossible that it no longer exists.”

When asked if she has immediate plans to continue with coaching, Marshall says she needs some space to make more significant decisions, given this decision’s magnitude.

Marshall brings up the fact that most people outside of gymnastics may overlook the fact that in collegiate athletics—but mainly gymnastics—coaches have to move their families and begin a journey in an entirely different part of the country if they want, or have, to make a change.

With so much uncertainty thanks to COVID-19, Marshall doesn’t plan on making any moves for the upcoming season.

Unfortunately, the gymnasts didn’t have the same luxury. With nearly seven weeks since the announcement, many gymnasts had to make immediate plans to transfer to another gymnastic program if they wanted to continue in the sport, while others had to mull their future in more philosophical but favorable terms. We talked with team members to see what their futures hold.

As a coach, one of Marshall’s core values is growth. She wants her athletes to strive to get better every day, and while she would never have chosen this situation for her gymnasts or staff, she believes they all have to look for the opportunity. While she realizes they cannot change others’ decisions on their behalf, they can show their character through the difficult times.

“This is a chance to be challenged and grow as people and as leaders,” Marshall said. “My athletes are becoming stronger, more compassionate and understanding individuals. They are expanding relationships, diversifying their connections and experiencing new regions of the country.”

Finally, Marshall reflects on the gymnasts remaining at SPU to complete their education: “They will have new experiences beyond athletics. I truly believe that this will bring beautiful things to each and every one of our lives—we just can’t see the full story yet.”

In her freshman year, Emily Anderson performed in exhibition on beam but had shoulder surgery during her sophomore season. With the last two seasons not going as planned, she hopes to feel the excitement of competing again. Majoring in biology and looking forward to Hamline’s forensics program, Anderson says, “I really wanted to be able to continue my career and finish out strong. I’m looking forward to the new opportunities and experiences living in a completely new place.”

Kayla Chan is a junior majoring in exercise science. She’s excited to see how Bowling Green will challenge her athletically and academically. One thing she’s most grateful for was the opportunity and the faith her coaches had in her. “I am thankful that they believed in me even when I was just a freshman at SPU. With them, I achieved career highs of 9.750 on vault and 9.850 on the floor this past season.”

Simone Dumas-Guzman spent the past season grateful for the opportunity to perform in exhibition on both vault and beam. A sociology and criminology major, she reflects on her season, mentioning she appreciates being allowed never to stop learning. Regarding her decision to transfer to SCSU, the rising sophomore says, “The team was so welcoming and kind before even meeting. They have been so kind and made me feel at home. The level of caring that we are getting through this school is very welcome during this period of instability.”

After a quarter-long tryout during her freshman year, junior Delaney Fields was offered a spot on the roster. Majoring in exercise science, Fields plans to become a physical therapist. She chose SCSU because of the warm and welcoming environment that the team creates saying, “It reminds me of our team atmosphere at SPU. Overall this school will be a great fit for me, and I’m excited for this new journey ahead.”

Freshman Silje Hildebrand is transferring to Alaska to continue her gymnastics career and is looking forward to living in Anchorage and being a part of a big team. Hildebrand says, “I am really excited to compete at the college level. I love all events, but I’m most excited to compete [on] vault in college.”

Shelbi Spivey is majoring in criminal justice and minoring in sociology. Spivey tied for first with a 9.800 on bars this past season and was in bar lineups at every meet last season. She also posted a career high on vault with a 9.700.

Junior Kayli Tran, a visual communications major, is transferring to Boise State. Tran is grateful for the two amazing years at SPU but is ready for the new adventure. “If 2020 has taught us anything so far, it’s that life is unpredictable and that you just have to keep moving forward and make the most of it! That’s the mindset I’m trying to keep through all of this,” she says.

The Delaware-native and incoming freshman, who learned gymnastics at the well-known gymnastics club First State Gymnastics, is now enrolled at Pittsburgh and will be joining the gymnastics team there.

Retiring and Remaining at Seattle Pacific

While she was offered a spot at another program, rising senior Jadacie Durst has decided to stay at SPU. Durst explains, “It was a really hard decision for me to stay at SPU because I was given the opportunity to continue gymnastics at Boise State, but being a senior and unsure about the season even happening, it was too risky for me.” She reflects on her time at SPU, saying her favorite event was floor, where she earned a career-high of a 9.825 this past season at Air Force in February.

Feeling she wasn’t given enough time to process the decision, Emma Lamping did not want to take a spot just because it was “open.” The biochemistry major appreciates her professors and her established study groups, and felt that with transferring she would have issues with credits. She ultimately decided to stay at SPU.

The rising senior is majoring in elementary education with a minor in biology. Because of an earlier hip injury that will likely require surgery, plus with her family being in Seattle, Haven Lanzador has decided to stay at SPU. While she only competed on beam last season, Lanzador was honored to be first in the lineup, which was important to her because it made her feel like the team and coaches trusted her to start the team off strong.

After conversations with her family, Ciello Magsanide decided to retire. A native of Hawaii, she felt it was hard enough packing her life and moving to another state. With the thought of doing the whole process over again, she has decided to stay at SPU and focus on academics. Magsanide observes, “People from Hawaii rarely get chances to go to school and play a sport at the NCAA level, and it just broke my heart that they took that opportunity away from me.“

Because of a severe injury to both of her ankles during her senior season of J.O., Ashtyn Winter did not get a chance to compete for two years. Not competing, coupled with SPU gymnastics’ loss, Winter feels it is time to change her focus. She believes SPU is the best place for her education.

A nursing major, McKenna Zimmerman is staying at SPU because she is in the middle of the nursing program. Reflecting on her time at SPU, Zimmerman said her favorite meet was USAG nationals in her sophomore year because of their success. She remembers having a fun trip to New York, where the team bought matching NY shirts and roamed around the town.

Assistant Coach Ellen Smith worked with the team as the strength coach, which is what she wants to do in the long term. She’s currently working at a private lifting gym as a strength coach. Smith thinks the coaching at SPU has been such a blessing, noting, “SPU was definitely where I was meant to be these last two years. I grew so much as a coach and really found my passion. I wouldn’t change it for the world, and I know that each athlete and coach will leave their mark wherever they go.”

READ THIS NEXT: Seattle Pacific Gymnasts Fight for Discontinued Program 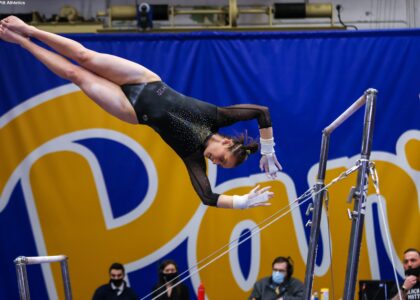 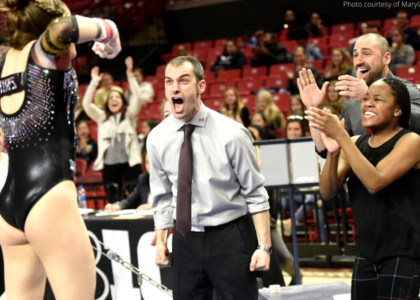 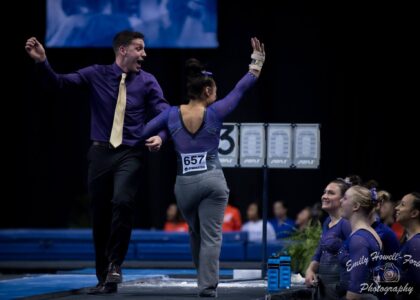