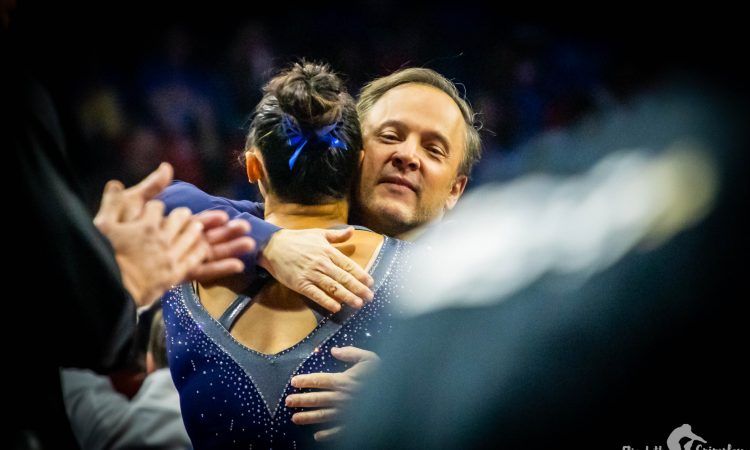 We’re back for another roundtable and this week we’re talking about LIU! Now that head coach Randy Lane has filled out his roster and coaching staff, we thought it would be a great opportunity to revisit our previous predictions and revise them accordingly.

How do you see LIU’s first year playing out? Let us know in the comments or on social media!

What are your thoughts on who Randy hired to fill out his coaching staff?

Elizabeth: On first glance, it’s certainly a star-studded coaching staff, and I’m particularly interested to see just what Hallie Mossett does with the floor choreography. However, I have some reservations about the experience level across the board, except for Randy himself of course. But a good coach is a good coach regardless of experience, so we’ll see how it pans out. I do want to also point out that the diversity of the staff is off the charts.

Emily M: Like Elizabeth, I’m a little wary of such inexperienced staffs, but it’s by no means a deal breaker. We know Randy brings incredible experience, and some young coaches who get thrust into big roles do really incredible things (think Jen Llewellyn).

Mary Emma: To echo what others have said, It’s definitely an inexperienced staff, so it’s hard to know at this point what they will be like. However, that’s not necessarily a bad thing, as we’ve seen countless coaches with little experience do great things right off the bat.

Talitha: As others have said, the staff is rather inexperienced, so I look forward to finding out how they’ll do. I’m curious about Randy, too. He obviously has plenty of experience, but it’s been a long time since he was a head coach. Undoubtedly, though, the whole coaching staff is well known, which could help with recruiting big names in the future.

What do you think of the transfers and freshmen Randy managed to recruit for the first year?

Elizabeth: I don’t think anyone expected Randy to go after under-the-radar internationals so hard, but I love the effort. Six countries represented on this first roster. I do wish we had at least one junior, senior or graduate transfer to provide some more experience and leadership, but the team is still intriguing as is.

Emily M: I agree with everyone that the huge international presence is so exciting. It really allowed Randy to recruit at a high level without having to convince people to change commitments. Having no upperclassmen is a little scary, especially since the sophomore transfers didn’t do a ton of competing themselves. That said, Arkansas started out with a massive freshman class, and it turned out just fine. Much like we said regarding the young coaches, talent will shine no matter.

Jenna: Overall I was very impressed with the quality of the recruiting. I love all the international recruits Randy pulled together on such short notice! I’m particularly excited about Mara Titarsolej as I’ve been dreaming of seeing a Dutch gymnast in NCAA, and I think she could be a fantastic anchor in the bars lineup. Emma Brown was a surprising but brilliant transfer who has the potential to be a star all arounder for the Sharks. Nika Takagi is another name that fans should become familiar with because she has enormous potential as well.

Mary Emma: I’m very excited about the recruits for the first year. With the pandemic and the fact that it was such a quick turnaround with the team starting in 2021, my initial expectations for recruiting were low. But I have to say I am impressed with who he was able to recruit. I definitely didn’t expect there to be so many international gymnasts from so many different countries, particularly two countries we don’t typically see in NCAA (France and The Netherlands).

Talitha: I think that Randy did an impressive job. Echoing what others have said, his ability to recruit at such short notice and with an ongoing pandemic so many high-profile international gymnasts—many of whom may have given up on the NCAA before his call—was remarkable. I’m particularly excited about Mara Titarsolej and Alisson Lapp. Some of the transfers he managed to recruit, especially Emma Brown and Nika Takagi, are equally impressive. Finally, I’m happy that he gave scholarship opportunities to some uncommitted gymnasts who, by the time of the lockdown, thought their chances to join a college team were over.

What would it take for LIU to win an EAGL title?

Elizabeth: I still don’t think the team will win in its first year, but we also know anything can happen in gymnastics. As Jenna says below, the potential is there, and I’ll be watching the gymnasts Randy recruits for future seasons carefully, because they’ll be crucial for continuing to build the team he started with this first roster.

Emily M: I do think it will take a few years for this team to be extremely competitive in the conference, but that says more about the surge of talent we’ve seen across the EAGL the past few years than anything. Given a little college experience, and depending on the future recruits, this could be a seriously strong team in two to three years.

Jenna: I think all the pieces are there for a run at the title, even as early as the first year, but there are a number of injury concerns, particularly among the transfers. With such a freshman-heavy team, it may take time to gain the experience needed to win a conference title, especially if the more experienced transfers aren’t fully healthy.

Mary Emma: I still think it will be difficult to win a conference title in its first year, but with the roster it has, I definitely think it’s a possibility. At the very least, I think LIU will be competitive with the other teams in its conference the first year.

Talitha: The team has plenty of potential, but it will take a few years for it to build the necessary confidence and identity to win the title. In my opinion, LIU currently has two main weaknesses. First, it lacks experience, as all its gymnasts are underclassmen and have never competed together as a team. As we know, a team is much more than a dozen gymnasts competing together and hence it may take some time for things to take shape. Second, the injury situation is unclear. Some incoming gymnasts, including the most promising ones, haven’t competed in a long time and/or have nagging injuries, and it may take a while for them to reach their full collegiate potential.

Based on what we know today, how well do you think LIU will do its first year?

Elizabeth: I think I previously predicted a finish around the 50s in the rankings. After seeing the roster, I might bump it up to the 40s, but I don’t think it’ll be a regionals team yet just given the other great teams that are merely on the cusp of regionals qualification every year. If the Sharks had landed a star upperclassman transfer, for example, I might have been tempted to predict a higher placement.

Emily M: Even knowing the full staff and team, it’s so hard since there are so many question marks in general right now. Will there even be a season? This is especially complicated, as Jenna notes below, with so many internationals. All of that said, I’m already excited about the bar lineup, and I think this squad could make a run into the top half of the country.

Jenna: There are too many questions and unknowns to predict an EAGL title run at this point. How quickly will the international gymnasts adjust to American university life and the NCAA, particularly during a pandemic? Will the key transfers be healthy? How will the freshmen perform with a relative lack of upperclassman leadership? If I have to give an official prediction, I’ll say third in the EAGL and competing in the play-in round of regionals.

Mary Emma: It’s really hard to say at this point. If the recruits pan out and deliver to their potential, I could see LIU contending for regionals its first year. Arkansas finished 41st during its inaugural season, and I’d like to think LIU has the potential to do at least that.

Talitha: It seems premature to make predictions at this point. Not only is LIU a new programme, but the 2021 season may take a different form than normal as a result of the pandemic and gymnasts, especially international ones, may take even longer than usual to adapt to the American lifestyle and university system. Moreover, as I said earlier, we don’t know the current injury situation. The roster tells me that LIU seems to have a lot of potential on beam, as well as a few stars on bars. Vault, as with a lot of rising teams, will likely be its Achilles heel.

Every team has its own personality and traditions. What identity do you see LIU assuming?

Elizabeth: I already thought LIU would be the UCLA of the east coast, and the addition of Hallie Mossett, and to an extent Cale Robinson—who’s besties with the likes of Sam Peszek and Jordyn Wieber—I’m even more confident in that statement. At the very least the floor routines will be fire, and the team will have a lot of fun doing gymnastics.

Emily M: Randy has really set this team up to be a new international hub, which makes sense, being so close to New York City. I’d love to see that tradition continue as he recruits for the future. The Sharks could be a very global, cosmopolitan team. It’s interesting that the location is in such stark contrast to the other huge international hot spot in Iowa State.

Jenna: The team already has a strong UCLA vibe given the strong ties within the coaching staff, the early emphasis on social media presence, its proximity to a major entertainment hub and the international makeup of the team. This isn’t a bad thing, especially for a new team trying to make a name for itself during a global pandemic, but I do hope that the program grows to have its own unique identity as time goes on. I have faith it will, and I can’t wait to see it!

Mary Emma: Like everyone else has said, LIU has a lot of UCLA vibes at the moment, but I predict that it will establish its own identity as well apart from UCLA.

Talitha: I can certainly feel the UCLA vibe too, in terms of coaching staff, social media prominence and international profile. It doesn’t bother me, though, as Jenna said, hopefully in time the Sharks will be able to build their own identity. Paraphrasing Miss Val herself, why would it be a second UCLA when it can be a first LIU? If the Sharks can keep up with UCLA’s bubbly personality, I foresee the rise of a great New York City-Los Angeles rivalry, and I’m all here for it!