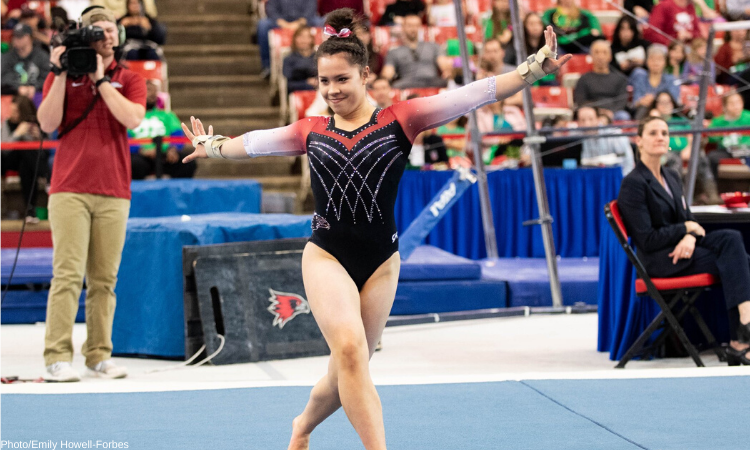 Somewhat unsurprisingly, SEMO had the largest change in overall ranking, going from No. 70 in 2019 up 17 spots to No. 53 in 2020. 2019 was a rough season for the Redhawks due to a major lack of depth, but they had an incredible 2020 season thanks to a strong freshman class. On a similar note, Towson had the fourth highest jump in the rankings, moving up 10 spots to No. 48, also due to having more depth and a strong freshman class.

Other teams with notable jumps in the rankings include Utah State (+13), North Carolina (+12) and Michigan State (+9). All three teams have struggled the last couple of seasons, and they were all strongly in the postseason conversation before the season’s abrupt end.

For many teams, looking at the change in the rankings doesn’t tell the whole story. In these cases, NQS gives a much better picture. This is more noticeable for the NCGA teams, who are often further apart in NQS, so a large change in NQS may not have much of an effect in overall ranking.

As seen in the graph above, generally an increase in NQS leads to an increase in ranking and vice versa. Some notable exceptions include several NCGA teams, for the same reasons mentioned previously.

Unsurprisingly, the teams with the second- through fifth-highest jumps in NQS—Ursinus (+2.265), Cortland (+1.760), UW-La Crosse (+1.745) and UW-Whitewater (+1.600)—are all NCGA teams. As previously mentioned, these teams often do not have significant changes in the rankings despite a large change in NQS. This is most notable for Ursinus, which only moved up one spot in the rankings despite improving its NQS by over two points.

The next thing we looked at was the average difference in ranking and NQS for each conference.

The conference with the most improvement in NQS between 2019 and 2020 was the MIC. This is almost entirely due to SEMO’s large increase in NQS, as the other four teams in the conference actually went down in NQS.

The team with the largest increase in the rankings was Towson, which improved 10 spots under first year head coach Jay Ramirez. Towson has had a rough past couple of seasons, but this is a good indication that the tides may be turning. The team with the largest increase in NQS was Cortland, which improved its NQS by nearly two points under rookie leader Sulekha Modi Zaug.