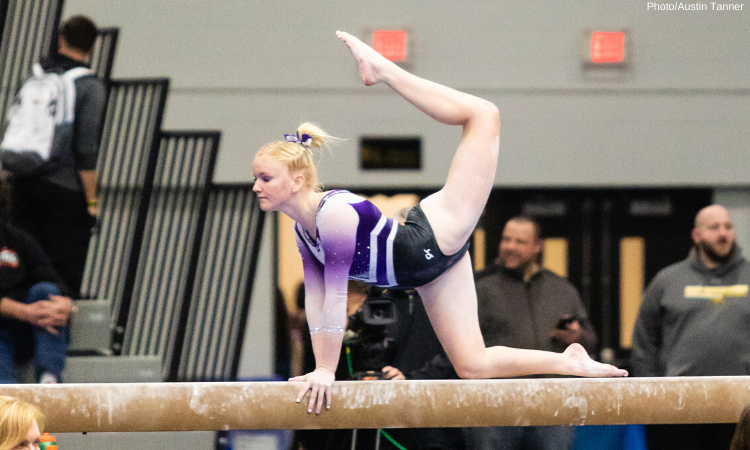 No. 9 Ithaca defeated No. 2 Brockport, UW-La Crosse broke 190.000 for the first time since 2018 and UW-Stout had two top three finishes in its dual meet against DII Lindenwood, so you could say it was a good weekend in DIII gymnastics.

Eck has been extremely consistent for Brockport on this event. The junior always attacks her bar routine with confidence. This past weekend was no different, and she even found the stick on her stellar double layout dismount.

Warhawk senior Jessi Rondeau was a staple in the bars lineup last season but struggled with consistency. This year, she’s shown a lot of improvement, scoring a 9.525 and a 9.450 in her last two outings and capped off her routine with a beautiful stuck double layout during the team’s meet against Hamline and Winona.

From exciting acrobatics (like a gainer back tuck to prone!) to strong tumbling, this is a routine you don’t want to miss!

The Big Storyline: Ithaca finally picked up its first win of the season even with a shaky beam rotation. The Bombers only had one hit beam routine out of their six gymnast lineup but made up for that with extremely successful vault and floor rotations. This was Ursinus’ second meet in three days, and it was able to improve about four tenths on its vault and floor event totals from the Pink Invite two days prior. It was evident that the Bears have even more room for improvement on floor by just adjusting some details, like raising their chests on landings. Brockport seemed to play around with its lineups a little, and we got to see some girls that have not competed in previous meets. This was the first time we saw freshman Nikky Aiello on bars, freshman Lauren Blaire on beam and floor, senior Alyssa Klock on beam, junior Kylie Moran on beam and freshmen Hunter Czajkowski, Emmie White and Rachel Swick on floor. From the looks of it, Coach Feeney decided to rest some of his gymnasts and let the freshmen get more experience out on the competition floor.

The Big Storyline: Although this was an easy win for Whitewater, Winona and Hamline also had strong showings that resulted in both scoring their second highest team scores of the season. All three teams were represented in individual event titles with Hamline’s Tisana Lowe and Whitewater’s Lauren Marshall sharing the vault title for their clean Yurchenko fulls, Whitewater’s Acacia Fossum claimed bars, while Winona’s Kelly Johnston and Shelsea Zehr took the title on beam and floor, respectively. Johnston is always rock solid on beam and was Winona’s sole NCGA qualifier last season where she finished fifth on the event. She’s currently ranked seventh in the division and with a hit set like the one she had this past weekend, she could definitely be a title contender. In addition to her vault performance, Lowe was also a standout on floor, taking second place for her fun and energetic set (see Performer of the Week video above), and finished second in the all around with a strong 37.325.

Implications: Although this wasn’t Whitewater’s strongest meet of the season, it was enough to drop one of the lower scores it was still counting, which moved it up from third to first in the rankings. Neither Winona nor Hamline moved in the rankings. These teams remain fifth and sixth in the WIAC standings and 10th and 11th in the overall standings.

READ THIS NEXT: Technique Point: A Case Study on Taylor Houchin 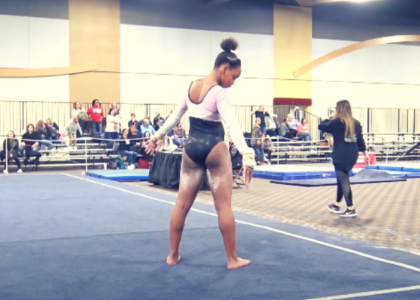 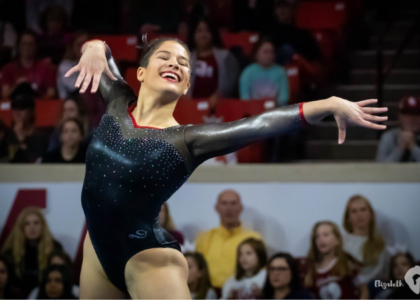