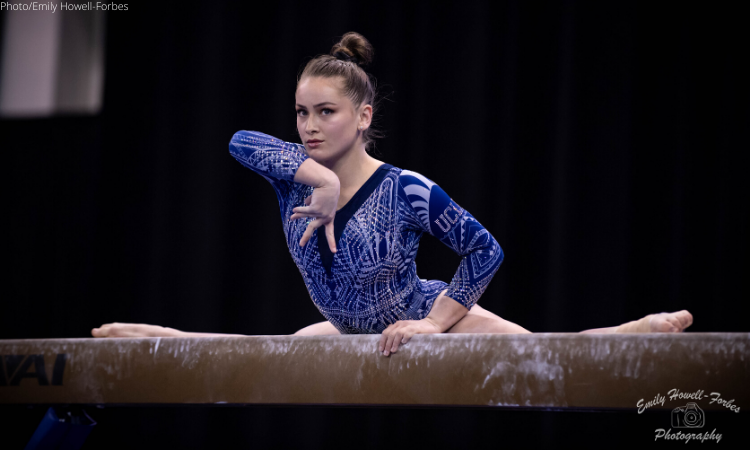 The first weekend left a lot to be desired, and we’re betting a lot of the teams that competed are hoping to forget their first outings in 2020. And now with more teams in action, including a couple of big meets you don’t want to miss, things will heat up fast. Make sure you’re prepared.

Why You Should Cancel Plans For It: Georgia has lost the last three matchups against the Tigers, but it could take advantage of those Finnegan-less LSU lineups to get a big win at home. Of course, Georgia has a big lineup loss of its own in the aftermath of senior Rachel Dickson’s season-ending Achilles injury last week. More than usual in the SEC, this meet could go either team’s way.

What We’re Watching: Neither team had ideal debuts last weekend, but there’s little time to regroup before this big conference meet. How will they both bounce back? Also, will losing Dickson solidify Sabrina Vega’s newfound role as an all arounder? She did well in her first bars routine last week, so we’ll see if she does the same here.

What Else You Should Know Before Tuning In: Georgia junior Marissa Oakley competed only on beam in the season opener, but is expected to add bars back this week.

Alabama at No. 16 Auburn

Why You Should Cancel Plans For It: We don’t usually get the “Iron Bowl of gymnastics” this early, but we’re definitely not complaining. Since 2007, Auburn has defeated Alabama just once. However, it’s an Auburn home meet, and the Tigers do have the motivation of winning the football Iron Bowl behind them.

What We’re Watching: Auburn’s Derrian Gobourne had an unusual fall on bars last week, and her fellow all arounder Drew Watson competed only on vault and beam. These two stars need to be on their A-game to compete with Alabama.

What Else You Should Know Before Tuning In: Alabama has two January enrollees we could see compete right off the bat in Ella Burgess and Luisa Blanco. One gymnast we won’t see is Emma DeSantis; the Tide freshman was removed from the roster last week.

Minnesota at No. 2 Denver

When You Need to Tell Your Friends You’re Busy: Sunday, January 12 at 4 p.m. ET

Why You Should Cancel Plans For It: Denver and Minnesota are each coming off of historic seasons with nearly their entire 2019 rosters intact; both are poised for record-breaking 2020 campaigns. It’s fitting that they’re facing off early in the year. Lexy Ramler, Lynnzee Brown and Maddie Karr are three of the top all arounders in the country, and they will do battle for the crown here.

What We’re Watching: Keep an eye on beam! Alexis Vasquez turned in the first—and so far only—10.0 of the season last week; she’ll go up against Ramler and Ivy Lu there. Vault will be another close one, with Ramler, Ona Loper, Brown and Karr all capable of stunning Yurchenko one and a halfs.

What Else You Should Know Before Tuning In: This is the first regular season meeting between Denver and Minnesota since 2017. Maddie Quarles, who transferred from Denver to Minnesota this season, is likely for the Gophers’ vault lineup in what will be her first competition routine.

Lindenwood and Temple at No. 6 Illinois

Why You Should See the Error of Your Ways: Illinois put up a stunner at Missouri last week, beating the Tigers and starting the year with a big 195.850. The Illini were led by its cast of exciting freshmen, and will be undoubtedly excited for this home opener. Lindenwood had an early season quad at Illinois in 2019 as well and secured a good start to its season. We’re also getting a look at a Temple team in the midst of reinventing itself.

Need More Proof? This meet will be a real battle on the beam, featuring Emily Milliet’s gorgeous set for Lindenwood, and Rachel Borden who joined Illinois mid-season last year with a bang.

No. 18 New Hampshire at Pittsburgh

Why You Should See the Error of Your Ways: This should be a close meet. Reigning EAGL champion New Hampshire got off to a solid start last week at Illinois State and will be looking to build on that as the Wildcats travel to face their first conference rival. Pitt is coming off a disappointing 2019 season but has looked great in preseason and will want to start strong in 2020.

Need More Proof? New Hampshire is known to bring the difficulty on floor, putting up a lineup of several E passes. In particular, watch for junior Lauren Diggan and freshman Robyn Kelley who both compete full-ins. Also watch for freshman Kylie Gorgenyi who is stellar on bars. For Pitt, watch for senior transfer Michaela Burton, who is fantastic on bars, beam and floor, as well as sophomore Katie Chamberlain, who is expected to debut in the all around after missing most of 2019 with injury.

Iowa State, Rutgers and No. 11 Western Michigan at No. 13 Arizona

Why You Should See the Error of Your Ways: Western Michigan started the season with a bang last week, scoring a 195.275 and showing everyone that it, and freshman Payton Murphy, should not be underestimated. Neither should Arizona, who was about two missed routines away from an upset of LSU in the first week. Iowa State will be kicking off its season, as will Rutgers, and highly anticipated newcomers Andrea and Alondra Maldonado from Puerto Rico are set to compete. Expect a close meet.

Need More Proof? The elder Maldonado sister, Andrea, became the first female gymnast to compete a front triple full on floor last year at a FIG World Cup event to get the skill named after her in the elite code of points, so obviously watch for her on floor. Also watch for Murphy on beam, Christina Berg (Arizona) on bars and Belle Huang (Rutgers) on beam and floor.

Why You Should Clear Space on Your DVR: Although it likely won’t be super competitive, Arizona State looked good and relatively consistent last week to finish second in the first session of the California Grand Invitational without its best gymnast—junior Cairo Leonard-Baker—who sat out for precautionary measures. If she can get back into a few lineups, the Sun Devils are primed to build on that performance. Oklahoma won the second session of the same invitational while posting the top score in the country, largely thanks to senior Maggie Nichols’ big 39.625 all around performance.

What to Look for If You Missed It: In addition to Nichols, highly anticipated freshman Ragan Smith had an impressive collegiate debut for the Sooners, so look for her to continue her strong start to NCAA competition on bars, beam and floor. Senior Jessica Ginn will be one to watch for Arizona State after having a breakout performance last week, tying her career high on floor in the first meet of 2020.

Best of Utah with No. 4 Utah, No. 7 BYU, Southern Utah and Utah State

Why You Should Clear Space on Your DVR: Who doesn’t love an intrastate battle? Especially one with two teams ranked in the top 10. Southern Utah and Utah State are both making their season debuts, while Utah and BYU both exceeded the expectations of many in week one. The Utes, who lost a majority of their routines from a season ago, were able to fill those lineup spots with new and competitive routines and the Cougars were able to post the seventh highest score of opening weekend without Shannon Evans, their best gymnast.

What to Look for If You Missed It: In the absence of Evans, Abby Stainton emerged as a solid all arounder for BYU, and Kim Tessen was the star for Utah by posting scores of 9.9 or higher on all three of her events last week. Southern Utah’s beam rotations should be stellar this year, with the trio of Karley McClain, Shylen Murakami and Hannah Nipp all returning routines with NQSs above 9.8. Autumn DeHarde established herself as a reliable beam and floor competitor for the Aggies over the past two seasons and should again lead those events. Freshmen Sofi Sullivan could have quite the impact on Utah State’s lineups as well.

Boise State at No. 3 UCLA

Why You Should Clear Space on Your DVR: Boise State lost a lot of key routines from last season, so who gets the nods to fill those holes will be an interesting story to watch for the Broncos in their season opener. UCLA looked good in its first meet, finishing second in its session of the California Grand, but had an off beam rotation where the Bruins had to count a fall as well as another sub-9.7 score.

What to Look for If You Missed It: Obviously watch for UCLA’s Kyla Ross, who scored an unreal 39.725 in the all around last weekend, but also for transfer Samantha Sakti after she scored a career high 9.950 on beam in her Bruin debut. New Zealand elite Courtney McGregor should be the leader for Boise State in the all around, but also watch for freshman Adriana Popp to potentially join her on all four events.