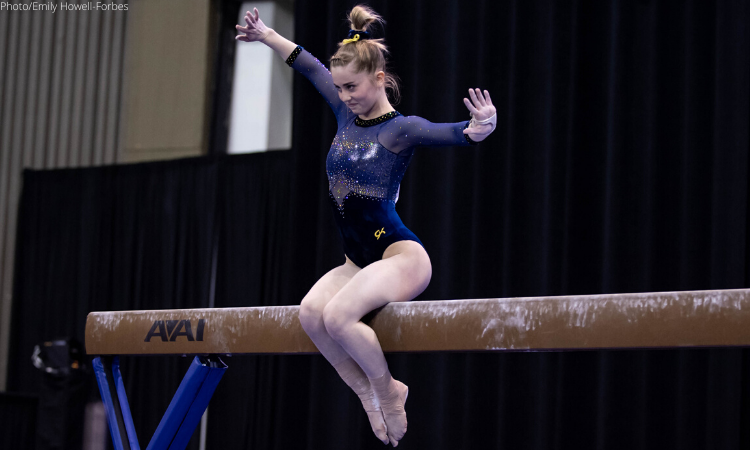 This week, three editors sat down to discuss lineup strategies: How do they figure out what to do with the team they got? What all do they take into account when setting lineups? What are they watching for during the week to help decide?

Once you have your team, what all do you do to research the gymnasts you got and prepare for setting lineups?

Elizabeth: I’ll always look up my gymnasts’ previous season averages, NQS and highs, as well as research the events they may be training and then give them a consistency rating that I make up. For the freshmen or those that were hurt in 2019, I’ll look back at what events they’ve been featured on in preseason intrasquads.

Jenna: Early in the season, I typically use the gymnast’s high score from the previous season (for returners) on each event to determine lineup placement and use freshmen to fill in any holes.

Katherine: Three words: Road. To. Nationals. A godsend for seeing previous scores, NQS and any other details on lineup presence in previous years. Obviously, this is only based on past performance, so I also use resources like the College Gym News injury page and potential lineup updates (😉) to make sure everyone is good to go.

What non-data factors do you take into account when setting lineups?

Jenna: I’ll agree with Elizabeth on this one: If a gymnast is competing at an SEC or Pac-12 venue, she’s probably going to land in my lineup over someone who’s competing at a Big 10 or EAGL venue, all else being equal.

Katherine: I think it’s worth looking where a gymnast has been performing in the lineup; if she’s in the bottom half, that could work in her favor to give her a better score. Also, for the non-vault events, does she have an E-skill or something else impressive in her routine that could wow the judges? That could also bump up a score.

Say you have nine viable people for an event. How would you decide on one gymnast versus another?

Elizabeth: Again, I’ll compare where they’re competing, but I’ll also look at the gymnasts’ teams. If the two I’m struggling to choose between are of similar scoring capability but one is on a Big Ten or “smaller conference” team and another is at an SEC school, I’ll probably go with the SEC gymnast in the lineup.

Jenna: The tiebreaker for me is often consistency in lineups. I’d rather put up someone who competes every week but gets an occasional low score over someone who consistently gets high scores but only competes half the time. In short, I’d rather risk counting a 9.6 than a 0.

Katherine: Sadly, conference and meet location says a lot about scoring potential, so I have to agree with Elizabeth. Gymnasts in the “big four” conferences are likely to score higher than their peers, and certain teams among those four score the highest. If a gymnast is on one of those teams, she’s a good bet to score well with a hit.

During the week, what do you watch for to help decide on future lineups or be more successful in future weeks?

Elizabeth: Scores don’t often tell the whole story. If I can find video of the routines to see for myself if a lower score was a fluke, a victim of tight scoring or actually realistic, I can better judge what to do with that routine for the next week’s lineup submission. I also watch to see if people warm up events or perform in exhibition, which might indicate they might make an appearance in the top six in the coming weeks.

Jenna: First, I look for gymnasts who have good form and clean lines, because these are the gymnasts that tend to have relatively high scores even when they falter. Second, I keep an eye on my backup gymnasts to make sure they’re still making lineups and getting relatively good scores. Injuries and bye weeks are inevitable, so it’s always good to have a backup plan!

Katherine: I also like to get video of routines if I can. But ultimately, scores are scores, and if a gymnast has gone 9.8-plus the past few weeks and I don’t have better options, then she’s going in the lineup—even if she’s competing somewhere scores don’t usually trend higher.