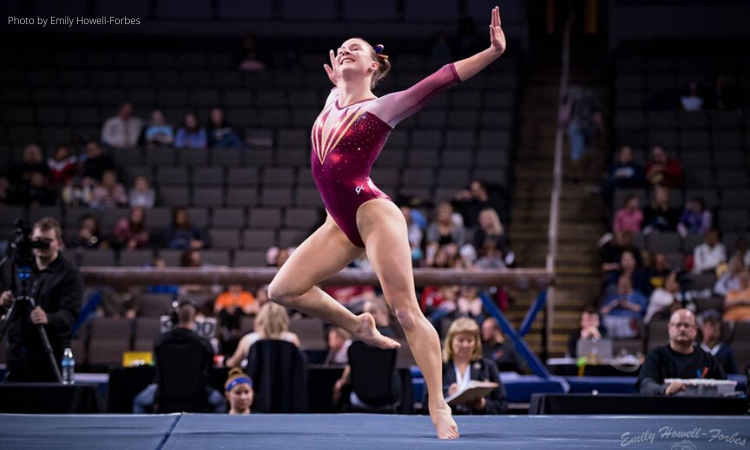 The Gophers hosted their fourth and final intrasquad in Mautri Pavilion on Saturday night, giving fans a first look at the team following the successful 2019 campaign. The team posted a final score of 194.675, a solid showing despite tight scoring and minor mistakes.

“There’s a lot of things we learned, and we talked about the importance of taking away what we learned and using that to help us going forward,” head coach Jenny Hansen said. “I think [the team] is going to be pretty fired up during this next week of training so we can be even better.”

Possibly most exciting was the unofficial debuts of freshman Halle Remlinger and redshirt freshman and Denver transfer Maddie Quarles. Remlinger competed in the all around, showing strong routines on every apparatus despite a fall on beam. She truly excelled on floor, where she boasted some of the most difficult tumbling of the night. “I expect Halle to be in the lineup for us all the way through the season,” Hansen said.

A Minnesota native, Quarles was excited to have her friends and family in attendance for her return to the competition floor. “It’s been a long time since I competed; I’m so excited to be back and have my family close and everything.” When asked how the transition has been from Denver to Minnesota, she had nothing but positive things to say. “This team is amazing. I know Abbie Nylin—we trained at [Twin City Twisters] together—so she helped guide me through. And [Associate Head Coach] Rich [Stenger] was my coach at TCT so I know him too, really well. So it felt like I was part of the family right away. It was crazy. It was amazing.”

Junior Lexy Ramler was solid as always and took the all around title with a score of 39.350, her top score coming in on bars for 9.875. When asked about how Ramler’s success at NCAA championships has impacted the team, Hansen said, “They look to her in so many ways. What you see is what you get; she does it every day. They look to that and not only see what she does competitively, but then they see it in the gym they’re like OK, I’ve got my role model right here.”

The Gophers officially kick off their season next Saturday in Denver, and Hansen has high expectations for her squad coming off a successful 2019 season. “We had a great year. We probably exceeded a lot of expectations. We even surprised ourselves,” she said. “We realized we don’t want to just go top 16, we want championships, so that really pushed us and that’s where we want to be this year. No question.”