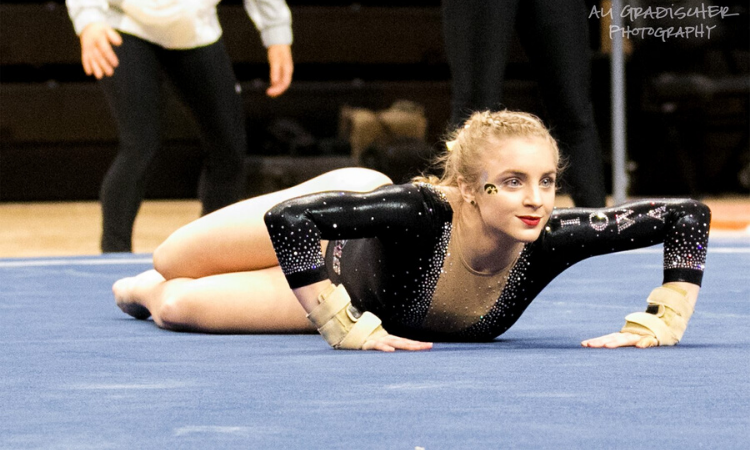 After eight long college gymnastics-less months, we are officially back in action! While it’s not a full slate of competition, there are still some stellar matchups that you don’t want to miss.

When You Need to Tell Your Friends You’re Busy: Saturday, January 4 at 4 p.m. ET (FloGymnastics)

Why You Should Cancel Plans For It: We’ve got the Pac-12, SEC, Big 12 and Big Ten represented here; this kind of diverse match-up doesn’t come along very often. With Denver coming off another historic season and Auburn poised for something of a renaissance over the next few years, this could be a real battle of up-and-comers. Throw in Arizona State in the midst of a several-year rankings push and a Penn State settling into its new identity, and this is a real stunner of a meet.

What We’re Watching: We’re going to get a look at some freshmen who could be defining for their respective teams: AK Subject (DU), Cassie Stevens (Aub.), Hannah Scharf (ASU) and Amy Bladon (PSU). Plus, we’ll see Dymiana Cox (PSU) compete for the first time after missing her freshman season with injury.

What Else You Should Know Before Tuning In: Cal Grand is one of those standby invites we look forward to every year. Last year, this is where Katelyn Ohashi’s floor routine went viral. It will have video coverage for the first time this year, via FloGymnastics.

When You Need to Tell Your Friends You’re Busy: Saturday, January 4 at 9:30 p.m. ET (FloGymnastics)

Why You Should Cancel Plans For It: In the second session of the California Grand meet, you’ll be treated to the debut of three top 10 teams from the preseason coaches poll, including No. 1 and defending national champion Oklahoma. The Sooners are squaring off against a trio of Pac-12 teams, with the Bruins a real threat to take home the NCAA title in April.

What We’re Watching: Superstar seniors Maggie Nichols (OU) and Kyla Ross (UCLA) will be competing in their last first meets and are a threat to score a 10.0 on any event at any time. Milan Clausi (Cal), reigning Pac-12 freshman of the year, will be looking to start off her sophomore season strong while Stanford freshman Chloe Widner will be starting her campaign to win that award this year. We’ll also get a chance to see one of the more anticipated freshmen start her collegiate career in Oklahoma’s Ragan Smith.

What Else You Should Know Before Tuning In: This will be the first meet for Chris Waller as head coach of UCLA after longtime coach Valorie Kondos Field retired after last season.

Critique Classic with No. 8 Georgia, No. 11 Oregon State, No. 29 Iowa and Bridgeport

When the Meet’s Happening: Friday, January 3 at 7 p.m. ET

Why You Should See the Error of Your Ways: This may look like a super weird meet, but it’s quite fascinating. Keep in mind that Oregon State is coming off of an upset nationals appearance, Georgia has a big cast of freshmen, JerQuavia Henderson will make her debut for Iowa and Bridgeport can never be counted out.

Need More Proof? We may get to see Sabrina Vega (UGA) debut in the all around here. Keep an eye on Henderson (Iowa) and Maya Reimers (UB) for standout floor sets, the latter of which has been training a two E-pass routine. We’re also going to get our first look at a remade vault lineup for the Beavers, which could make or break their season.

Why You Should Clear Space on Your DVR: Though Kentucky is depleted after losing a big 2019 class, it still has the means to compete with Utah with the help of its marquee all around star, Mollie Korth. Utah is still looking for who will fill that role in a post-Skinner world; this meet will be critical for the Utes as they look to set the tone for a “reset” season.

What to Look for If you Missed It: It’s the official debut of former elite star/current Utah freshman Maile O’Keefe, so go back and watch for her first collegiate routines. Also look to see how Kentucky freshman Raena Worley pans out, particularly with her huge vault and floor routines, both of which could score well in a Pac-12 environment.

Why You Should Clear Space on Your DVR: The season opener for any top five team shouldn’t be missed, especially if that team also finished as the runner-up at NCAAs last season. LSU lost a lot of key routines from 2019 but is bringing in freshmen who should be able to fill those spots immediately. Although Arizona likely won’t upset the Tigers, the Wildcats should be a team on the rise this season, and this meet will give us our first look at what they have to offer.

What to Look for If you Missed It: Kennedi Edney is an obvious choice to watch for LSU, but another point of interest for the Tigers will be how much (or how little?) freshmen Kiya Johnson and Kai Rivers contribute. Freshmen will be important for Arizona too, so keep an eye out for Malia Hargrove and Danielle Nosek and their potential Yurchenko one and a halfs on vault.

Don’t worry! We haven’t forgotten about Fantasy Gymnastics players. Check out our weekly feature, Fantasy Central, for the latest injury news, find out which teams are on a bye, advice on who to trade for and more.