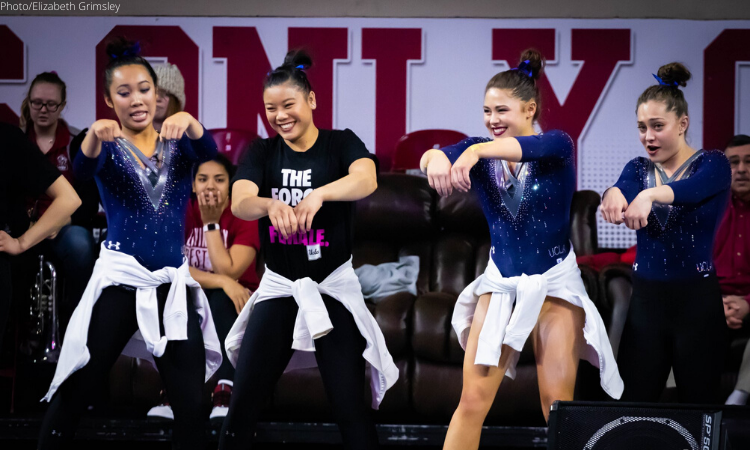 Is anyone else tired of the attempts gymnastics meets make at keeping the crowd entertained between rotations? There’s only so much Cheeto throwing, Flex Cam and small children dabbing we can take (our personal limit is negative three if you’re asking), so why don’t more teams put those fancy media teams they have to work during the preseason to make funny videos for the fans to watch during down times? We have a few suggestions for what we’d like to see. (And don’t even get us started on the various “stick” announcements; no, sir, that was not in fact another “Stick Huskies” or “Illini Stuck Landing,” it was actually a landing with a slid foot.)

Seth Meyers’ “What Does Karen Know” With Coaches and Gymnasts

If you watch late night television or are a big fan of YouTube, you’ve probably seen the Seth Meyers’ segment where he asks millennial writer Karen Chee about whether she can recognize various items and pop culture references from the past.

We’d love to see this recreated with gymnasts and their coaches. Can you imagine Kennedi Edney asking D-D Breaux what “Netflix and Chill” or “flossing” are?

Male Coaches Do Their Gymnasts’ Choreography

Do we really need to explain why this would be quality entertainment? Scotty Bauman, Jay Clark, Dom Palange and Robert Ladanyi doing their gymnasts’ choreography? We already know some of them have moves (we’re looking at your worm from Instagram Stories, Robert). It would immediately make the team our No. 1 fave, no contest. That’s one way to get more fans.

Gymnasts’ Significant Others Do Their Choreography

Similarly, we want to see gymnasts’ SO’s do some of their most elaborate choreography. Please picture Kyla Ross’ football-playing boyfriend doing this part of her floor routine, or Natalie Wojcik’s doing this.

We’ve seen a few teams riff on this in preseason “get to know the freshmen” social media videos over the years, but we’d love to see it brought to the arena jumbotron. It would be a great way to get to know the team members while also giving us a good laugh during a 2-minute touch, especially if gymnasts were paired up with coaches. Let’s all picture Jenny Hansen or Tom Farden guessing Lexy Ramler or Cristal Isa’s favorite food and song. Pure gold.

Battle of the Retirees

Gymnastics has some very famous retired head coaches, and rivalry meets are real. Let’s get Suzanne and Sarah on the jumbotron during Georgia vs. Alabama this year, right? We don’t even care what they do, as long as they remind us why the rivalry is so vital.

Gymnasts Try Weird A Elements in the Code

If you did gymnastics competitively, you probably used free time at the gym to flip through the code and try out wild and crazy elements you’d never actually compete in a million years. You probably also discovered some of those A elements are deceptively difficult. Add on gymnasts’ abilities to fail hilariously, and this would be a great way to pass a rotation break. We picked some wacky A’s below. Can you believe a one-armed beam planche mount is an A?! 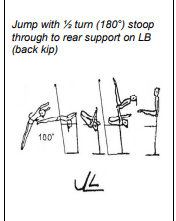 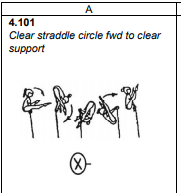 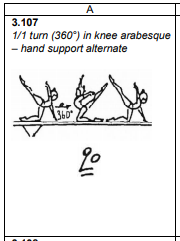 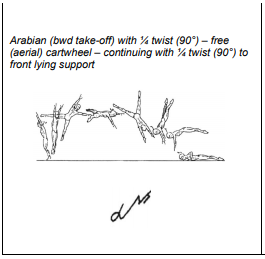 America’s kitschiest game show, The Feud has been on the air for over forty years. If it’s good enough for the Hamms, the Dominiques and Shannon Miller, surely it’s good enough for NCAA! Just imagine UCLA versus Utah fighting to answer survey prompts like “What is the ugliest skill in the NCAA COP,” ”Name your favorite Stick Object” or “What exactly is Carol drinking?” All manner of hilarity would ensue. Plus, audience participation is mandatory. Who wouldn’t want to hear thousands of Gym Nasties yelling, “CHICKEN DUMP!” in perfect unison?

Suzanne Yoculan Leeburn had a brief commentary stint after she retired. (She interviewed Sarah Patterson after Patterson’s Crimson Tide won the 2012 title. You want to watch it.) Can you imagine them commentating together?! At SECs, please. Same goes for Greg Marsden and Valorie Kondos Field. We love the age-old rivalries here, and we think stoking them with these commentating mis-matches would be great fun for everyone.

Imagine someone like Amelia Hundley looking at flashcards depicting her bars set—just look at those squiggles!—and telling us which image depicts which skill. She’d giggle, we’d giggle, it would be good fun. (Hint: that’s Pak, Maloney and double layout.)