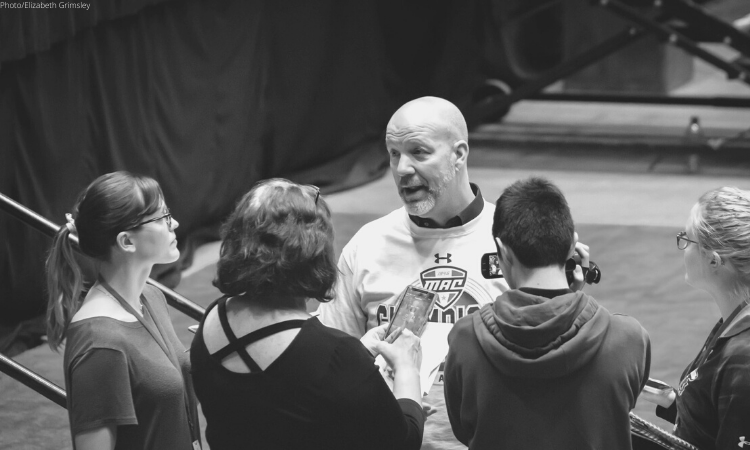 We’re a gymnastics blog. We, pretty much always, stick to gymnastics. That’s because we’re a group of unpaid folks who are in school or have other full-time jobs. It’s hard enough to get out all of the gymnastics content we want to in a week, let alone commenting on anything else.

Every once in awhile, though, something only partially gymnastics-related happens, and we feel the need to say something. This is one of those times.

Here’s a primer, if you’re not familiar with what happened at Deadspin. There has already been a lot said online about the sense of unionism in what the editors did, as well as the epidemic of venture capitalism in journalism. To me, it was more personal than that, both because I was a reader and because I am a person who writes about sports online.

For years, Deadspin was one of my go-to sites, especially when something ridiculous was happening. When the Karl-Anthony Townes and Joel Embiid fight broke out this week (those are basketball players for all you gym fans that don’t know), my first thought was, “I can’t wait to see what Chris Thompson has to say about this!” Of course, it was too late. The fight happened after most of the editors left.

Deadspin was a sports blog to emulate. Unlike its louder, meaner, bro-ier cousins (you know who I mean, their names both begin with “B”), Deadspin was a place to go for funny sports coverage that punched up where other sports blogs—not to mention major national outlets—often punched down.

You could reliably go to the site for honest coverage of abuses in the sports world and beyond, while also reading about everything from the Williams-Sonoma catalog to media criticism, society and even actually enjoying the sports we love. It never shied away from the intersection of sports and politics, unto the end. It’s worth noting, too, that some of the best writing on the internet lived there.

One of the gymternet’s own, Dvora Meyers, covered gymnastics for the site. She says Deadspin was a place that gave her total journalistic freedom to cover the sport the way she wanted to. It was something echoed by a lot of the editors on Twitter.

In watching the Deadspin writers exit their jobs, one-by-one, on Twitter this week, I was struck by their bravery. I cover gymnastics for free because I enjoy it; getting to do it for a job would be a dream. Walking away from that job would be heartbreaking and terrifying.

So hats off to the former Deadspin masthead. Those of us trying to write about sports on the internet in an honest, compassionate and hopefully funny way had a great example in you. I hope College Gym News, in its little corner of the world, can bring its readers as much joy and sincerity and laughter as you did to yours.

We live in a strange ephemeral world online, where good things disappear suddenly and totally, leaving nothing but a 404 error and maybe an Internet Archive page. Something as good as Deadspin doesn’t go off into the darkness of night without having inspired us, though.

In his farewell from the site, Drew Magary says that Deadspin’s community of readers will keep its joy alive. We’re going to do our best to do just that.

Like what you see? Consider contributing to support our efforts throughout the year!