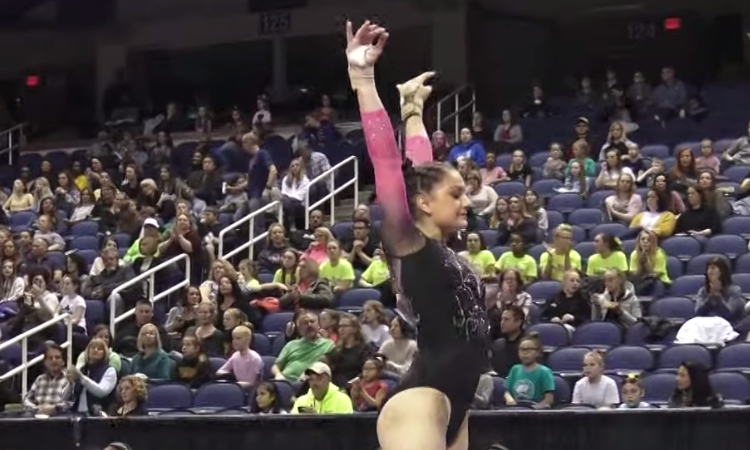 The most anticipated series is back! We looked at the data for each incoming J.O. freshmen on each event to see which gymnasts are at the top of their class on each event and in the all around. This week we’re looking at the top 10 vaults for 2020.

Zivat performs a unique Tsuk full with minimal form deductions. A 10.0 SV in NCAA, Michigan State will appreciate having her as an asset.

She may just vault a Yurchenko full, but it’s a good one. It’s clean, powerful and she flairs as she lands. She also scored a 10.0 on vault this past J.O. season.

It’s no secret Brooks, one of the top scorers overall, would appear on this list. She boasts a powerful and dynamic Yurchenko one and a half that is sure to make an impact with the Wolverines.

Hawthorne’s double-twisting Yurchenko is clean and dynamic. The Georgia freshman even scored a 10.0 on vault this past J.O. season (note that this vault starts from a 10.1 in the J.O. code).

Thompson’s Yurchenko one and a half has the makings of a great vault that the Tar Heels will welcome in their lineup.

The second Michigan freshman on this list, Wilson, like her classmate, also boasts a clean and powerful Yurchenko one and a half.

It may not be the most dynamic of the bunch, but Stevens’ powerful Yurchenko one and a half is one to watch in 2020.

Henderson’s Yurchenko one and a half is clean, dynamic and powerful. She’s scored as high as 9.925 in J.O. and has the workings of a great NCAA vault.

Doggette boasts a powerful, clean Yurchenko one and a half that should translate well to the college scene.

Our top vaulter performs just a Yurchenko full, but it’s a good one. It’s sure to be a standout in college.