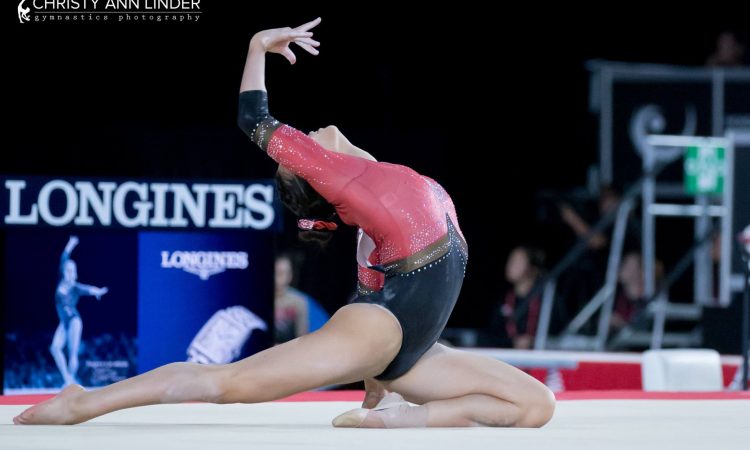 The 2019 Pan American Games took place in Lima, Peru, and featured past, present and future NCAA gymnasts from across North and South America.

The U.S. commanded the team competition, finishing 11 points ahead of Canada. The U.S. team’s lowest score of the meet was a 13.100 on beam (the day’s fourth highest score on that event). Riley McCusker (Florida ‘21)  and Kara Eaker (Utah ‘22) lead the way and qualified first and second, respectively, to the all around finals, though neither could replicate their performances from the team competition.

During the bars rotation, McCusker unexpectedly fell on her Ricna, thus breaking her difficult three-release connection, but recovered with strong performances on beam and floor to finish second overall. She later turned in a brilliant routine during the bars final to win gold over teammate Leanne Wong (uncommitted ‘22) and Canadian phenom Ellie Black. She also finished third in the beam finals despite sitting her dismount. Eaker missed the all around podium by less than a point after having to absorb falls on both beam and floor. She rebounded with a fury during event finals, turning in an incredible performance on beam that earned a 15.266 (nearly two points ahead of second place finisher Black) and a surprise silver medal on floor. Aleah Finnegan (LSU ‘22) qualified in fourth to the vault finals but had to withdraw due to injury.

Though ultimately finishing second behind the United States, team Canada lead the first subdivision handily despite a difficult beam rotation. Black’s performance for the duration of the games was consistently impressive, earning her a total of five medals including the coveted all around gold (she is the first gymnast to win back to back Pan American Games all around titles). Teammate Victoria Woo also qualified to the all around final where she finished eighth. Alabama rising sophomore Shallon Olsen qualified to the vault final, placing third behind winner Black and Cuba’s Yesenia Ferrera. Brooklyn Moors (UCLA ‘21) qualified on both bars and floor, winning the latter event with an exquisite performance that highlighted her powerful tumbling and compelling artistry.

The Jamaican contingent included UCLA alumna Danusia Francis, Kiara Richmon and recent California graduate Toni-Ann Williams. Notably, Williams was competing less than six months after surgery to repair a ruptured Achilles tendon. She hit both of her routines, including earning an 8.1 E score on bars. Francis qualified to the all around and beam finals (becoming the first Jamaican gymnast to qualify to a final), placing seventh in both events.

Peru was truly the Cinderella story of the team competition. Feeding off exuberant support from their home crowd, the Peruvians turned in a stellar effort that earned an unexpected fifth place in the team rankings. Rising Iowa State junior Ariana Orrego was the final competitor, punctuating the team’s performance with a stuck one and a half beam dismount. Orrego qualified for beam finals as well as the all around. Boise State alumna Sandra Collantes also qualified for all around finals.