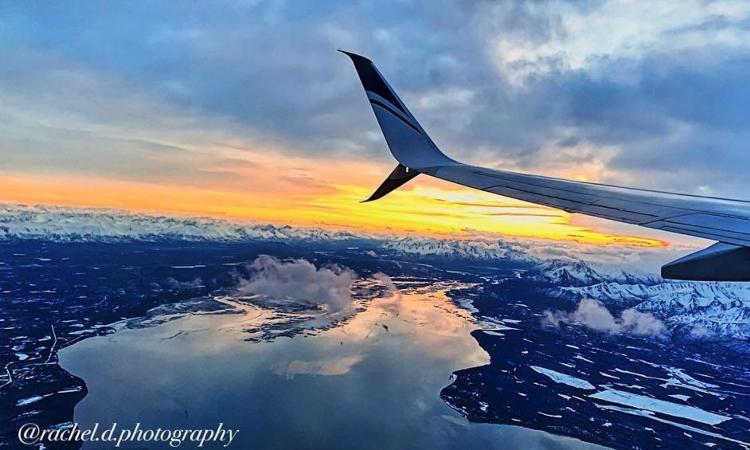 In her freshman year, UCLA’s Margzetta Frazier not only led off the Bruins’ uneven bars lineup but also kicked off their season with her fabulous rendition of the Star-Spangled Banner at Meet the Bruins. Florida’s freshman phenom Trinity Thomas famously competed diving and track and field in high school while simultaneously being a member of the U.S. Senior National Team in gymnastics. Thomas’ Florida teammate Amelia Hundley is known for her rock solid execution, but she’s also a tap dancing superhero in her spare time.

Even with training restrictions in place, it’s hard to imagine that collegiate gymnasts have loads of spare time to devote to non-gym or academic pursuits. However, Frazier, Thomas and Hundley are not the only current NCAA gymnasts whose talents extend beyond gymnastics.

Rising junior Mekyllah Williams is one of the Tar Heels’ top bar workers, competing the event at every meet in 2019. She’s also a talented pianist who has been playing nearly as long as she’s been a gymnast. According to Williams, “My mom was really adamant about me learning to play an instrument. I think she chose the piano because I have really long fingers that have proven useful for piano and uneven bars!”

Though she stopped formal lessons at 16, Williams still plays when she gets the chance. “I don’t have my piano with me at school, but when I’m home on breaks I love to fool around and see what I can still play.” Among her favorite pieces to perform is a challenging waltz by Frédéric Chopin that took months for her to master at full speed.

While Williams’ piano playing hasn’t physically affected her gymnastics, she has seen it seep into her mental game. “In piano you have to think kind of far ahead when you’re playing rather than thinking of each individual note, accent mark… But in gymnastics it’s more important to think of each skill individually and not get ahead of yourself. Pretty often I find myself having to slow my brain down when I’m in the middle of a routine.”

Williams says that while she finds both disciplines nerve-wracking to do in public, it is easier for her to eventually find her groove during a bar routine. “When I’m nervous, my hands get clammy, but in gymnastics I can use chalk to stop it. On the piano I feel like my fingers are going to slide all over the keys making it way scarier.”

In addition to her athletic and musical accomplishments, Williams also excels academically and was named to the 2019 All-EAGL Scholastic Team.

Incoming Aggie freshman Logan Clagg has an impressive gymnastics résumé, having qualified to J.O. nationals three times since reaching level 10 in 2013. In addition to her gymnastics accomplishments, she’s also found success on the golf course.

Clagg’s father is an avid golfer, so she grew up watching the game. She describes herself as “swinging a club from a very young age,” and enjoyed it enough that she eventually bought her own set of clubs from eBay without asking her parents. Upon entering high school, Clagg needed to satisfy a PE requirement and decided to officially give golfing a shot (on top of the added bonus of it not interfering with her gymnastics training and competition schedule).

Though she doesn’t think gymnastics has affected her golf swing (or vice versa), it did impact how much she was able to practice. “I just wasn’t able to do a lot for golf because it wasn’t my main sport,” Clagg said. “Plus I was limited to less days [practicing] than everyone else because I was trying to commit to a college for gym.” Limitations aside, she still managed to letter in golf all four years of high school and won two league championships as a member of the Central Valley Christian team.

Clagg is currently taking a break from golfing but thinks she’ll have ample opportunity to hit the links at UC Davis. “My head coach [John Lavallee] actually loves golf and teaches beginners’ golf lessons, so I will probably find myself swinging a club in college!”

In her freshman season, Rachel Decious contributed some of the Seawolves’ highest scores on beam and floor. Equally impressive are her photography skills. Decious uses a distinctive combination of rich color and ever-changing perspectives to convey the beauty of her subjects.

Decious’s passion for photography began at an early age. She recounts how as a small child she’d constantly ask her grandfather if she could play with his camera. “I’ve always thought it was so cool,” Decious said. “Because you can take pictures from different perspectives for other people to see; because maybe they see things from a different point of view.” She describes her early attempts as “taking pictures of the most random things,” but emphasizes that she’s always tried to find what’s beautiful in the world around her.

These days Decious still shoots random things; her work features a variety of subjects ranging from breathtaking Alaskan wildscapes to iconic Victorian architecture in San Francisco. She’s also taken impressive shots of her gymnastics teammates in action. Just as when she was a child, Decious’s artistic goal remains “show[ing] what I see through my eyes and bring[ing] out the beauty in things.”

More of Decious’s photography can be found on her Instagram.

“I started [photography] about a year ago because I started making my food look pretty after being inspired by some accounts on Instagram,” said Knapp. Now she makes and photographs mouthwatering vegan smoothie and Buddha bowls. Each one is brimming with elaborately cut fruit and vegetables of the most vibrant colors, all meticulously arranged on a luscious backdrop of grains or yogurts to look as delicious and enticing as possible.

And yes, she eats everything she posts. “Making my food look pretty and taking pictures of it has helped me to appreciate food more and have a healthy and balanced diet.”

According to Knapp, teammates and fellow photographers Decious and Winter Osbourne have been a valuable resource. “Since I only take food pictures, we don’t really shoot together,” she said. “But I definitely ask for advice when it comes to camera settings and editing.” Though it is a skill that requires practice, foodography is Knapp’s favorite way to unwind. “I do this just for fun. Instead of watching Netflix or something like that, I make smoothie bowls and take pictures,” she said, laughing. “I need that after a stressful day of gym and classes!”

More of Knapp’s foodography can be found here. 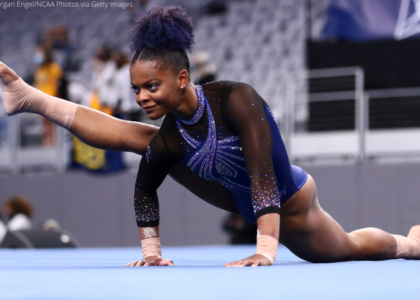