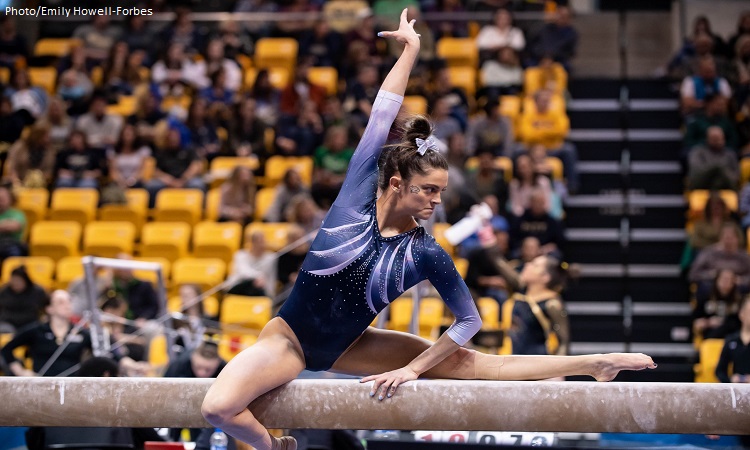 The day the email comes is such a joy: “Fantasy Gym is back for the 2019 season!” There’s always the small pang of fear that last year was the last year. MIT alumna Kristen Watkins, who founded and runs the site, works tirelessly to meet the demand of the growing fantasy audience.

In fact, there are so many Fantasy players that the site is often overloaded and crashes as trades open.

Gymnastics has passionate fans who are deeply invested in drafting a successful team, trading when things go awry and doing research to optimize scores. Because fans so avidly track scores—more than one editor here keeps a weekly high/low/average/RQS spreadsheet each year—they learn a great deal about the gymnasts on their teams. Beyond that, players learn about gymnasts not on their team when researching potential trades and draft picks.

Even if a player never watches the routines, through Fantasy fans are expanding their awareness beyond the power conferences. The game is so good for this because it is digestible: having only 20 members on a team makes it possible to research each gymnast in detail. And because conferences are sizeable, there’s no way to have a full, 20-member team made up of only well-known gymnasts.

As a result, gymnasts or teams outside of the national spotlight become fan-favorites and develop almost cult-like followings. We all rooted for Madi Ward-Sessions, who was a floor fantasy gem during her entire career, when she broke into the gymnastics consciousness after competing at UCLA this year. We loved Christina Berg’s gorgeous bar set that landed those of us who drafted her more than one excellent score. And Danielle Mulligan delivered on bars and beam week in and week out for not only New Hampshire but fantasy teams around the country as well.

We also know to look to New Hampshire for strong beamers, that the Ivies have some superstars and that DII sensations Texas Woman’s and Lindenwood have top-tier gymnastics. Fantasy makes learning about non-top teams fun and accessible in a way that reading articles about them doesn’t. These are teams that don’t always have streams, or videos that land on YouTube. We might not see the brilliance, but we know the scores.

So, thank you to Kristen Watkins, for creating something so fun and so important. Our sport is better for it, and we appreciate your hard work to make sure it continues.

Remember, when you’re frantically trying to get that trade that Fantasy runs entirely on donations. If you are able, consider donating so we all get that coveted email once again: “Fantasy Gym is back for the 2020 season!”