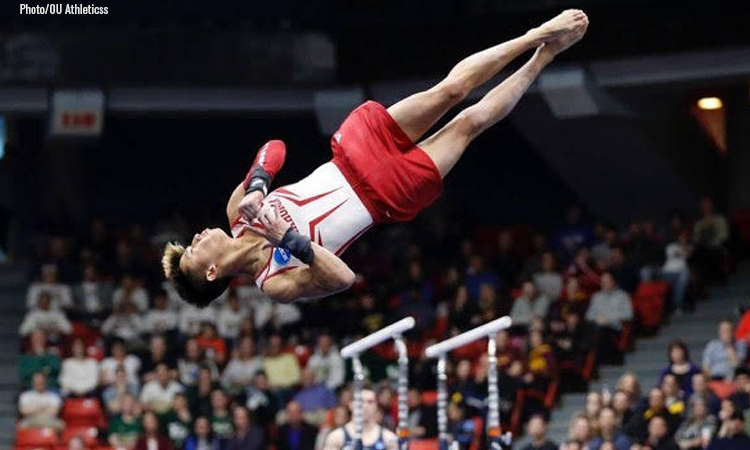 The NCAA championships are finally here! Twelve teams and a plethora of individuals have descended upon Champaign, Illinois, to end the 2019 season with a thriller. Oklahoma is in pursuit of a fifth-straight title and undefeated season while everyone else will give it their all to unseat the Sooners.

NCAA Championships Session I With No. 2 Stanford, No. 3 Michigan, No. 6 Minnesota, No. 7 Nebraska, No. 10 Navy, No. 11 California, and Individuals From Air Force and Springfield

Why You Should Cancel Plans For It: The first session of the championships features two of the four teams to have claimed the title in the past decade, as well as last years’ runner-up. Third ranked Michigan is the most recent non-Oklahoma team to have won the title in 2014, and comes in ranked just behind Stanford, who gave the Sooners a run for their money two weeks ago at the MPSF championship. Minnesota finished second last year, and is still a threat this year despite only being ranked sixth entering this weekend. However, at the Big Ten championships a few weeks ago, Nebraska finished ahead of the Gophers, and the Huskers would love to do so again and hopefully qualify for the team finals in the process. Navy and California round out the list of teams in the first session, and both squads have several individuals who should be able to advance to the final day of competition.

What Else You Should Know Before Tuning In: Several gymnasts competing in this session finished as runner-up for NCAA titles last season. Minnesota’s Shane Wiskus took second in the all around, Stanford’s Grant Breckenridge placed second on high bar, Anton Stephenson of Nebraska finished second on vault and Michigan’s Jacob Moore tied for second on floor.

Why You Should Cancel Plans For It: The quest for five consecutive titles begins here for Oklahoma. Barring a catastrophe, the Sooners should be able to advance to the team finals as they enter as a heavy favorite. Illinois and Penn State come in ranked as the other two teams who should advance, but Iowa beat the Nittany Lions and Ohio State beat the Illini earlier this season, so anything is possible. Army is coming off of its best season since 2007—the last time the Black Knights qualified as a team—so if everything goes wrong for the higher seeded teams, keep an eye out for Army.

What Else You Should Know Before Tuning In: Every returning champion from last season is competing in this session. Yul Moldauer of Oklahoma is the defending all around, floor, vault and parallel bars champion, Alex Diab of Illinois is the defending champ on rings and Penn State’s Stephen Nedoroscik will aim to win his third pommel horse title in as many years. Sooners head coach Mark Williams will be looking to win his 10th team title for Oklahoma.

Why You Should Cancel Plans For It: It’s the final collegiate meet of the season! What else is there to say? Whether it’s Oklahoma making history by winning its fifth-straight title and completing four undefeated seasons or another team upsetting it for the surprise win, there will be reason to celebrate and it will undoubtedly be a great meet to watch and end the season.

READ THIS NEXT: The Mount: Week 16 WAG